The New APA Website. By reading this you are participating in a major advance taken by the APA. Our terrific Information Architect, Samuel Huskey, has created a more attractive, flexible, and interactive format for the site. This format will make it much easier for interested parties to find out about our organization and what it has to offer them. For me this development is both exciting and scary, since I will have to learn how to utilize the site’s new features effectively. But that goes with my territory, and I’ll do my best!

The Association’s Change of Name. From the outreach perspective, the change of name to Society for Classical Studies is a big step forward, and I am glad it passed. Like the website, the new name will be much more effective in helping individuals who are looking for “classics” or “classical studies” find out about us.

Making Friends of Classics. APA President-elect Kathryn Gutzwiller has proposed a new category of membership in APA designed for educators and the interested public. This new category, with reduced dues, will offer benefits such as the association’s Outreach journal Amphora; the APA Newsletter; discounts on books from Oxford University Press and Blackwell Books, the opportunity to purchase a subscription to the American Council of Learned Societies Humanities E-book Series; the regular member fee for registration at the annual meeting; and email announcements and online participation in APA blogs. Undergraduate Classics majors within two years of receiving their degrees can get one-year membership in Friends of Classics FREE. More about this new category soon!

Outreach Prizes Awarded  2012 and 2013. The annual Outreach Prize recognizes outstanding projects or events by an APA member or members that make an aspect of classical antiquity available and attractive to an audience other than classics scholars or students in their courses.

The 2012 prize was awarded to Prof. James T. Svendsen, Professor Emeritus of the University of Utah, for his work with the Classical Greek Theatre Festival of Utah. Prof. Svendsen helped found the group in 1971 and has served as the producer and dramaturge of this festival since then. The Fall 2012 production of Antigone was performed in Salt Lake City, Provo, Ogden, Zion National Park, and the University of Colorado in Denver. As dramaturge Prof. Svendsen makes sure that the festival chooses modern translations accessible to general audiences, provides on-line study guides and questions, and offers pre-play lectures before every performance.

The 2013 Prize will be awarded at the annual meeting in Chicago. Stay tuned for details!

A happy development: the APA Board of Directors has previously been asked to approve the recommendations of the Outreach Prize Committee. At a recent meeting they decided that such approval is no longer necessary.

The Committee on Ancient and Modern Performance (CAMP) has defined their primary mission for 2013 as developing policies and materials to demonstrate that performance is a form of scholarship and should be recognized as such. They aim to produce a document that show what research in performance looks like, possibly with the aim of revising the APA’s statement on research. They note that the location of CAMP in the Outreach Division can be seen as reflecting a view that performance is not scholarship, but seek to define how performance achieves both outreach and research.

At the APA annual meeting in Chicago 2014 CAMP will present a panel on Color in Ancient Drama in Performance. When the ancient playwright mentions specific color in a text, modern designers have a direction for their work. Without specific comments in the play, however, designers must make choices about color. Confronted with objects as omnipresent in ancient theater as masks, one wonders whether they should be painted the color of human flesh and if so, what shade, and to what effect? Color is not restricted to stage properties, costumes, or set design. Ancient drama – tragedy and comedy – calls for the representation of non-Greek and non-Roman characters (barbarians) and non-human characters (Cyclopes, satyrs, frogs, birds, etc.) on stage. How can color, how has color been used to depict the Other on stage? The panel, organized by Timothy Wutrich of Case Western Reserve University, will take place on Friday January 3, 11:15-1:15.

CAMP will also sponsor a staged reading of Plautus’ Rudens, aka The Rope, directed by Alison Futrell (University of Arizona) and John Given (East Carolina University) and performed by APA members. This is the journey of a plucky young woman, kidnapped, torn from the arms of love, shipwrecked, waterlogged, menaced and manacled, to be bound again at last by the salty ties of tender devotion—a ropey tug-of-war to tug your heartstrings and tease your toes to tapping! There will be singing. There will be dancing. There will be silliness. The performance will take place from 7-9 p.m. on Friday January

3. Below, the cast and directors of last year’s Alcestis in Seattle. 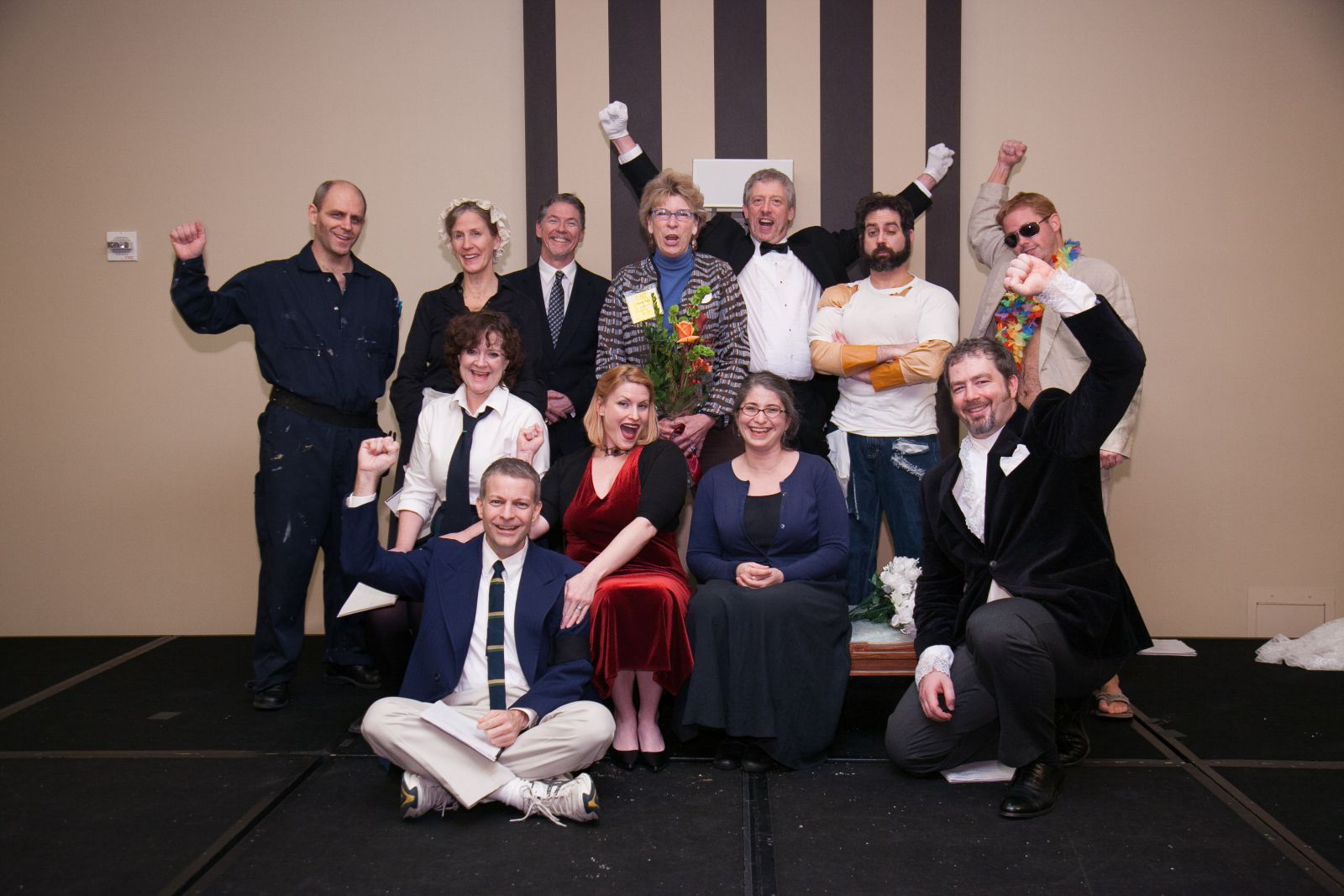 The Committee on Classical Tradition and Reception will sponsor a panel on Refracting the Great War: Classical Receptions in English Literature 1918-1929. The “Great War” of 1914-1918 represents a critical moment in world history, politically and culturally.  For Classics, at least in Britain, the tectonic shift is symbolically marked by the abolition of the compulsory Greek requirement at Oxford and Cambridge in 1919-1920.  And yet Classics continued to hold a central place in the literary consciousness of the time, even (or especially) within the modernist movement.  Taking its cue from Elizabeth Vandiver’s groundbreaking Stand in the Trench, Achilles: Classical Receptions in British Poetry of the Great War (Oxford, 2010), this panel seeks to reflect on the centenary of that conflict by exploring some of the ways in which Classics was exploited by poets and writers of fiction in the post-War period in their negotiations of the horrors of the War and the changes it generated. The panel, organized by David Scourfield, National University of Ireland, Maynooth, will take place on Saturday, January 4, 1:30-4 p.m

The Outreach Committee will sponsor a panel on What We Do When We Do Outreach. This “hands-on” panel is designed to demonstrate the wide range of interesting and valuable Outreach work being done by classicists. The panelists, each of whom is in a different area, will describe their work. This panel could lead to greater coordination of Outreach activities nationwide which would allow interested parties to get more information about Outreach, exchange ideas, and perhaps create new alliances and activities. I organized the panel, which will take place Sunday January 5, 8-10:30 a.m.

Looking ahead to the 2015 meeting in New Orleans: CAMP and COCTR have issued calls for proposals of topics from members willing to organize their panels.

The Dionysiac. The Dionysiac is a listserv associated with the Committee on Ancient and Modern Performance.  Anyone who wishes to post and receive notices of productions of ancient drama in the U.S. and Canada can subscribe by contacting Hallie Marshall.

Roman Comedy in Performance. In summer 2012 Sharon James (UNC) and Timothy Moore (Washington University) directed an Institute on this topic sponsored by the National Endowment for the Humanities. Participants in the Institute staged scenes from Roman comedy in different ways. The performances were filmed and posted on YouTube: See the videotaped scenes at: https://www.youtube.com/channel/UCmBs1K1ruw2i48CmDku1HrQ/videos?view=0.

People all around the world are tuning in: the scenes have been viewed on YouTube more than 8,000 times since early September 2012. Viewers in 49 U.S. states (plus Washington, D.C.) and in 92 countries are continuing to watch the clips. Viewership took a lull during the summer, but leapt upwards in early September, presumably because of classroom usage.  In the last six weeks alone, there have been over 1,000 views in 55 countries.  Below, one of the scenes. 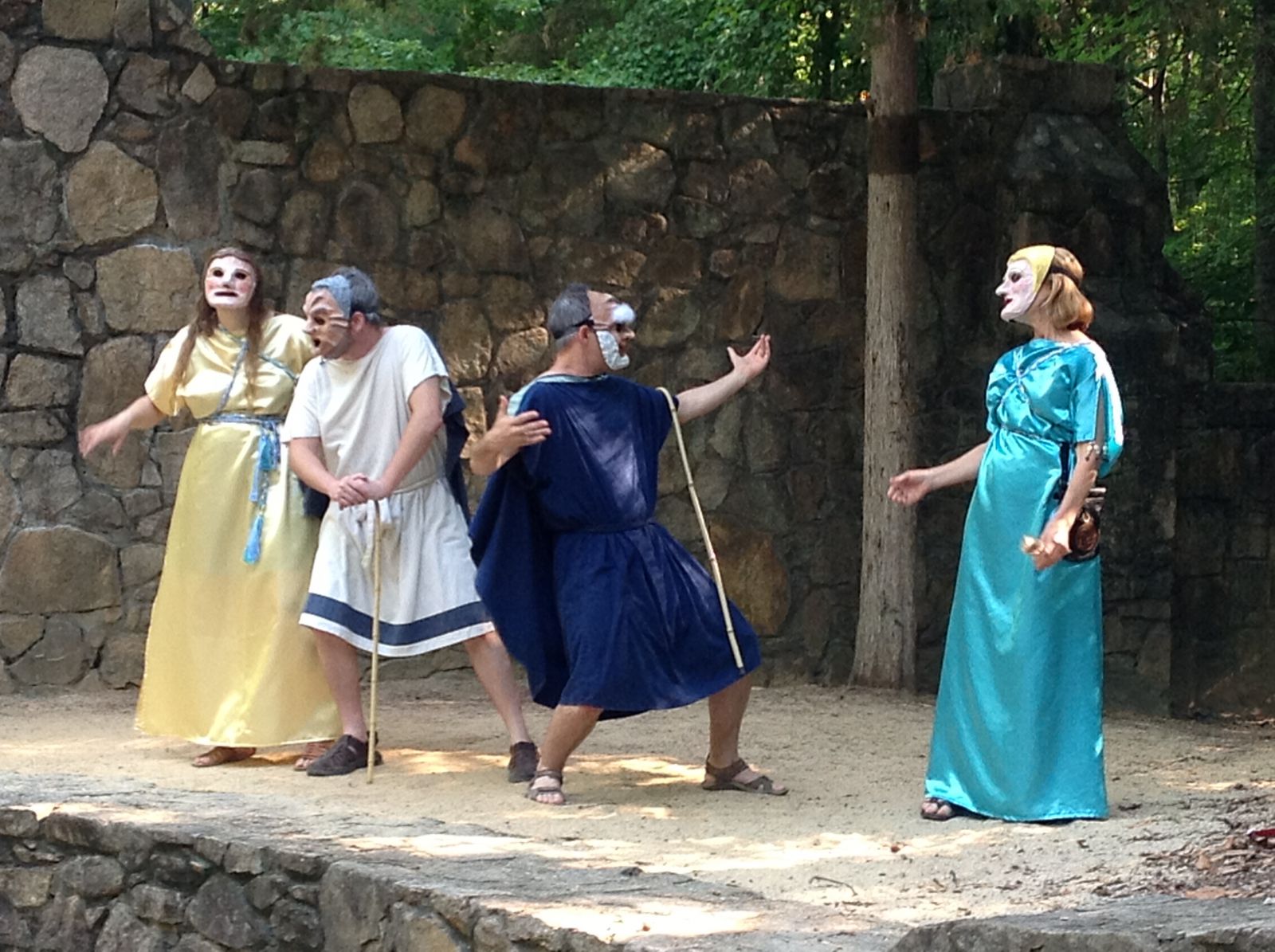 The Iris Project. This estimable U.K. project is an educational charity started in 2006 in order to bring ancient languages and culture to inner city state schools and communities. The project offers a magazine, Iris, free for state schools and weekend/lunchtime classes, and soon expanded to many state schools as a part of the literacy curriculum.The latest annual magazine edition, sixty colorful pages. is just out. Its theme is money in the ancient world and its contents include:

Order your copy at http://irisonline.org.uk/index.php/iris-orders/iris-annual.

The Classical Receptions Studies Network is another terrific U.K. project. Organized by the Open University (www.open.ac.uk/arts/research/crsn) and administered by Anastasia Bakogianni abakogianni@hotmail.com, its Newsletter is always full of notices about upcoming conferences and calls for papers on a wide variety of topics.

I welcome your comments and suggestions at any time.