Amphora: American Furies: Justice in Cormac McCarthy’s No Country for Old Men And the Oresteia Trilogy 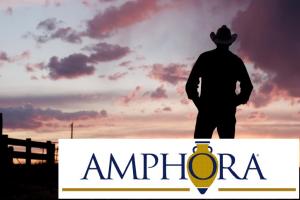 Cormac McCarthy’s No Country for Old Men (2005) depicts the damage done to the west Texas hill country by both the violent cross-border drug trade and the ineffectual law enforcement that attempts to contain it. The novel’s exploration of what happens to a society that is unable to police itself shares that same central theme with Aeschylus’ Oresteia trilogy (Agamemnon, Choephoroe, Eumenides). The better-known parallel between McCarthy’s works and ancient literature is between his novels and the Bible, a comparison encouraged by certain titles (Child of God, Cities of the Plain), and by his focus on the collapse of society and the accompanying tectonic shifts in moral order. But much in McCarthy’s writing also welcomes a comparison with Greek tragedy, a genre that shares McCarthy’s interest in juxtaposing the limits of human understanding with the human desire to pursue knowledge despite the cost. In particular, No Country for Old Men and the Oresteia resonate with each other in terms of literal events, which depict characters struggling to resolve a situation that resists resolution, and in terms of the sweeping implications of those failures. Although what lands Aeschylus’ Orestes and McCarthy’s Llewelyn Moss in their life-threatening predicaments is quite different, the consequences of those actions betoken a breakdown of both societies. As a result of the failure of traditional rituals of justice in west Texas and in Argos, Anton Chigurh and the Furies—supernatural agents of their respective worlds—are summoned to apprehend the guilty and to restore order. But it is at this point, when the fate of both communities hangs in the balance, that McCarthy and Aeschylus unfold the future of ancient Greece and of modern America in a contrapuntal manner: one of these communities, guided by the wisdom of men and godly authority, will redeem itself and step into an age of reason and order; the other will slip into the abyss. What accounts for this difference rests on each community’s ability to recognize the divine avengers and to react accordingly, but the dissimilar trajectories of each world also reflect another conceptual parallel between No Country for Old Men and the Oresteia, namely that the quality of contemporary conditions rests upon that of the past.

The openings of Agamemnon and No Country for Old Men reveal human communities longing for the past and fearful of the future. Agamemnon’s Watchman pines for the good old days (Ag. 1-21), but despite the hope provided by the beacon, the processional entrance of the Argive elders ends with an image of a Fury come to punish the guilty (Ag. 40-59). In Terrel County Texas, Sheriff Bell reflects on his past as a lawman and on the emergence of “some new kind of criminal whose crimes defy understanding” (1-2). Traditional forms of conflict resolution—the lawmen of the American West and the Homeric code of self-help justice—are unable to provide protection; Bell always arrives late to crime scenes, just as the Argive elders impotently debate while their king is murdered (Ag. 1346-1371). This failure widens the gyre of violence, and those who should be innocent of any crime are sucked in as well. In this impotent system, when Orestes and Moss do act, their actions prove both ineffectual and irresolvable: Orestes is told that the Furies will come to destroy him, either for killing Clytemnestra or for failing to avenge Agamemnon (Cho. 269-305), and Moss finds that whether he attempts to keep the money or return it, he is a dead man (184-185).

Even the gods and other preternatural forces cannot remain unaffected and uninvolved in the spreading chaos. At the opening of Eumenides, the Furies manifest themselves, while Moss’s theft summons Anton Chigurh, the “prophet of destruction” whom Bell feared (4). Chigurh and the Furies are mythic kin, implacable hunters who transgress established boundaries in pursuit of their quarry: the Furies enter even the innermost shrine at Delphi in pursuit of Orestes (Eum. 34-63); Chigurh moves in and out of restricted crime scenes and locked rooms at will (58-61, 242-245). More importantly, both define their actions in terms of a larger hierarchy of order that must be upheld. In the court of Athena, the Furies assert their claim to hound murderers to their deaths, an ancient and fundamental rite (Eum. 349-371). Chigurh is likewise eloquent in expressing the necessity of his actions, telling one victim “every moment in your life is a turning and every one a choosing. Somewhere you made a choice. All followed to this. The accounting is scrupulous.” (275-279)

It is each community’s recognition of these spirits of justice and the divine systems they represent that transforms society for better or for worse. In presenting the Furies on the stage, Aeschylus taps into the power of the Greek belief that if one can see the Furies, one is marked as a target for retributive justice. The gruesome appearance of the goddesses, more like Gorgons than women, with foul breath, eyes that weep pus, and mouths that suck blood from their victims (Eum. 48-56), underscores the threat they represent. The collective recognition of the dire nature of events betokened by the presence of the Furies provides a moment for resolution and transformation. The sound judgment of men, guided by Athena’s wisdom, creates a court to act as the community’s voice and hand, so that humans themselves may delineate what is justice and where punishments end (Eum. 470-489). In this same spirit of community judgment and just settlements, the Furies are transmuted to the Eumenides, spirits who bless the houses of men, but who also stand ready to resume their roles as blood avengers, should the wisdom of the courts fail (Eum. 917-938).

There is, however, no such resolution for McCarthy’s west Texas. In contrast with the appearance of the Furies, Chigurh “looks like anybody, medium height, medium build” (292); only when he confronts those he hunts, do supernatural effects occur, like “the whole room [...] pulsing slowly...[a] cool wind...[a]s if a door had opened somewhere” (110-112). Moss senses that there is something in this man “beyond his experience” (112), but nonetheless he is unable to understand what is hunting him. Even Carson Wells, an experienced cartel operative who claims to know Chigurh, writes him off as merely a psychopathic killer (141). There is no authority, like Athena’s court, that can apprehend Chigurh or comprehend the implications of the divine absolutism that he serves. In the absence of such understanding, only random chance, such as a coin toss, can spare an individual, be they guilty or innocent (259-260). Near the close of No Country for Old Men, after his repeated failures to save Moss or arrest Chigurh, Bell retires, wondering what the future will hold when human law fails and something inhuman holds sway (263-279).

McCarthy, because of his focus on eschatology, is often accused of nihilism in his works, but here I think the Oresteia provides another parallel for reading No Country for Old Men in a different light. The Oresteia enacts a pivotal moment in Athenian cultural heritage: the founding of the Areopagus court. Performed in 458 B.C. during a period of unparalleled growth for Athens, these plays remind the audience that contemporary glory rests on the good deeds of the past, and that continued morality is what allows the Furies to remain kindly spirits of civic prosperity. Similarly, although No Country for Old Men was published in 2005, its dramatic date is the early 1980’s. Here, too, the audience can witness, through the veil of myth, the genesis of current social conditions. The escalating violence at the US/Mexican border, the rapid growth of “narcoculture” with its adoption of Santa Muerte (Holy Death) as patron deity, and the failure of traditional law enforcement methods that the novel presages, all began decades ago. Similar to the connection between past virtue and the achievements of the Pentecontaetia implied in the Oresteia, No Country for Old Men suggests that contemporary ignominy rests on the moral and ethical shortcomings of the past. To this end, McCarthy does leave the reader with hope that humans can regain the ability to police themselves and escape the unsparing divine order Chigurh represents. At the close of the novel, Bell dreams of riding with his father on a difficult trail though the mountains at night. As his father pushes on, riding ahead of him, Bell sees that he is carrying fire in a horn, like in the olden days, and he knows that when he catches up to his father, the fire will be waiting for him (308-309). Images of carrying fire in McCarthy are cognate to the fire Prometheus stole from Olympus, a symbol for intelligence, knowledge, and humanism. In No Country for Old Men, that fire is visible only in dreams, but perhaps not lost forever.

1 A portion of this essay was presented in a paper (You Can’t Escape What’s Coming: The Horror of Justice in Cormac McCarthy’s No Country for Old Men and Aeschylus’ Furies) at the 21st annual conference of Mid-Atlantic Popular & American Culture Association in Alexandria, Virginia, October 28- 30, 2010. I owe many thanks to the editors at Amphora for their helpful feedback and patience, and to Doug Rosenbecker for his insight into Western fiction.

3 For example, the Kid (Blood Meridian [1985]) and Sophocles’ Oedipus insist on discovering their own identities in the face of personal peril; the revelation of that knowledge leads to terrifying transformations for each.

4 I would argue that there is a parallel between the actions of Moss and Orestes, even if the specifics of their deeds are different. Moss’s decision to take a satchel of drug money that he finds at the scene of a shootout (17-18) is a crime, but it is his decision to return to help an injured survivor, arguably the “right thing to do”, that dooms him (24, 27). Similarly, Orestes murder of his mother is a crime that dooms him, and yet it is the proper action according to Apollo.

5In particular, Cassandra is a blameless casualty of unresolved blood justice; similarly Moss’s wife Carla Jean is held accountable for the crimes of her husband through no fault of her own.

6Carmen Boullousa and Mike Wallace’s A Narco History: How the United States and Mexico Jointly Created The “Mexican Drug War” (2015) provides an overview of the growth of the Mexican cartels in the 1980’s and their long-term impact on each side of the border.

Karen Rosenbecker is Assistant Professor of Classical Studies at Loyola University New Orleans. She teaches Greek and Latin at all levels, as well as courses in the Greek and Roman drama, poetry, and culture. Her current scholarly projects include exploring the reception of the Classical past in Cormac McCarthy’s No Country for Old Men and unraveling the union of food and political rhetoric in Aristophanes’ Birds.