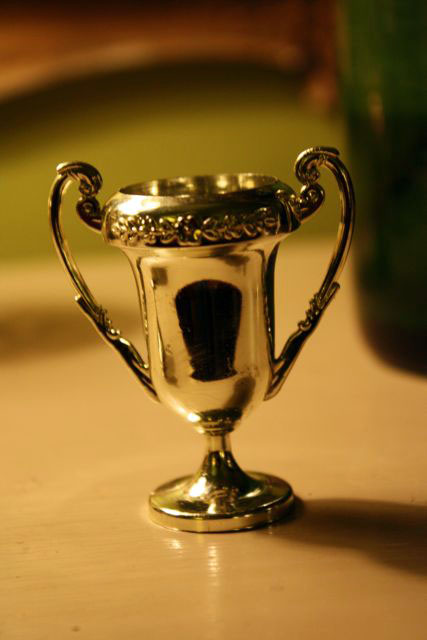 Monessa Cummins has taught at Grinnell College for nearly thirty-five years, and she has taught almost every course offered by her department, from her original expertise in Greek poetry to Greek and Roman history and archaeology and art and Latin and Greek, to study abroad in Greece.  This is a reality for many who teach at small institutions, as is the prevalence of unrecorded overloads with individual students or small groups. But Dr. Cummins, according to both students and faculty colleagues, does all of this, and does it extraordinarily well.  Everyone speaks of her high standards, but also of the riveting way she conducts her classes, such that, to quote her nomination letter, “the students are all on and with her the whole time”: no internet in the back row here!  She incorporates a variety of newer pedagogies into her classroom, while also grounding students in the basics, not just of Classics: in lecture courses, one student is assigned to be the “recorder” for each session, and that student reviews the material for two minutes at the start of the following class meeting.  So too, one letter reports, students who have no interest in the Classical world sign up for her classes because they know it will – she will – make them better writers.

Dr. Cummins is also, just as clearly, a role model to her students outside of the classroom.  Student letters abound with stories of her humanity, her caring attitude, and her strictness.  It goes without saying that at a place like Grinnell a teacher like Dr. Cummins is legendary: while the college does not offer teaching awards, there is a lively grapevine that has students seeking her out from their very first semester, and adding Classics as a major, either in addition to what they thought they were going to study in college, or instead of it.  One of her faculty colleagues calls her teaching “challenging, effective, and inspiring,” and this committee agrees.

The rethinking of curriculum is of course not the kind of thing students necessarily even know about, but the letters from her faculty and administrative colleagues attest to Dr. Cummins’ hard work and achievements in this area as well.  Like many institutions, big and small, Grinnell’s classics department has created a civilization-based track, and she led the department in a reassessment and redesign process that, according to one colleague, resulted in “harmonizing our individual goals and pedagogies,” and in the creation of multidisciplinary courses that play to her particular strengths, and with subject matter that varies from the Trojan War to the debates around cultural patrimony.

We are honored to recognize Professor Monessa Cummins for her devotion to teaching with the SCS’s 2018 Award for Excellence in Teaching of the Classics at the College Level.

Imagine how students react on the first day of a class on Athens, when their professor tells them that, in the radical democracy of this class, they will be expected to decide how the required material will be considered, how the class will run, how their progress will be assessed, and that they will have to argue for and vote on any change. Mid-semester may find them begging for a tyrant, while struggling with the untidy realities of a truly democratic society. Or consider a class on Sparta, in which students are immediately divided into messes, which will not only work together but receive both reward and punishment for the behavior of individual members. Or a class on ancient athletics in which extra credit is earned through competition with a classmate: push-ups or footraces, songwriting or painting, all are fair game. This kind of experiential learning is a hallmark of Dr. Mike Lippman’s approach to the classroom, and his students eat it up! One student remarks that the Sparta course “put [her] in a position of leadership among [her] peers, forced [her] to make hard choices, and caused [her] to think and exist outside of [her] comfort zone,” exactly the aims of a liberal arts education. Cicero would be pleased.

Dr. Lippman’s innovative pedagogy compels profound, personal, and critical engagement among his students. One of his colleagues at the University of Nebraska-Lincoln comments on his “Pied-Piper-like ability to bring students into our department.” Indeed, since his arrival the number of majors has doubled. And it is not just Classics enrollments that have benefitted from his consummate teaching skills. Beginning Greek enrollments have tripled, and Dr. Lippman is now teaching the first upper level Greek classes offered at UNL in years, often creating these courses in response to specific student interests. The devotion he commands among his students is no better illustrated than by the final comment on one course evaluation: “I just want him to be proud of me.”

But his passion for the Classics is not restricted to the classroom. Since his arrival at UNL, Dr. Lippman has instituted and supported a thriving Classics Club, which among other activities, stages an annual ancient battle reenactment attended by hundreds of students and faculty. He has also organized the Homerathon, a 24-hour reading marathon. Last year, it was Stanley Lombardo’s translation of the Iliad, and readers included students, faculty, staff, a city councilor, and ... Stanley Lombardo! This fostering of community is critical to the future of Humanities in general and Classics in particular, and it takes determination and charisma to make it work. One of his colleagues calls him a “force of nature,” and we heartily agree.

We are honored to recognize Professor Mike Lippman for his outstanding teaching with the SCS’s 2018 Award for Excellence in Teaching of the Classics at the College Level.

Read Wells Hansen's announcement about the new direction for Amphora