Blog: The Two Cultures: Classics and Science in a Time of Pestilence 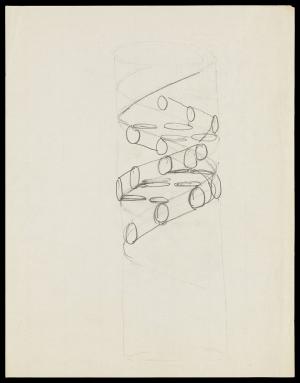 One of the things that makes Classics exciting is its openness to new ideas and innovative approaches to the study of antiquity. For instance, classicists have been in the vanguard of the digital humanities, using new methods to curate and analyze texts (e.g. TLG, DLL, Open Greek and Latin, and so on), inscriptions (EAGLE, PHI), and papyri (papyri.info), adopting innovative GIS technologies and platforms (Pleiades, Orbis), and deploying powerful tools to unlock precious fragments of lost works. Classical archaeologists, too, have a particularly strong tradition of openness to new tools and techniques, from isotope geochemistry in the study of ancient marble to novel ways of cataloguing and quantifying material and visualizing ancient structures and sites. Vibrant subfields like bioarchaeology and zooarchaeology are inherently interdisciplinary. More broadly, ideas and approaches informed by anthropology, economics, and psychology have enriched the study of antiquity for decades.

At the same time, there can also be skepticism toward interdisciplinary scholarship, especially work that tries to bridge the divide between the humanities and the natural sciences. The separation that C.P. Snow famously described as “the two cultures” remains as entrenched today as it was in the mid-20th century. Among the most basic reasons why: the kind of specialized expertise required to be a philologist makes it hard to have the training required to be conversant in, say, microbiology. Epistemological differences, varying conventions of academic writing, diverging attitudes toward co-authorship, even physical separation on campuses: all of these institutional factors reinforce the cultural divisions between the humanities and sciences and make it hard to collaborate.

While there is nothing new about the divide between “the two cultures,” every generation of scholars must find ways to work across disciplinary boundaries. We live at a moment when there are particularly exciting opportunities for scholars of antiquity to engage with natural scientists in a range of disciplines, from paleoclimatology to genetics. I’ll focus on the latter, because it intersects my own interests and because the COVID-19 crisis has made understanding the evolutionary history of human pathogens more urgent than ever. It is also a field where advances are happening fast — and where the near future is sure to present us with the opportunity for exciting new insights.

Progress in genetics has been driven by technological innovations that have made genome sequencing radically cheaper and faster. Consequently, our knowledge of human, animal, and pathogen genomes is growing at an exhilarating pace. One knock-on effect of being able to acquire so much genetic data efficiently is the ability to study ancient biomolecules (notably, DNA recovered from ancient skeletal remains). Since genes are handed down from generation to generation, genomes are a record of ancestry and thus a kind of historical archive. Modern genomes hold clues about the past, and the recovery of ancient DNA only enriches what we can know about history, because it provides snapshots of evolution at particular moments in the past. Ancient DNA has evocatively been called an “evolutionary photo album.”

While much of this work happens in the field and in the lab, classicists and historians have an important role to play in helping to frame research questions and in sharing what we know and don’t know about subjects like migration, animal husbandry, and medical history. The humanist’s acute, critical approach to definitions and categories is distinctly valuable in the context of this work. The infusion of new data from other fields does not make traditional philology any less important. At best, it can provoke new questions and heighten the intellectual value of what scholars of language, culture, and history can uniquely provide.

Let me give a few examples, drawn from the history of infectious disease, that highlight how fresh evidence can answer old questions or provoke us to ask new or better questions.

Some of the most exciting interdisciplinary work at present is focused on the history of plague, in the sense of the specific disease caused by the bacterium Yersinia pestis. The plague was a distinctly destructive disease. For instance, throughout the Second Plague Pandemic (the period of several centuries starting with the Black Death, during which plague outbreaks recurred in parts of Europe, Asia, and Africa), the plague caused the deadliest epidemics in Europe and the Near East. Plague also happens to be the disease whose history has been most closely studied by archaeogeneticists. We have already learned, and continue to learn, a great deal about the origins, evolution, and geography of this singular germ. This work has encouraged classicists and historians (especially medievalists) to reconsider the traditional record and to probe it with fresh questions. A close study of the ancient medical texts reveals that the disease was known, if dimly and second-hand, by ancient medical writers. The disease burst on the scene violently in the sixth century, beginning with the Plague of Justinian (ca. 541–544 ce), and it recurred for two centuries, in what is known as the First Plague Pandemic (ca. 541–750 ce).

When I wrote a chapter on the First Pandemic in 2017, it was with the benefit of then-recent molecular confirmation that the cause of the disease was indeed the bacterium Yersinia pestis. That confirmation alone is crucial, since it means that we can say with confidence that the biological agent of some of history’s most severe mortality crises was present during later Roman history. But of course, that is just the beginning of what can be learned, and a lot has happened in the field even in the last few years. Most notably, a landmark study screened samples from twenty-two late antique cemeteries and identified the disease in thirty skeletons from eight sites. Given the sheer unlikelihood of finding preserved pathogen DNA this old, and the extreme rigor applied to exclude false positives, this finding is simply extraordinary. It helps us answer otherwise intractable questions about the spread of the plague in regions where literary sources are lacking. And again, what is maybe most exciting is how much we still have left to learn in a fast-moving field. We don’t really know how the plague reached the Roman Empire; we still know relatively little about the plague’s patterns of persistence and recurrence; we have only the dimmest understanding of why it petered out and what role changes in rodent populations might have played — just to name a few pointed areas of ignorance.

The plague is a compelling example, because there is now smoking-gun confirmation of its presence in late antiquity. Consider another example where the implications of the new evidence are not so clear—at least not yet: the study of the Antonine Plague. Just a decade ago, it was widely accepted as fact among Roman historians that the Antonine Plague (a deadly pandemic that appeared in the mid-160s ce and spread to all corners of the empire) was caused by the smallpox virus (Variola major). This hypothesis was based on retrospective diagnosis from ancient sources, in this instance the physician Galen. Retrospective diagnosis is tricky at best, and the claim that the second-century pandemic was caused by smallpox always sat uneasily with medical historians of early modern times, since they had shown that smallpox suddenly became a much more severe disease in the sixteenth century (and hence was somehow new). In 2016, an important study of a seventeenth-century smallpox genome confirmed that modern smallpox was caused by a very recently evolved strain of the virus, striking a decisive blow against any simple identification of the Antonine Plague as smallpox.

Then came another unexpected twist. In 2020, researchers found previously unknown (and now extinct) strains of the virus in samples from early medieval northern Europe. Moreover, they estimate that the common ancestor of both ancient and modern strains of the virus was circulating around 1700 years ago, which means that human-infecting smallpox of some sort is at least as old as the later Roman Empire. (And, as Rebecca Flemming has pointed out, the fact that ancestral smallpox was not identical with modern smallpox means we know less about it than we would if they were biologically indistinguishable). Interestingly, the study also infers that earlier strains of the virus may have infected animals other than humans, in contrast to modern smallpox, which specializes in the human host. Since multiple sources describe the effect of the Antonine Plague on animals, scholars had previously been skeptical of smallpox as the culprit. Now, the evolutionary history of the virus encourages us to revisit the written evidence, open to the possibility that our ancient texts provide a precious window onto the adaptation of a new virus to human populations. Most of all, perhaps, the new evidence shows how much we still have to learn about the early history of this major human disease.

What is happening for pathogens is also happening for animals and for human populations. We can expect a lot more in the years to come, especially since much of the early work on human population history started in the more distant past and is now increasingly moving into more recent and well-documented periods.

Since this blog entry has argued for the value of interdisciplinary work in Classics, it would be fitting to close with some suggestions for how to foster such scholarship. This list is neither original nor comprehensive. I wouldn’t want to underestimate some of the very real constraints and obstacles, but to emphasize a few practical, positive efforts that might be made:

Classics has often been a pacesetter among the humanities disciplines in incorporating new ways of approaching old questions, but the divide between the “two cultures” always persists. I’m optimistic that we can continue and even strengthen the legacy of creativity and interdisciplinarity at a time when an agonizing pestilence has reminded us over and over again how much the sciences and humanities need each other.

Kyle Harper is Professor of Classics and Letters and Provost Emeritus at the University of Oklahoma. He is the author of four books, including a forthcoming global history of infectious disease, Plagues upon the Earth: Disease and the Course of Human History (Princeton, 2021).

10/25/2021
Blog: Queer Eye for the Dead Guy
In the modern world, we are confronted with questions surrounding gender daily, from pronouns in our email...
10/22/2021
Blog: Dissertation spotlight: A Tale of Four Cities: Exploring Classical Reception in Modern Hebrew
As I strolled one day in the old center of Tel Aviv, I entered the house of Haim Nachman Bialik, the Hebrew...
10/18/2021
Blog: Dissertation Spotlight: The Shape of an Empire: Environments, Economies, and the Nature of the Seleucid State
The Seleucid empire has long stood on the fringes of Classical scholarship. Following the conquest of the east by...
10/11/2021
Blog: A Latinx Casina
In the Spring of 2021, as her undergraduate UIC Honors College Capstone project, my student Luana Davila adapted...
10/08/2021
Blog: Ancient Worlds, Modern Communities: Greek Tragedy for Audiences Today
The Ancient Worlds, Modern Communities initiative (AnWoMoCo), launched by the SCS in 2019 as the Classics...
END_OF_DOCUMENT_TOKEN_TO_BE_REPLACED