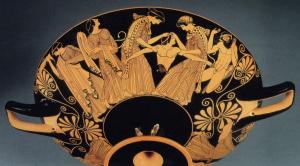 Medea, their first production, builds on a 2018 theatrical production at Oxford University. Amewudah-Rivers was drawn to Euripides’ play for its interest in identity, belonging, and the human strength individuals can find when pushed to their limits:

Medea’s story speaks especially to the marginalized experience. She’s an immigrant in a land that is not her home, and she is feared because of her “otherness.” I wanted to use the convention of the Greek tragic chorus to interweave expressions of ethnically diverse cultural celebration, and while at university, I wanted to involve as many global-majority students who wanted to express themselves creatively. My goal with Medea is to bring together marginalized communities and celebrate our differences in a collaborative space. 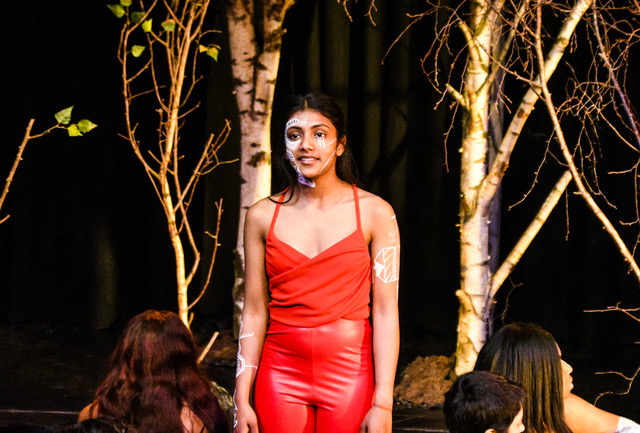 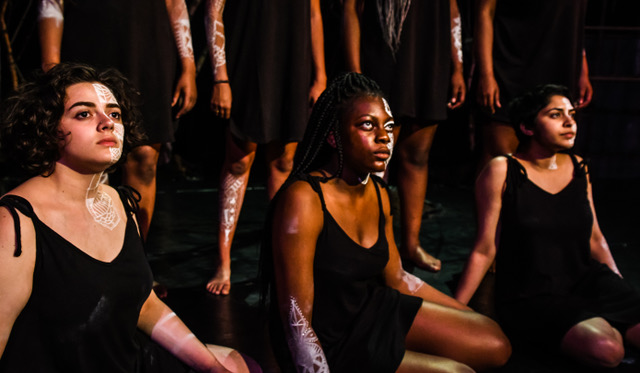 Shah and Amewudah-Rivers believe that their film can be used as an outreach and educational tool, promoting diverse and decolonized Classics at the secondary school level and beyond. They have partnered with UK charities to integrate their film into existing school curricula that relate to drama, history, ancient cultures, and Classics, especially for 14–16-year-olds.

In addition, Shah and Amewudah-Rivers will be artists-in-residence at Brown University’s Brown Arts Institute starting February 2022. They will do a film screening of Medea, visit theater and film classes, and run workshops on drama, translation, and adaptation. Their stay at Brown will be followed by an 11-week tour to more than 30 other colleges and universities across 12 U.S. states for screenings and related activities. Shah is particularly excited to work with students of different backgrounds and experiences:

We look forward to holding workshops and taking classes on our Medea, and sharing our experience of creating a global-majority production company. We also look forward to learning from students and building a global network of artists supporting Khameleon.

Along with the film, Shah is also working on a podcast series called Khameleon Classics. The podcast includes discussions with academics from all over the world and explores different aspects of Classics, including an investigation of the responsibility of Classics for the history of colonialism. Five episodes have already been released, including one on the staging of Medea, and its original production in 431 BCE.

The Ancient Worlds, Modern Communities initiative is also supporting another set of artists: composer, lyricist, and painter J. Landon Marcus and folk singer and performer Johanna Warren, who have spent the last 9 months adapting Euripides’ Bacchae into a musical. In collaboration with Out of Chaos Theatre Co. of London and with additional support from the Center for Hellenic Studies in Washington, D.C., Marcus and Warren filmed an abbreviated version as a virtual performance in September, which they will be streaming virtually on October 13. A live performance of the entire musical will hopefully be produced soon.

Marcus and Warren were both drawn to Bacchae for its contemporary relevance and timeless themes. They believe that its interest in gender, queerness, identity politics, and the relationship of humans to nature are crucial at this moment in human history. Marcus and Warren view our planet’s troubles as the result of a long-outdated, patriarchal understanding of the relationship between humans and planet. Climate change, habitat destruction, viral pandemics, continued violence against queer and trans people — all are related, and proof that our way of life needs to shift.

Pentheus, the king of Thebes and the play’s main character, acts as the quintessential patriarch in disregarding all these warnings and refusing to acknowledge the intrinsic value of nature and the feminine, which are embodied in the characters of Dionysus and his followers. Warren describes their approach:

Our modern approach to this ancient play is as a queer ecofeminist grief ritual: a lamentation for the destruction of our natural world and the misogynistic war against the wild feminine within each of us — and an examination of how these two simultaneous tragedies are inextricably linked. In our interpretation of The Bacchae, Dionysus and his followers represent the unbridled powers of nature and empowered feminine pleasure and desire; meanwhile, Pentheus, who fears and resists these forces by trying to discredit Dionysus’ status as a god and put an end to the Maenads’ orgiastic woodland revelries, is an embodiment of the rigid puritanical, patriarchal, xenophobic, homophobic power structures that unfortunately still have a stranglehold on much of human culture. 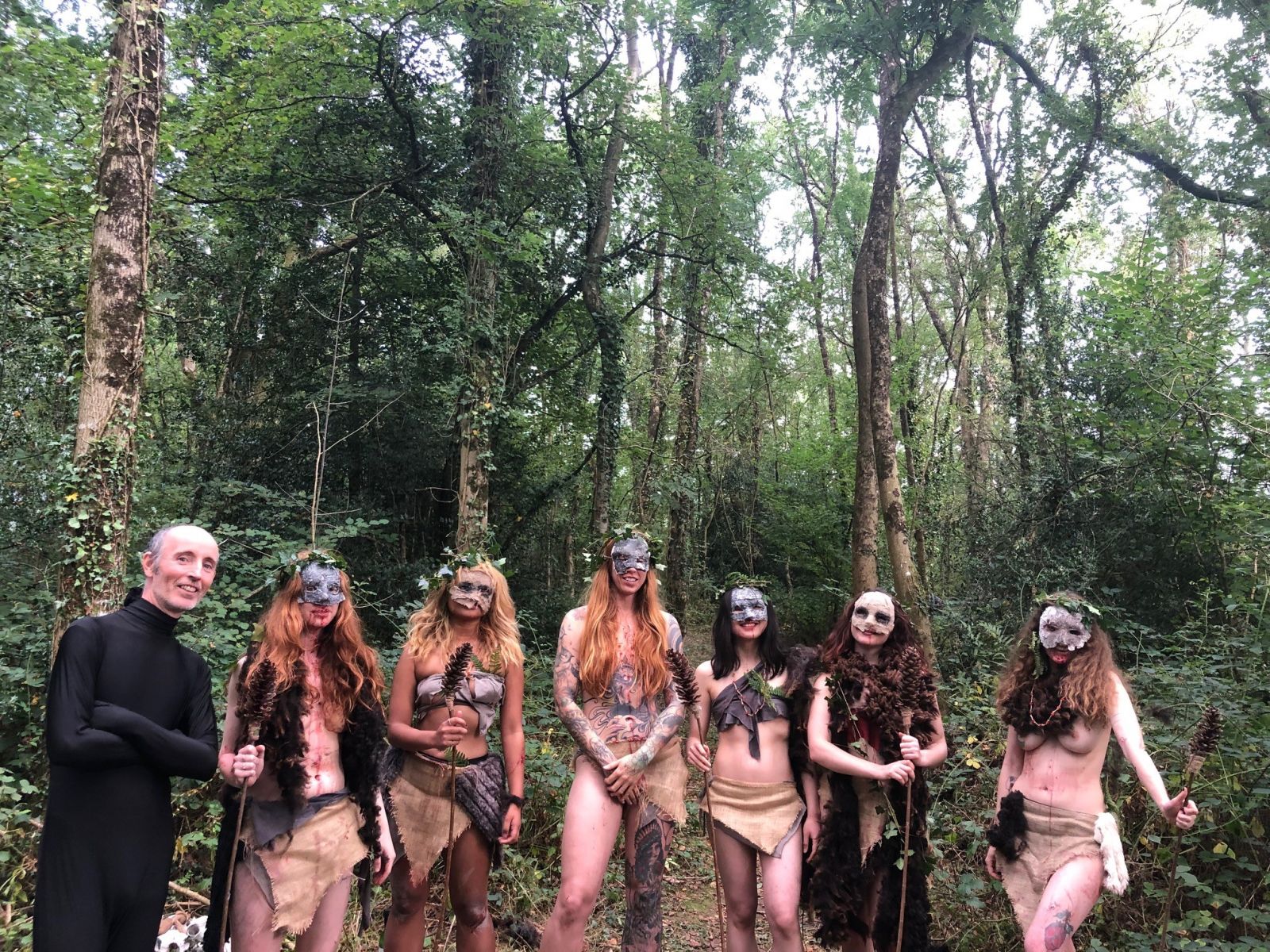 Marcus and Warren also star in the virtual performance, which was filmed in both New Mexico and Wales. Marcus plays Dionysus, while Warren plays both Pentheus and his mother Agave. The combination of roles of different genders is intended as a reminder that, regardless of anatomy or gender identity, we are all comprised of masculine and feminine energies, and harmony must be found between them. Warren discusses the relevance of their adaptation:

Our world has been run into the ground by millennia of Pentheuses at the helm. Out of their own insecurity and fear, these immature, toxic-masculine “leaders” have systematically beaten down women, people of color, and LGBTQI+ people, and committed unfathomable acts of ecocide in the name of short-term profit, because they have forgotten their connection to the great divine mother. We are living the consequences of this sad legacy, and Mother Nature is voicing her feelings loud and clear in the form of potentially apocalyptic climate crisis — just as Dionysus comes to render justice and ritually slaughter the patriarch who has denied his divinity. 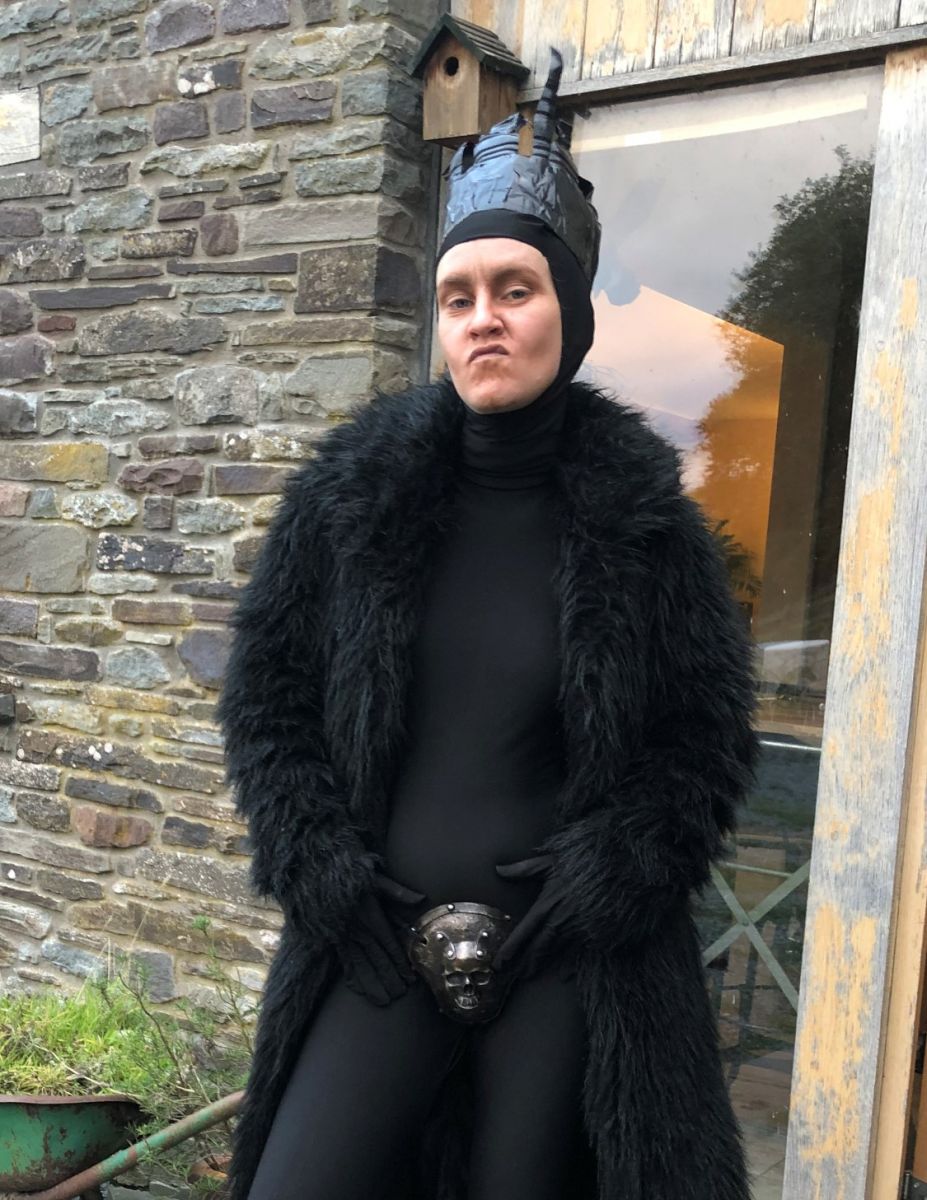 Figure 4. Johanna Warren as Pentheus during filming in Wales. Photo by Richey Beckett.

Marcus hopes that their adaptation of Bacchae will be performed live not only in the UK and the U.S., but also in Greece, where the tragedy originally premiered in 405 BCE:

A remarkable aspect of Euripides’ Bacchae is that its message has only grown more dire and pertinent to our times than ever. We hope to deliver this ancient warning to as many audiences as possible — and with the same fervor that once graced the amphitheaters of Hellas. 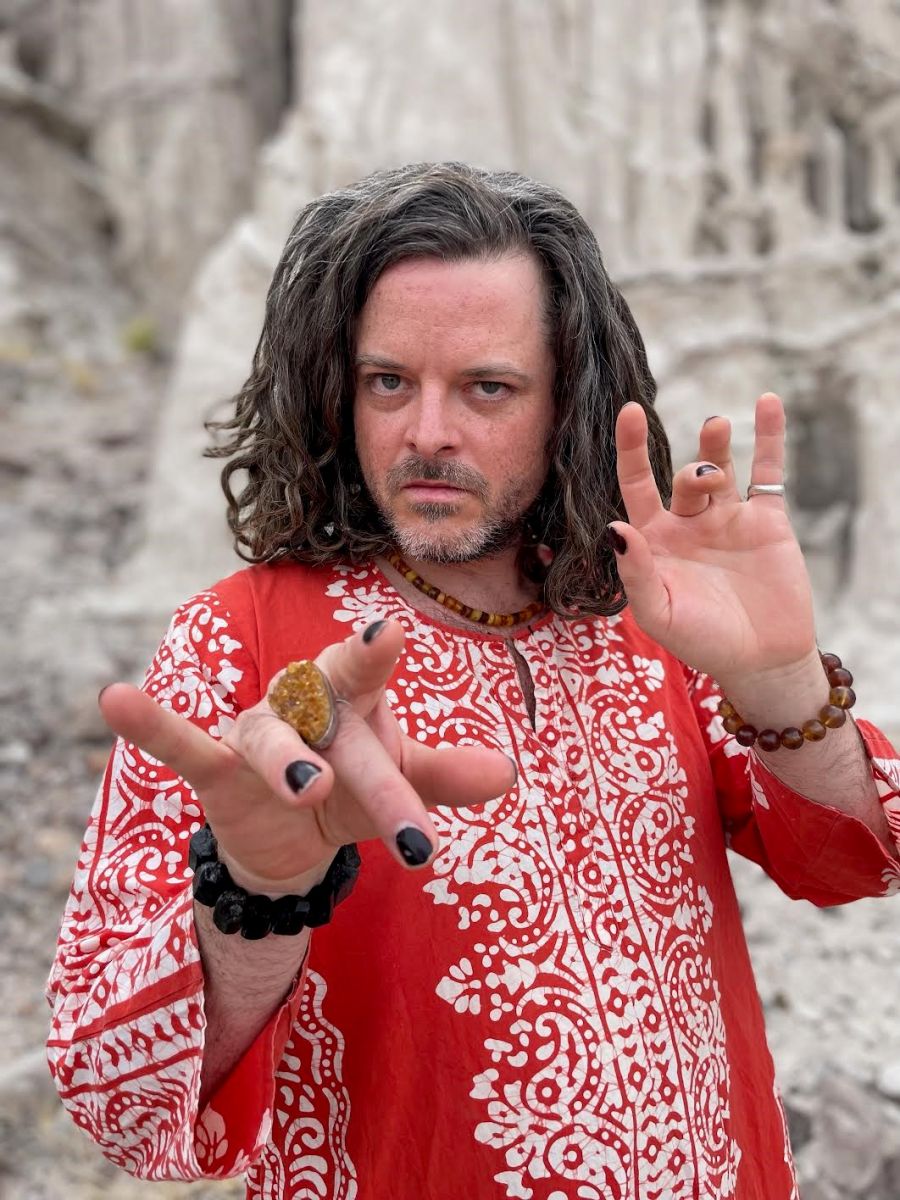 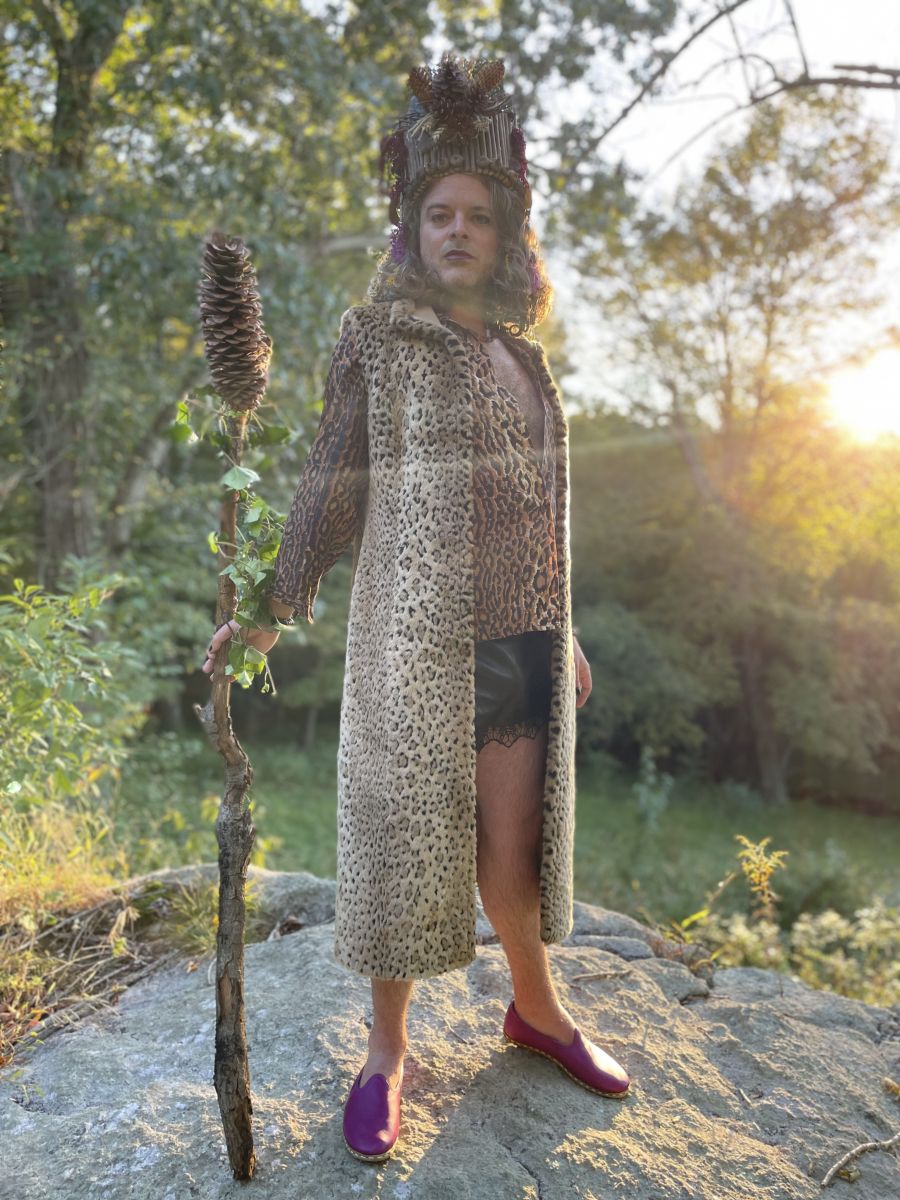 Donna Clevinger, Senior Faculty Fellow and Professor of Communication and Theater in the Shackouls Honors College at Mississippi State University (MSU), recently directed a performance of Prometheus Bound as part of the college’s annual Classical Week celebration. Each September, Classical Week aims to bring the entire campus and local community together in a series of interdisciplinary events around a specific theme. As this year’s theme was “Acts of Tolerance vs. Acts of Punishment: Taking the Journey to Find Justice,” Prometheus Bound was chosen for its interest in divine and human justice. The traditional outdoor presentations were forced indoors just five days before opening due to persistent wind and rain. However, most of the staging, costumes, and props stayed the same. The performances were accompanied by original music played live on a cello and were attended by almost 500 students, faculty, and members of the Starkville, Mississippi, community. On the following day, attendees were invited to a lecture on justice in Aeschylus, Homer, and Plato by Richard Eldridge, Lecturer in Philosophy at the University of Tennessee, Knoxville, and Charles and Harriett Cox McDowell Professor Emeritus of Philosophy at Swarthmore College.

Clevinger was inspired to direct Prometheus Bound when a friend suggested that the play is difficult to stage since Prometheus is tied to a rock for the play’s entirety and has long monologues that can be hard to follow. Taking up the challenge, Clevinger was inspired to show the play’s versatility, and decided to highlight Prometheus’ voice and the variety of his vocal expressions as each of his visitors comes to interact with him. With literary support from the play’s dramaturg, Timothy Wutrich, Professor of Classics at Case Western Reserve University, Clevinger also emphasized Prometheus’ skill in storytelling, his compassion and empathy, and his steadfast character, as he holds on to his ideas about justice throughout the play. Further variety was shown through the creation of distinctive costumes and movements for the individuals Prometheus encounters. Ocean, for example, came in on a scooter, bringing a humorous note to the play, while Io, in a nod to the gadfly’s pursuit, entered in a dash, turning and leaping from the theater’s auditorium, and never stopped moving, constantly showing her discomfort. 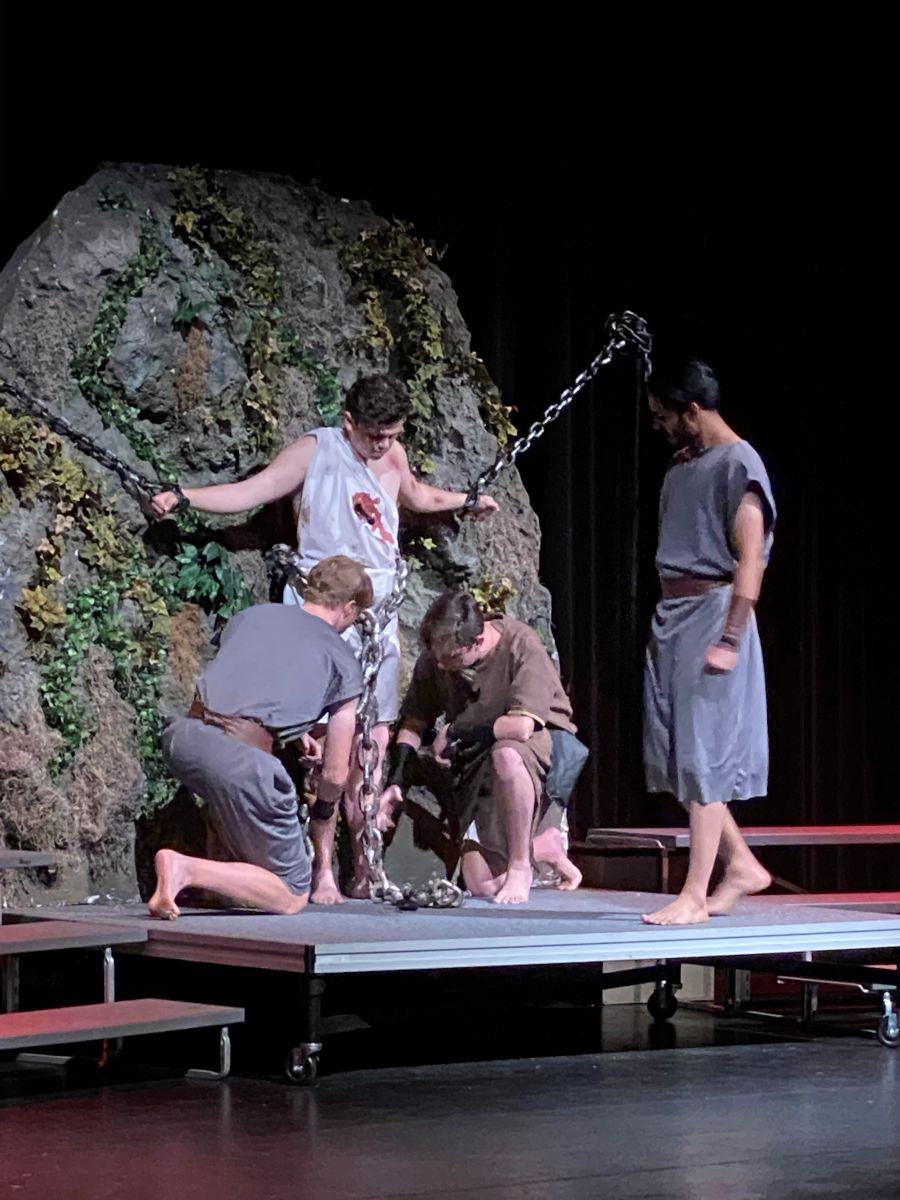 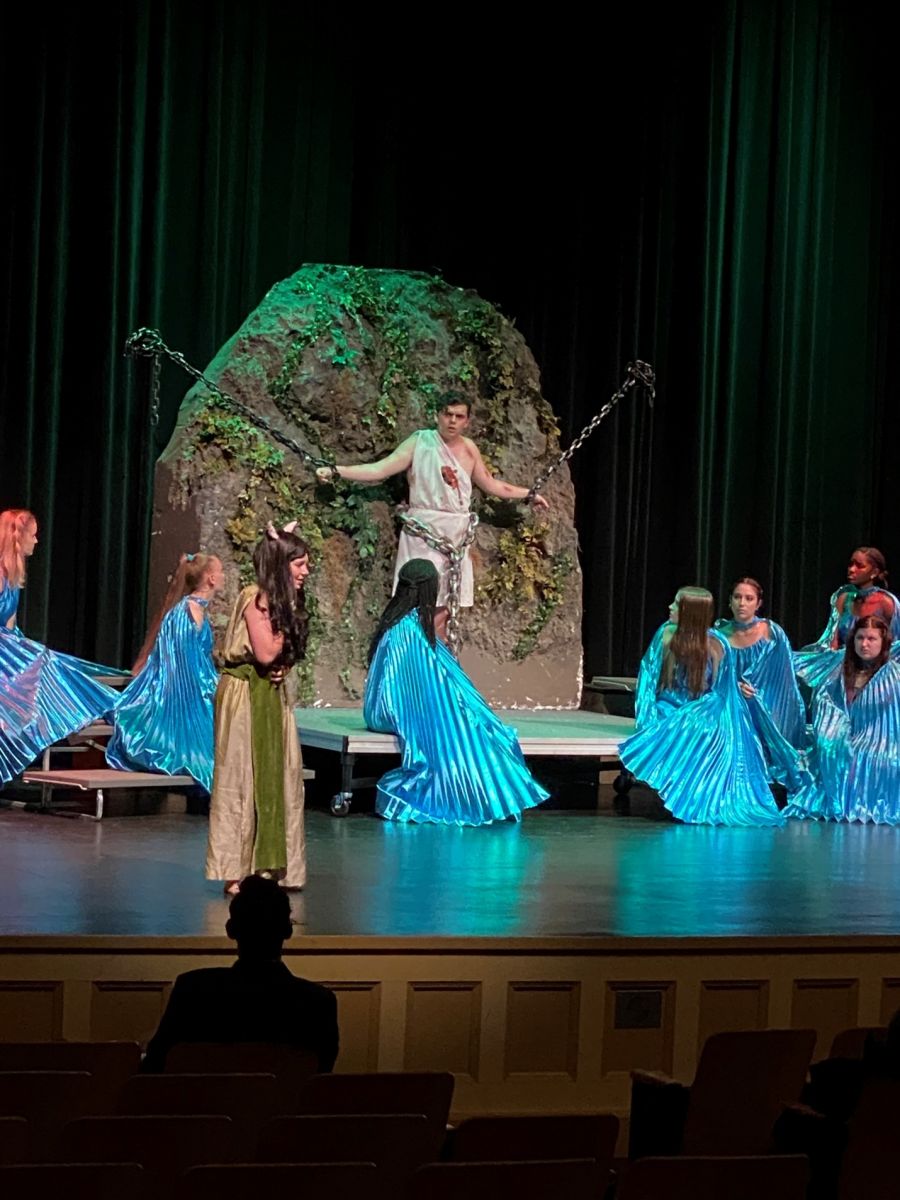 Figures 7 and 8. Photos from the performance of Prometheus Bound at MSU. Photos by Jack Parr.

Clevinger enjoys working on a play at the beginning of the academic year, as she loves seeing the students — most of whom are in their first semester at MSU — bond, mature, and build resilience in their first days at the college. For Clevinger, working on the play is also an opportunity to collaborate with local businesses. One such business is Costume Party, a costume shop which advocates for sustainable fashion and repurposes pieces from their vintage collection to create costumes for the student play. Costumer Connie Willsey writes enthusiastically about their collaboration:

I am so pleased to once again work with the MSU Honors College for their Classical Week production of Prometheus Bound. The collaboration between a local shop and the university is critical in the success of the costuming. As part of our costuming services, I attend the dress rehearsal to evaluate the costumes on the actors and observe how the costumes will move with the actor’s individual performance. Dr. Clevinger has an astute attention to detail with her costume styling ideas and we tailor the costumes to bring her visualization to fruition.

An immigrant marginalized and feared, a man in charge trying with increasing desperation to shut down women’s and natural power, an appeal to unbending authorities for justice — all these topics are not only subjects of Greek drama, but recurrent situations. Whether maintaining some ancient Greek traditions or adapting plays to focus on contemporary issues, these performances center on contemporary issues while inviting communities into the mythical, thought-provoking world of ancient Greece. 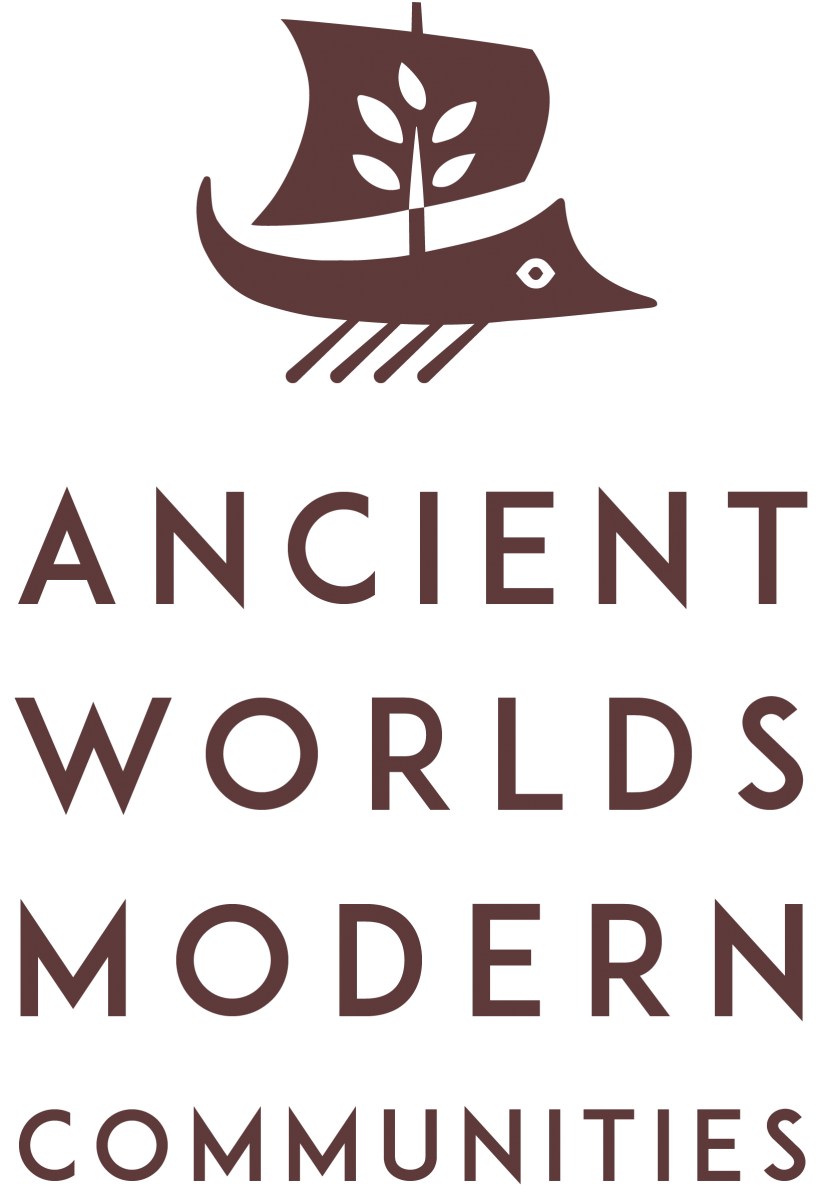 10/25/2021
Blog: Queer Eye for the Dead Guy
In the modern world, we are confronted with questions surrounding gender daily, from pronouns in our email...
10/22/2021
Blog: Dissertation spotlight: A Tale of Four Cities: Exploring Classical Reception in Modern Hebrew
As I strolled one day in the old center of Tel Aviv, I entered the house of Haim Nachman Bialik, the Hebrew...
10/18/2021
Blog: Dissertation Spotlight: The Shape of an Empire: Environments, Economies, and the Nature of the Seleucid State
The Seleucid empire has long stood on the fringes of Classical scholarship. Following the conquest of the east by...
10/11/2021
Blog: A Latinx Casina
In the Spring of 2021, as her undergraduate UIC Honors College Capstone project, my student Luana Davila adapted...
10/08/2021
Blog: Ancient Worlds, Modern Communities: Greek Tragedy for Audiences Today
The Ancient Worlds, Modern Communities initiative (AnWoMoCo), launched by the SCS in 2019 as the Classics...
END_OF_DOCUMENT_TOKEN_TO_BE_REPLACED