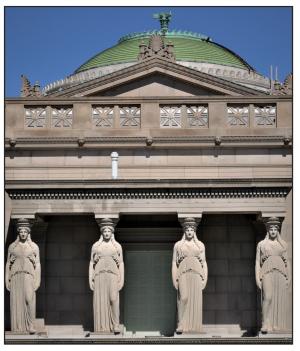 Ancient Worlds in Our Community (AWOC) in Connecticut

Kelly P. Dugan, Visiting Assistant Professor of Classics at Trinity College, created Ancient Worlds in Our Community (AWOC) in partnership with Carrie Keena, World Language Faculty at Hartford Magnet Trinity College Academy (HMTCA). AWOC is an educational program for middle-schoolers in Hartford, CT. The program centers on the study of ancient peoples, the ancient Mediterranean, and world mythology, and it is taught by Trinity College undergraduate students extensively trained by Dugan. Its goal is twofold: enriching student learning experiences for the middle-schoolers and providing teacher-training experience for the college students. AWOC is guided by principles of equity in education, including antiracist and anti-ableist curriculum design and teaching methods. Funding from AnWoMoCo has been used to support the purchase of books, certificates, and materials for student activities. The program has been thriving: it started with about 30 middle-schoolers in Spring 2021 and increased to 140 middle-schoolers by Spring 2022. Dugan is excited for the program’s future:

My long-term goal is to build this into an even more integrated program from 6–12 at HMTCA and, with that success, bring it beyond, to the entire Hartford Public School System, while also establishing Trinity College as a teacher-training hot spot for undergrads in ancient studies. 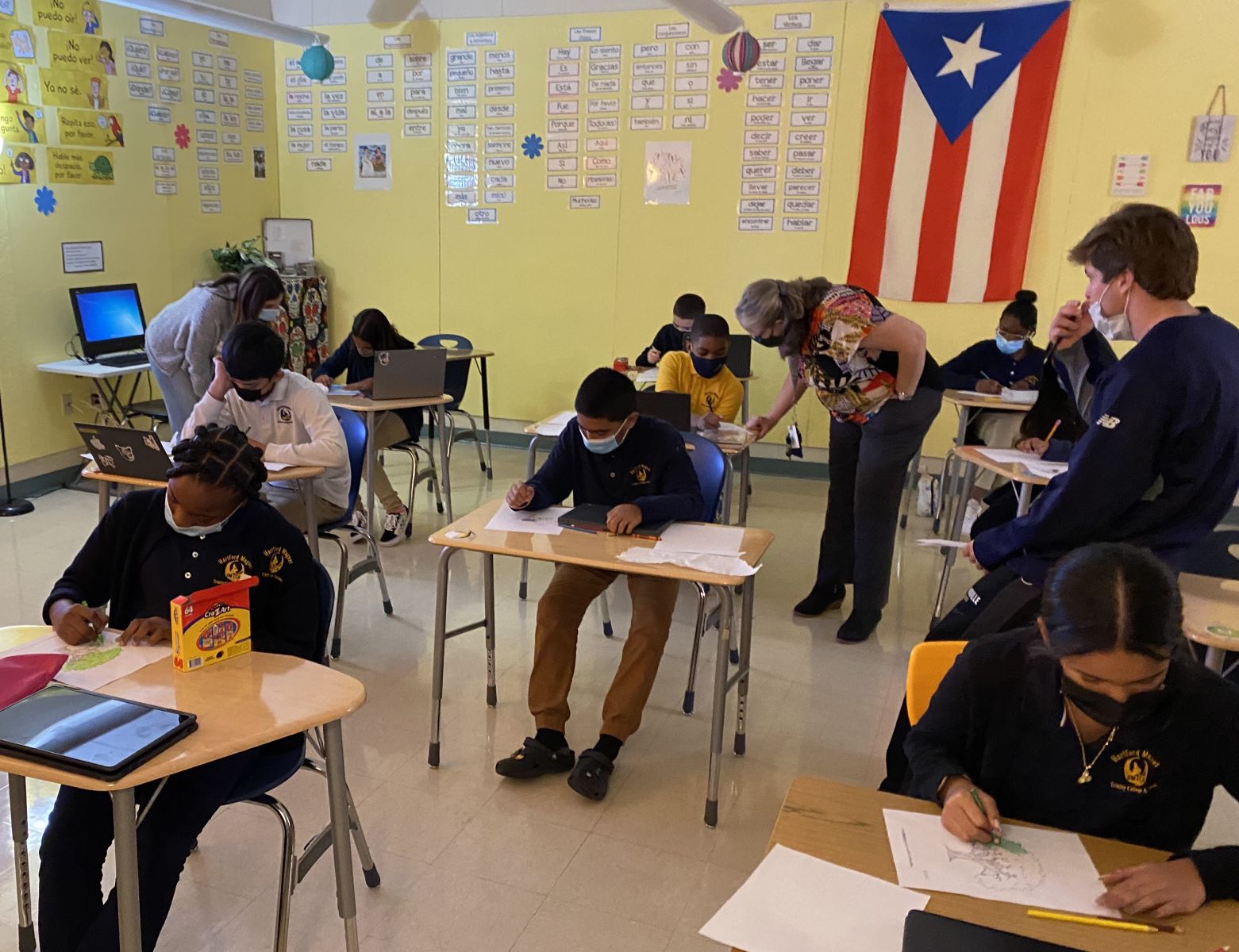 A Free Oresteia in Long Island

In response to the COVID-19 pandemic, EastLine Theatre Artistic Directors Nicole Savin and Danny Higgins were looking for a way to help their community heal and reintegrate after so many months of isolation and separation. To this end, they chose the experience of theater through Greek drama as their vehicle. With funding from AnWoMoCo in support of compensation for performers and artists, Savin and Higgins put on a new adaptation of Aeschylus’ Oresteia, in which they found a way to express their “collective grief and subsequent joy in reunification.” A total of eight performances, all free of charge, took place in the courtroom of a town hall in Babylon, Long Island, in November 2021. They were attended by theatergoers with mostly no background or exposure to Greek drama. Parts of the trilogy remained faithful to Aeschylus’ original, while others were adapted to fit their vision. The idea for the production stemmed from the setting in a working courtroom, and the climatic trial scene was revised to demonstrate how the justice system can be manipulated by the ruling class to maintain the status quo. The production sought to highlight this by having Furies portrayed not as monsters, but as members of historically oppressed peoples; they were played by a non-binary actor, a woman, and a queer, Jewish performer. In the end, these Furies rejected their transformation and continued to pursue those who commit injustices.

Collaborating with UK-based classicist and queer writer David Bullen, EastLine Theatre’s Oresteia centered on interfamilial relationships, loss, grief, separation, women, justice, the American legal system, and social change. As an LGBTQ+ and majority-woman organization, EastLine Theatre was committed to inclusive casting and to highlighting queer themes in the Oresteia. Playwright David Bullen has long been interested in the relationship between Orestes and Pylades already present in the Oresteia, and this new version made that relationship a central part of the story. “We hope the Oresteia will demonstrate to young queer audiences that their love has been part of the human experience since the dawn of theater,” Higgins and Savin remarked. Higgins finds particular meaning in the emotional response that theater provides and believes that there is value in creating opportunities for audience members to be upset, scared, and frustrated in a safe and structured environment, especially after such a long period of isolation and grief. 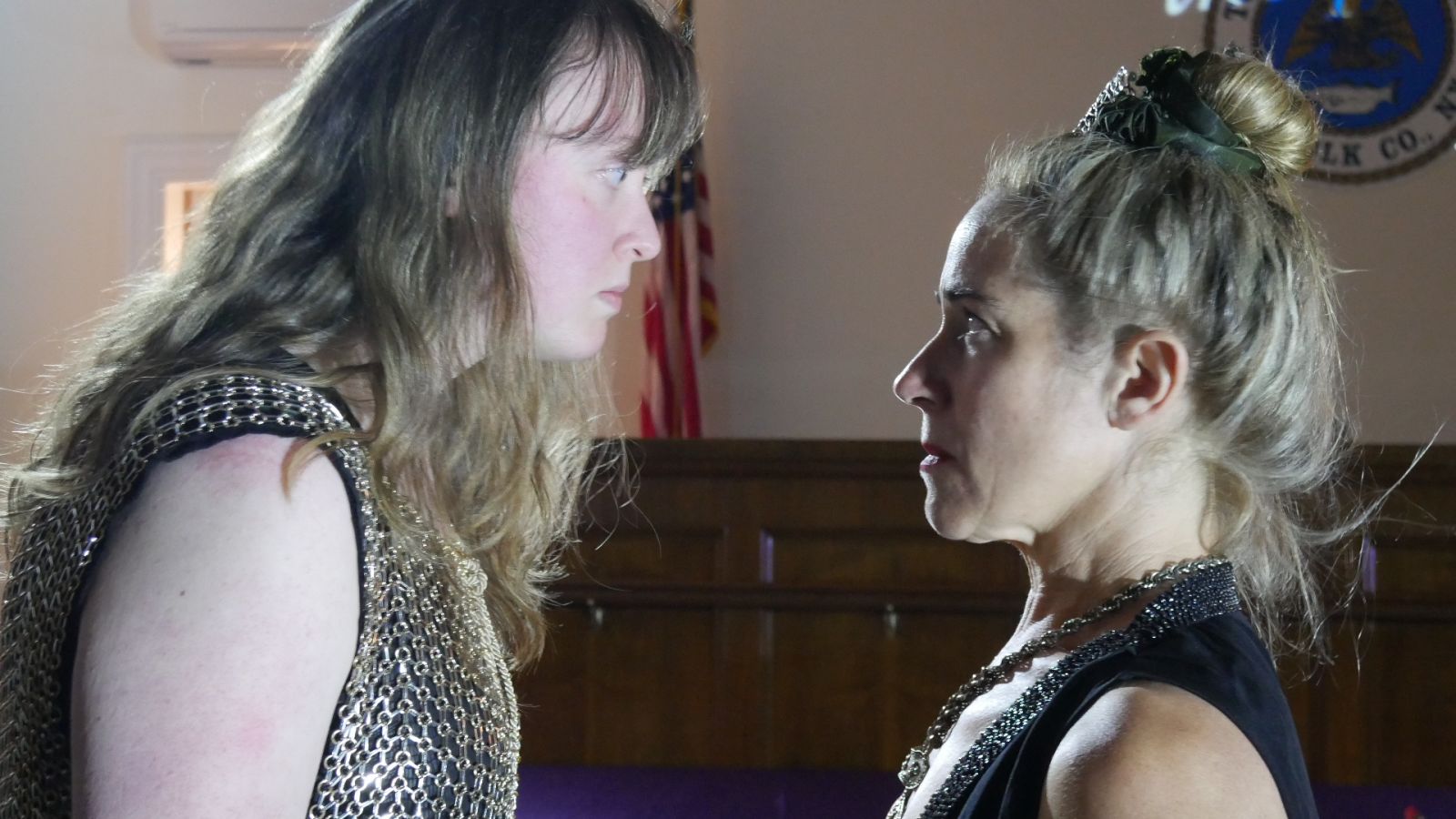 Figure 2. Thea Kraus as Electra and Julie Fergus as Clytemnestra in Bullen’s new Oresteia directed by Higgins and Savin. Photo by Rebecca Grace. 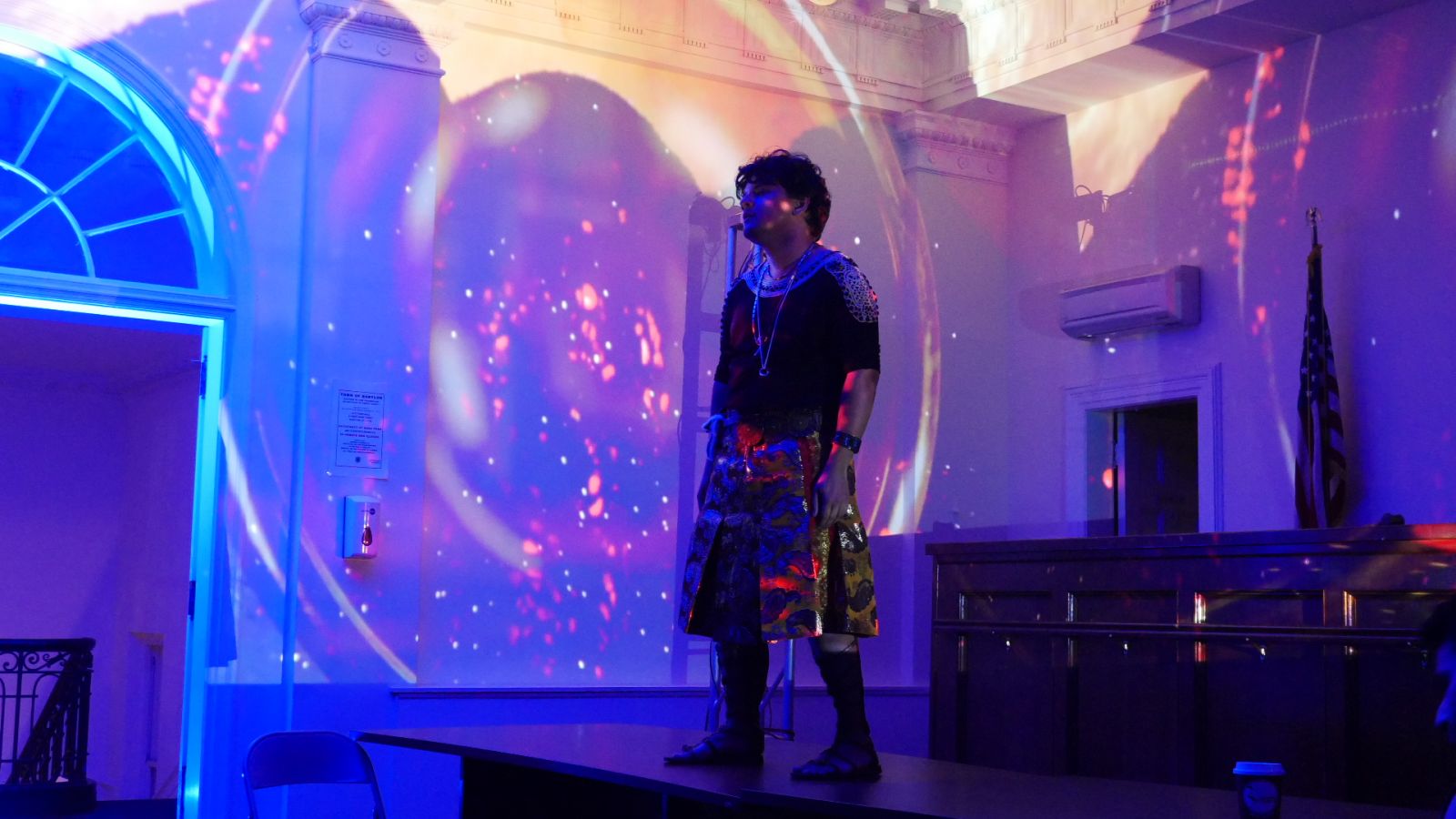 Classical Influences in Chicago Architecture: A History and Guide

Spurred on by her peers’ attention to STEM subjects and relative lack of interest in the study of Classics, Sara Kumar, a high-school junior at the University of Chicago Laboratory Schools, wanted to raise awareness about the relevance of Greek and Roman history for modern societies. Inspired by the quiet barrenness of Chicago streets during the COVID-19 lockdowns, Kumar would take extensive walks in the city, during which she noticed and came to appreciate the neoclassical elements in Chicago’s architecture. She took over 300 photos of Chicago’s buildings and artwork and read about the history and construction of each of them. Then, in summer 2021, she traveled to Greece and Italy with her family and took photographs of the ancient buildings and temples that have served as inspiration for the Chicago buildings. She thus decided to make and self-publish a photography book on Amazon titled Classical Influences of Chicago Architecture. Guidance and support from her Latin teacher, Frances Spaltro, proved invaluable for the completion and publication of the book.

With funding from AnWoMoCo, Kumar purchased 100 copies of her book and donated them to Chicago Public Schools in underprivileged neighborhoods, charter schools, and non-profit bookstores throughout Chicago. In addition, she is planning to self-publish an electronic version of the book to make it more accessible to a broader audience, as well as to create an architectural walking tour app which will highlight the same images, while also explaining the history of the buildings and giving valuable information about their relationship to Greek and Roman history and culture.

Kumar explains her aspirations for this project:

I hope this project will engage my peers by expanding interest and knowledge of the Classics and its relevance in modern times, as well as encouraging them to get outside and go for a walk themselves to visit these marvelous neoclassical buildings and displays of artwork. I strongly believe that making the Classics interlink with the modern-day world is one of the best ways to pique interest in young adults. I believe this photography book and architectural walking-tour app is an engaging way to do this. 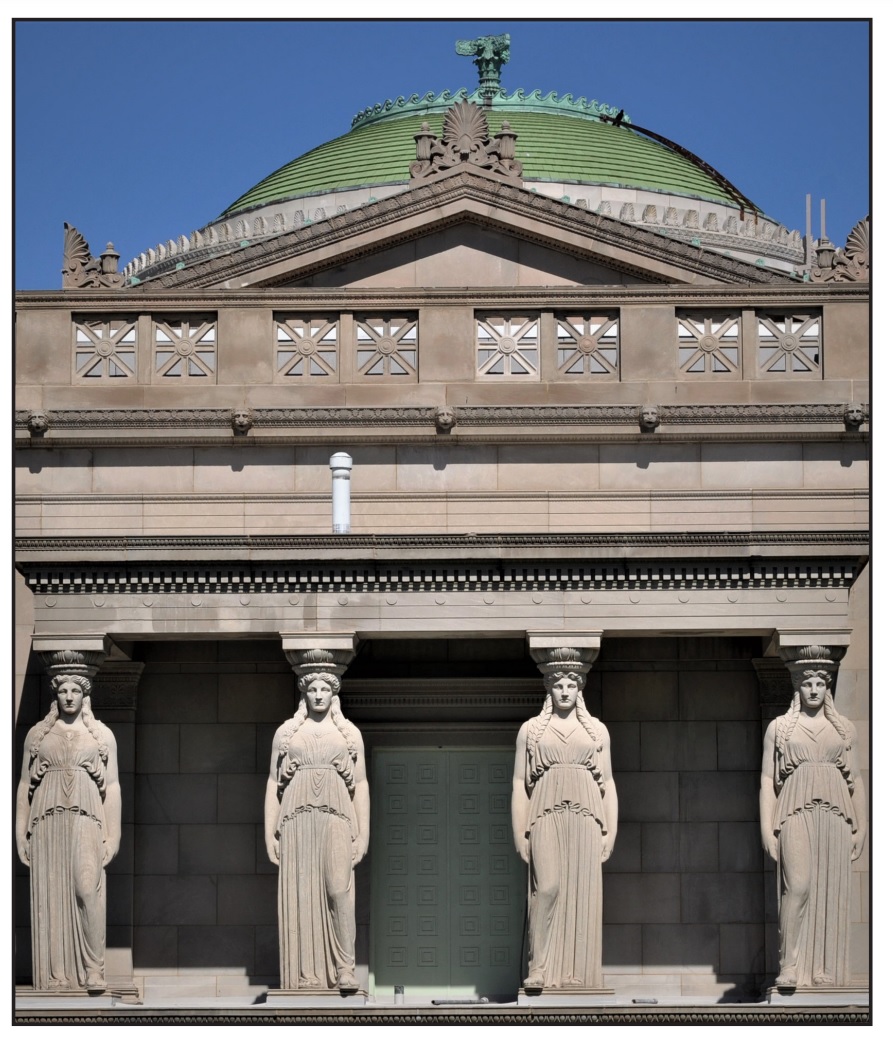 Figure 4. The Caryatid porch from the north main entrance lawn of the Museum of Science and Industry in Chicago. Photo by Sara Kumar.

Project Nota is a project that aims to digitize, translate, and thus increase the accessibility of Latin texts written by women, for women, and about women from all periods and locations. Project Nota was founded by Sophia He, a high-school junior from Newton, Massachusetts, who serves as the director of Project Nota, and Laura Petersen, who is pursuing a Master of Science in Information at the University of Michigan and serves as the Assistant Director of Project Nota. Working with a group of about 30 international Latin teachers, students, and enthusiasts, He and Petersen have created a constantly growing database that aims to include the texts of all known female Latin authors, from ancient times to the present day. Some notable authors already part of their database include Laura Cereta, a 15th-century Italian scholar who wrote in Latin about the importance of education for women, and Martha Marchina, a 17th-century working-class soapmaker who wrote Latin poems. In addition to incorporating these Latin texts and their translations into their database, He and her team are also creating complementary lesson plans and learning materials to share with Latin teachers who decide to use these texts in their classrooms. Project Nota is also pleased to have created a digitized version of  Helen Chesnutt’s Latin textbook, A Road to Latin.

According to He, “Project Nota’s goal takes place within the context of our current society and lies at the intersection point of the disciplines of not just classics, but also digital humanities, history, feminism, and social justice.”

He is passionate about making education accessible to everyone and believes that “the future lies in the hands of the youth.” She strongly believes that it is “the smaller stars [that] display glowing torches” (ostentat rutilas astra minora faces, Martha Marchina, Epiphania Domini).

Ancient Worlds, Modern Communities supports individuals of all ages, backgrounds, and perspectives. The next round of applications is due on May 13, 2022, and you can apply here.

05/23/2022
Blog: Contingent Faculty Series: An Interview with Victoria Austen
Our seventh interview in the Contingent Faculty Series is a virtual conversation between Dr. Taylor Coughlan and...
04/13/2022
Blog: Two Years Later: “Classics” after Coronavirus?
In an April 2020 post for Eidolon, I gathered predictions on “classics after coronavirus.” Two years later, it’s...
04/08/2022
Blog: Ancient Worlds, Modern Communities: Increasing Accessibility for the Study of the Ancient World
The Ancient Worlds, Modern Communities initiative (AnWoMoCo), launched by the SCS in 2019 as the Classics...
03/21/2022
Blog: I Love You, I Hate You: A Student’s Perspective on Learning Latin
I have always enjoyed Latin class because it felt like a puzzle, much like math. Find the verb, find the noun that...
03/18/2022
Blog: Power to Punish and Authority to Forgive: Imperial State and Imprisonment in 4th-Century Antioch
Research ideas often develop out of chance encounters or unplanned circumstances. My dissertation project was born...
END_OF_DOCUMENT_TOKEN_TO_BE_REPLACED