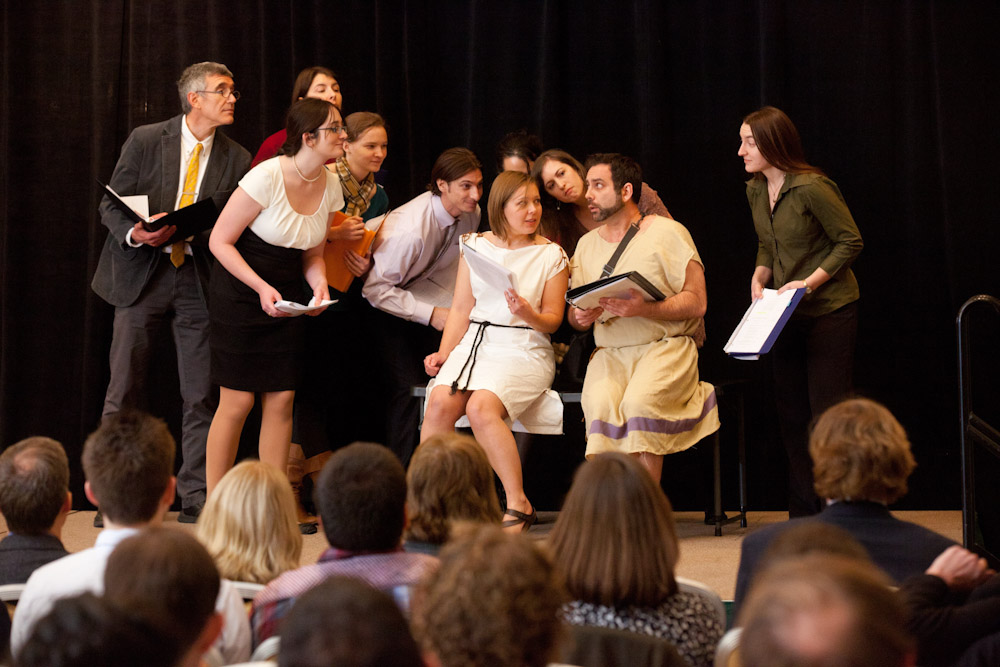 Those who study and teach the Classics think that our field—the texts, images, history, ideas and culture of ancient Greece and Rome—is fascinating. Many in the past have agreed—Augustine, Dante, Shakespeare, Voltaire, Goethe, Shelley, Douglass, Brecht, Woolf, and others. So do many contemporary thinkers, artists and practitioners of popular culture.

At this exciting moment, the multitude of new technologies and modes of communication can make it easier than ever before to connect with the great achievements of the past and their meanings for us now. These technologies also for various groups to communicate with each other.

[M]any readers want to interact not as members of an audience, quietly absorbing ideas others share, but as citizens of a virtual town in which many individuals debate, advise, amuse, and amaze each other. This, of course, is the stuff of which friendships and fruitful collaborations are born. . . The socialization of the web is constantly creating new opportunities for readers and learners to meet, discuss, and engage at their various levels of interest, thus fostering greater cohesion within the group. Right now, the members of the next generation of world citizens are forming the friendships and interest groups that will define and expand their pursuits in the future.

The Outreach Division of the SCS works to help create such a virtual town of citizens engaged in Classics. We use the word “outreach” not to suggest a one-way communication in which scholars inform others, but a complex interaction in which all involved contribute to a discussion of what Classics is and what it might be.  The Division's Communications Committee oversees the SCS blog and the Society's social media accounts on Twitter and Facebook.  Two new committees, the Committee on Classics in the Community and the Committee on Public Information and Media Relations will be developing new Outreach initiatives.

We invite SCS members, students and teachers at all levels and in all fields, administrators (K-12, college, university), journalists, public policy makers, and all people interested in any aspect of Classics to join in this discussion. Matthew M. McGowan is SCS Vice President for Outreach.

*The SCS discontinued Amphora as a publication in October 2018, back issues can be read here.