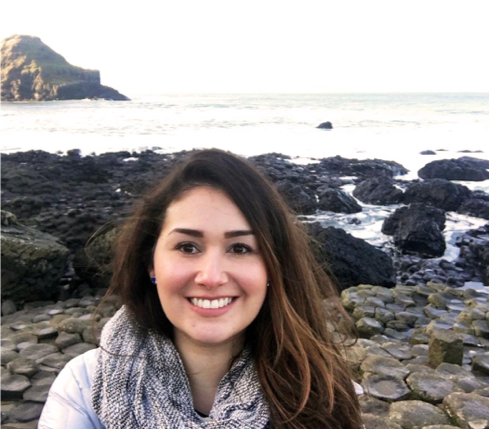 Like Odysseus before her, Vanessa Atler is resourceful and willing to take risks and the road less traveled. When as a sophomore she realized that her heart was not in her studies, she dropped out of college and moved across the country. A few years later she returned to New Mexico and worked at an animal humane society. The experience gave her a sense of purpose, a passion for animal advocacy, and a three-legged tuxedo cat by the name of Michael Jackson who, ten years on, still shares her adventures. She also returned to college at the University of New Mexico, where her life took another unexpected turn. She took a classics course on a whim, fell in love with the subject, and decided to become a classics major. Throwing herself into her studies, she earned departmental honors and a summa cum laude for her thesis on Achilles in Homer’s Iliad. When as a senior Atler started to think about the future, she decided communications and public relations was a versatile career path in which she could use her linguistic and writing skills. She went on to earn an MA in Strategic Public Relations at the University of Southern California. 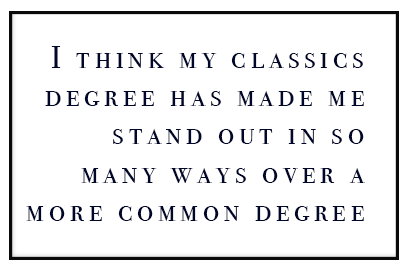 Atler began her career in the high-octane world of professional sports, where adaptability, teamwork, and the ability to work under pressure are key. When it comes to the Los Angeles sports scene, no one knows it better than she does. She has worked in communications and operations for the Sparks (WNBA), Clippers (NBA), and Kings (NHL). More recently, Atler moved over to the other big entertainment industry in L.A.: television. After a stint at Creative Artist Agency, she worked as publicity coordinator for  the CBS show Dr. Phil. Most recently, she has taken a position up the coast in Seattle at Edelman, a global communications and public relations firm, where she works on the Xbox account.

Atler values the preparation that her BA in Classical Studies gave her for the workplace.“Studying classics gave me a great appreciation for language and made me a better writer, which is extremely beneficial in any communications field. In public relations, I have to communicate in a way that the outside world will understand. And find new and fresh ways to reinforce a consistent message. Having a rich word bank on which to draw is a distinct advantage.” To others considering a similar move Atler says, “Don’t be afraid to do something considered unconventional. I think my classics degree has made me stand out in so many ways over a more common degree in communications, journalism, or political science. There has not been a job interview in which I have not been asked about my classics major. Everybody is curious, and I am always excited to explain, generating lots of follow-up questions.”

Atler is also grateful for the close relationships she formed in her classics classes. Of her best friend, she recalls: “We bonded over conjugations and participles and finding fun ways to memorize declensions.” And her classics professor, Monica Cyrino, became a mentor to her. “I’m still close with these women today, and both have been a great source of strength and inspiration."

‹ Careers for Classicists: Undergraduate Edition up What Is classics? ›

Academic freedom and tenure are of fundamental importance, indeed the basis u