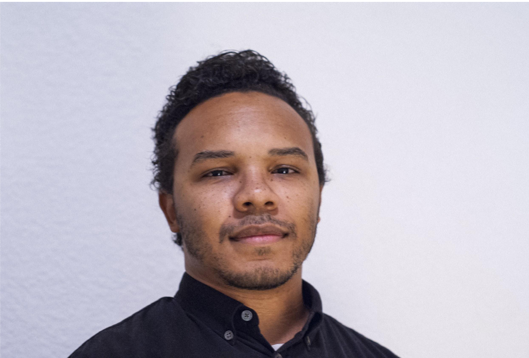 Aaron Smith has always loved languages. He started studying Latin on his own when he was still in elementary school and turned to ancient Greek once he hit high school. This eventually led him to a BA in classics from Reed College, where his skillful storytelling in live performances of the Iliad is famous to this day. But it was the intricate poetry of Pindar, not Homer, that really fired Smith’s passion for language as he explored the intersection of power, wealth, and class in the sphere of prestige poetry and athletics.

The skills he acquired studying ancient languages continue to play a central role in Smith’s current job as a client success manager at Kenshoo, a search engine and social media marketing platform. He came to this position after gaining experience in ad operations with Adtaxi, a marketing and advertising firm. He advises those interested in a career like his to learn a computer language like Javascript or Python and to get certified in Google AdWords. “Ad tech is both full of endless jargon,” says Smith, “and changing at such a rapid rate that no one knows everything there is to know. It’s often up to you to go digging for answers. Classics definitely taught me how to be a detective, how to weigh and judge the value of sources, and how to use the information I’ve gathered to produce what I need.” 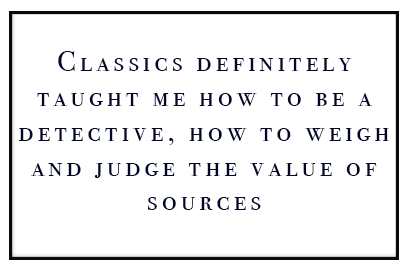 Smith didn’t get into marketing right after college, beginning instead with a position as a campaign manager for a local candidate in Oregon. He also worked as a legal assistant and as a freelance journalist before moving on to become a communications manager for Basic Rights Oregon, a statewide LGBTQ policy and advocacy nonprofit. Both during and after college, Smith has found meaningful connections between his study of classics and his advocacy for issues of economic, racial, and social justice. His undergraduate thesis, for example, considered the way in which identity and power are created through the exclusion and oppression of a designated other. Says Smith, “Since we still grapple with questions of identity, otherness and exclusion in our modern world, these topics were the ones that most often caught my attention while studying the classics, especially as a Black person studying in a state with a long history of anti-blackness.”  He credits his thesis advisor with teaching him that ideology can always be discerned beneath the surface of a narrative. In his study of classics and in his own life, Smith has always endeavored to expose the tacit assumptions and biases that underpin the stories we tell.

Storytelling is the through line in all of Smith’s varied endeavors. He credits his training as a classicist with fostering this side of him: “Classics taught me how to research things on my own, how to piece bits of information together into meaningful narratives, and how to be specific with language.”  Whether that language is English, ancient Greek, or Python, Smith’s classics background helps him to bring precision and nuance to every story he tells.