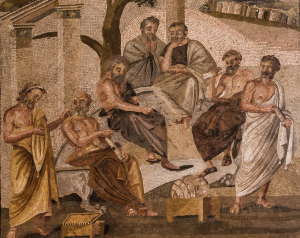 One sort of training I have had the opportunity to benefit from is to pull together various types of courses quickly. While there is a general emphasis—where I have been teaching—on developing and honing the same courses over time (which is a wonderful thing), I have always tried to be flexible regarding courses that need to be taught. In my departments, they have often covered the gambit: in one semester it might be a first-year translation course alongside advanced Greek, for example. In any liberal arts department, in my experience, classics professors wear many hats, but the hats can shift and change even more when one is a visiting faculty member.

I also feel like I have been able to develop a couple of courses that I really enjoy teaching, that connect with the colleges and programs where I have taught, and that bring exciting questions and topics to the forefront of students’ minds—for example, a rhetoric and persuasion course in this political climate is especially interesting to me.

Your research focuses on later receptions of Plato and Platonism. Can you tell me a little bit about your work?

The focus of my work started with my dissertation, when I was trying to understand how Plato and Platonism were being incorporated or confronted by authors during the Second Sophistic. That work led to the publication of a short piece in a primarily philosophical edited work (The Cambridge History of Philosophy in Late Antiquity), in which I tried to emphasize the rhetorical aspects of the use of philosophy. That then led to the publication of a short piece in an edited volume about the Second Sophistic (The Oxford Handbook of the Second Sophistic), in which I tried to emphasize the philosophical aspects of the same or similar authors. In between those two pieces, with Imperial Plato, I tried to make a little more accessible three Platonic handbooks or doxographies of Plato, since it seemed that scholars were engaged in working with those texts as sources at the time, but two of them had not been translated for about 100 years, and one of them hadn’t ever been translated into English. So, the idea was to just provide a service, by giving others access to a somewhat updated original text, a translation they could work with for themselves, and some notes synthesizing some of the scholarship that had come out in various editions in various languages. 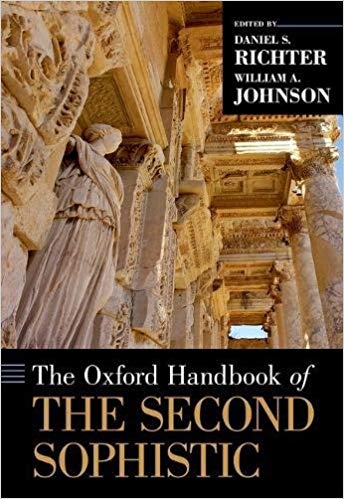 Figure 1: Cover to The Oxford Handbook of the Second Sophistic (OUP 2017).

Around this time, I also pulled together an edited volume (Plato in the Third Sophistic). I was interested in presenting the possibility of interpreting the use of Plato in the Christian era as its own entity, along the lines in which my collaborator and friend Alberto Jesus Quiroga Puertas had previously approached literature of the period. In that volume I tried to combine the work of some well-known names as well as a few people who had just recently received their PhDs, or who had not yet had a lot of work published, since that’s what I felt Lloyd Gerson had done by including my piece in the Cambridge History.

Finally, I should add that my collaboration with Alberto at the Center for Hellenic Studies on Basil’s letters (Fowler, Ryan, and Quiroga-Puertas, Alberto, “Silence and Rumor as Rhetorical Strategies in Basil’s Letters,” CHS Research Bulletin 3, no. 1 [2014]) was one of the most extraordinary professional experiences of my life, and I am really proud of the work we produced together; it felt like a truly collaborative process from start to finish, and I am lucky to have had that experience.

Do you think being a contingent faculty member had any effect, positive or negative, on your scholarship?

When I was quite contingent I became involved with the Sunoikisis project while it was connected to the CHS, and I received a number of really helpful suggestions, even project ideas, from the gatherings during those weeks—in particular, the contribution on Methodius and Plato’s Symposium came out of a chat at lunchtime. Sometimes such opportunities (when you are moving around or changing positions) can work to your benefit, because you are meeting different sorts of people under different sorts of circumstances. I feel for those who are under pressure to publish in order to get a next position, while simultaneously teaching and often applying. Some years you have to move every summer, which isn’t conducive to scholarship. A lot of those conditions conspire to pose a real challenge. 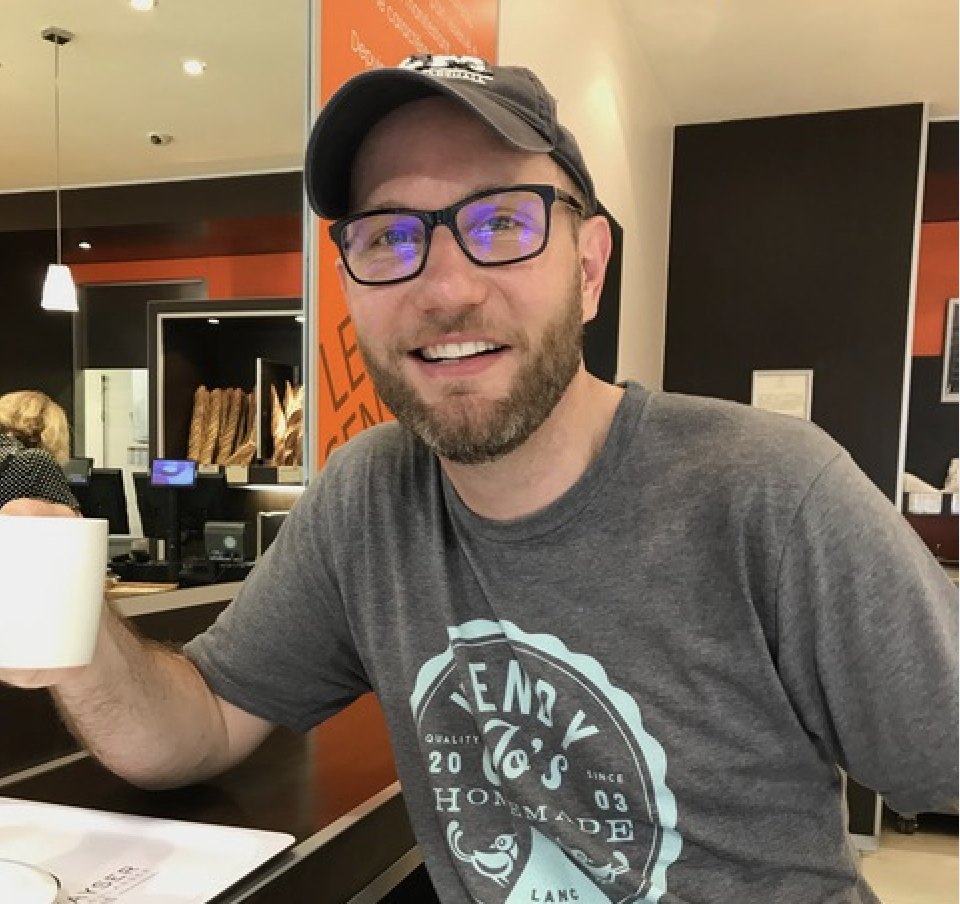 What do you think is the biggest challenge of working in a contingent position?

There is a vulnerability and insecurity that can be distracting, even though these dynamics can vary across contexts. It’s a challenge to dig into a position when you worry that you might be the first one cut during a budget crisis, or that there might not be enough courses needed to pull together a full roster for you. And in my experience, the difference between 1-3 courses and full time is the difference between being able to pay your bills or not.

Do you have any advice or insight that you could share with other people in contingent positions in our field, or with tenure-track faculty or administrators who work with contingent faculty?

The best advice I ever received was to try and make yourself “indispensable” as much as possible, which I take to mean: try to develop and teach courses that recognize the type of school you are at (even if for the moment), and that speak to those students or that curriculum. Also, it seems important to be flexible with what you teach and how things develop. No one, in my opinion, is owed a job simply because they went to school for a long time or have a passion for a discipline. This job market seems to demand patience and resources, luck and privilege. My experience has led me to believe that finding an academic job as a classicist can take not only time and experience but also flexibility and creativity.

Supporting your vulnerable colleagues so they have stable, valued, remunerated jobs is more important to my mind than working to bulwark the erosion of tenure track lines, because the former activity affects and supports lives as they are being lived, where the latter (while important) focuses perhaps too much on abstractions, or on preserving systems of privilege that are not widely available or shared.

What do you think are the best things that colleagues and schools can do to do to better support contingent faculty members?

I am lucky because my current situation provides me with the kinds of support that I would wish for others. I feel included by my departmental colleagues and supported by them. They speak up for me, and involve me in curricular conversations. They value my contributions to the department and to the wider campus community. They regularly express their interest in my teaching and research interests. These are some of the most powerful ways in which other, more stable faculty members can support contingent faculty members on their campuses, it seems to me.

Andrew G. Scott is Associate Professor of Classical Studies at Villanova University, where he teaches classes in ancient Greek, Latin, and ancient Greek and Roman history and historiography. He has also taught at Hendrix College, Brooklyn College, and Rutgers University (New Brunswick), where he earned his Ph.D. His scholarly interests include the historiography of the Severan period, especially the works of Cassius Dio and Herodian, as well as Spartan social history. He has written numerous articles and book chapters on these topics, and he is the author of Emperors and Usurpers: an historical commentary on Cassius Dio's Roman history, books 79(78)-80(80) (217-229 CE).

04/13/2022
Blog: Two Years Later: “Classics” after Coronavirus?
In an April 2020 post for Eidolon, I gathered predictions on “classics after coronavirus.” Two years later, it’s...
04/08/2022
Blog: Ancient Worlds, Modern Communities: Increasing Accessibility for the Study of the Ancient World
The Ancient Worlds, Modern Communities initiative (AnWoMoCo), launched by the SCS in 2019 as the Classics...
03/21/2022
Blog: I Love You, I Hate You: A Student’s Perspective on Learning Latin
I have always enjoyed Latin class because it felt like a puzzle, much like math. Find the verb, find the noun that...
03/18/2022
Blog: Power to Punish and Authority to Forgive: Imperial State and Imprisonment in 4th-Century Antioch
Research ideas often develop out of chance encounters or unplanned circumstances. My dissertation project was born...
03/14/2022
Blog: Sampling Epic in Kendrick Lamar’s “Mortal Man”
Because it’s spirits, we ain’t even really rappin’ We just letting our dead homies tell stories for us....
END_OF_DOCUMENT_TOKEN_TO_BE_REPLACED