Blog: Being An Independent Scholar in Classics 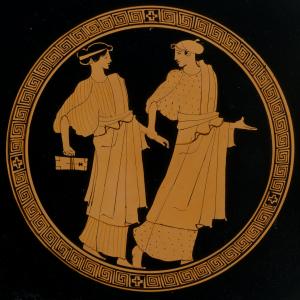 Another of our new monthly columns here on the SCS blog explores the contributions of independent scholars within classics. There is a thriving community of classicists outside of the university system who, while often overlooked, are integral to the strength and survival of our field.

One constituency in our profession who can go unnoticed are those scholars who do research but are not affiliated with a college or university. Although professionally trained, they usually lack the support of a departmental community and the resources and recognition provided by institutional affiliation. Some of these scholars already participate in conferences organized by national and regional Classics organizations.  In 2015, SCS formed an Independent Scholar Advisory Group to discover the identity of these scholars and to strategize for their formal presence as colleagues in our traditional classical associations. In the same year, CAAS started to offer events for independent scholars at its annual conference.

In the hope of reaching a larger audience of independent scholars and classicists and inspiring creative thinking for this outreach, we offer this overview of exploratory activities and publication of papers from a 2017 CAAS panel featuring independent scholars. David Murphy and I, past CAAS Presidents, were invited to organize this panel to advance discussions that took place informally over the last few years at meetings of SCS and CAAS in which both John Jacobs (PhD, Montclair Kimberley Academy), and Helen Cullyer (PhD, Executive Director of SCS) participated. Here we would like to set out our goals, attempt a definition of the term “Independent Scholar,” and outline the columns that will be published monthly on the SCS website over the course of 2018.

I. Our Goals:  We seek to bring the interest group “independent scholars” to the attention of classicists, as well as to provide independent scholars with ideas and contacts for pursuing their scholarly work. Our panel aims at heightening awareness of independent scholars’ needs, unique challenges, avenues by which they contribute to the profession, and ways in which CAAS and other classical organizations, such as the SCS, can support their work. For those who are considering leaving education for whatever reason (termination, scarcity of jobs, retirement), we hope to shed light on satisfying ways -- particularly through use of the Internet – to enter the disciplinary community and its conversation as scholar/teacher.

II. Our Definition: We proceed in the belief that independent scholars are not hobbyists but rather colleagues and contributors to our field and to fellow practitioners. We take an inclusive view of the category of independent scholar--essentially, anyone who does research and/or writing for publication (print or electronic) about Classics and does not hold an appointment at an institution of higher learning. Constituencies include high school or middle school teachers, retired instructors (college level included if they are not receiving support from their previous institution), trained classicists employed outside the profession (e.g. librarians, journalists) or who are not currently employed, and professionals in other fields who have acquired expertise in an area of the Classics.

III. Our Panelists: We invited four Independent Scholars whose diverse experiences will help us to reflect on their presence among us as a rich resource and to identify how they might become identified as colleagues in our classical associations.  To that end we asked them to address, in their remarks, their background and training, research, venues for publication and how access was gained, sources of funding, ways of staying current in the profession and the research area, suggestions about how the profession can help independent scholars, helpful tips to current and potential independent scholars and views on the responsibilities of independent scholars to the profession. We asked Helen Cullyer to respond to these presentations from her special perspective as Executive Director of SCS and to suggest issues for our future discussion. David Murphy will be discussing 'Doing Scholarship as a High School Teacher," Edward P. Butler will broach the topic of "Independent Scholarship: Process, Venues, and Audience,"  Ann Patty will discuss learning Latin late in life in her column "Better Late Than Never," and experimental archaeologist Janet Stephens will present a column called "Hey, wait ... that doesn’t make sense: Observations of an Unintentional Scholar." Join us over the course of the next few months as we underscore the trials, tribulations, and rewards of being an independent classicist.

John Jacobs earned his BA degree in Classics at Brown University, and his PhD at Yale. He teaches Latin and serves as chair for the World Languages Department at the Montclair Kimberley Academy Upper School in Montclair, NJ. He also serves as treasurer for CAAS and works as a freelance copy editor and proofreader. His research focuses on Silius Italicus's Punica, but he has published on a number of topics across Classics and the Ancient Near East. He has three books under contract: an introduction to the Punica and a monograph on the epic's reception with Bloomsbury, as well as an edition, translation, and commentary of Punica 15 with Oxford University Press.

David Murphy studied Classics at Rutgers. He began teaching grades 8-12 at a private school while working on his PhD at Columbia. His research and publication has been an outgrowth of his graduate study and his teaching:  paleography, textual criticism, Socratic studies, the intersection of rhetoric and philosophy in 4th century Athens, Greek and Latin texts. He has held offices in the New York Classical Club, CAAS, and served on an SCS committee.

Ann R. Raia earned her PhD at Fordham University. She taught classics at The College of New Rochelle from 1964 until her retirement in 2008, becoming Director of the Honors Program from 1974-2002 as well.  She is the author of the online Juvenal Project, co-creator and administrator of the online Intermediate Latin Program, and a builder and image contributor to VRoma. She was President of the New York Classical Club in its centennial year and held various offices in CAAS including president. She co-authored the Latin print anthology The Worlds of Roman Women and is creator, co-editor, and administrator of its Online Companion. She has lectured and made presentations on Roman women and teaching with resources on the Companion website; she published "A Companion for the Feminist Transformation of the Latin Curriculum" (Cloelia 4: 2014).

(Photo: "Terracotta kylix (drinking cup)," Attributed to the Painter of Bologna 417, licensed under CC BY 1.0)

Ann R. Raia earned her PhD at Fordham University. She taught classics at The College of New Rochelle from 1964 until her retirement in 2008, becoming Director of the Honors Program from 1974-2002 as well. She is the author of the online Juvenal Project, co-creator and administrator of the online Intermediate Latin Program, and a builder and image contributor to VRoma. She was President of the New York Classical Club in its centennial year and held various offices in CAAS including president. She co-authored the Latin print anthology The Worlds of Roman Women and is creator, co-editor, and administrator of its Online Companion. She has lectured and made presentations on Roman women and teaching with resources on the Companion website; she published "A Companion for the Feminist Transformation of the Latin Curriculum" (Cloelia 4: 2014).

07/01/2022
Blog: Ancient Worlds, Modern Communities: Contemporary Responses to Greek Myth and Tragedy through Drama, Film, and Visual Art
The Ancient Worlds, Modern Communities initiative (AnWoMoCo), launched by the SCS in 2019 as the Classics...
06/29/2022
Blog: “Deeply rooted in history”: Teaching abortion ancient and modern in a post-Roe v. Wade world
With weary hearts, we consider with you what Classics can do in the face of Dobbs v. Jackson Women’s Health...
06/27/2022
Blog: Teaching in a Time of Anti-Asian Violence: Reflections on Asian & Asian American Experiences in Classical Studies, Part 1
This two-part series reflects upon AAPI experiences in Classical Studies. Part 1 is catalyzed by the author’s...
06/25/2022
Blog: Roe v. Wade, the GOP, and echoes of Augustus: Reproducing fascism
I guess I should say “thank you.” Gratias vobis ago. Thank you to the Republican Party’s long game, a partisan...
06/20/2022
Blog: Paternalism and the “Good Slave” in the Speech for Phormion and the Legacies of Slavery
In a discussion of the concept of the “good slave” in her book Reconstructing the Slave: The Image of the Slave in...
END_OF_DOCUMENT_TOKEN_TO_BE_REPLACED