Blog: Inside the Roman Vault: An Interview with Lynne Lancaster of the American Academy in Rome 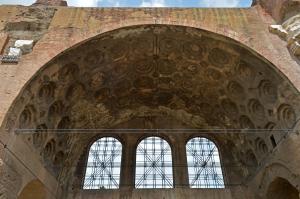 Lynne C. Lancaster just began her three-year appointment as the Andrew W. Mellon Professor-in-Charge of the Humanities at the American Academy in Rome. She is a Professor in the Department of Classics and World Religions at Ohio University. I recently interviewed Professor Lancaster to discuss her research and her goals for her time in Rome.

C: Can you briefly tell me about your own research, both past and current?

L: I started my career as an architect and became enamored of Rome on my study abroad trip to Europe in the summer of 1985. When I first saw the city I immediately knew that one of my favorite architects, Louis Kahn, had been here. He famously held up a brick and said " You say to a brick, 'What do you want, brick?' And brick says to you, 'I like an arch.' " I later learned that he had indeed been in Rome and was at the AAR in the 1950s. When I changed career paths to study archaeology, I was particularly interested in ancient construction. True to form my first article was on brick stamps, and I have published two books that focus on arches and vaults, Concrete Vaulted Construction in Imperial Rome (CUP 2005) and Innovative Vaulting in the Architecture of the Roman Empire (CUP 2015). However, these large projects have also led me to publish on individual buildings in Rome, such as the Colosseum, Trajan's Markets, Trajan's Column, and the Pantheon as well as to explore much broader topics, such as the topography of Rome, the role of building in the economy, legal aspects of construction, trade networks in the Mediterranean, workshop practices in terracotta production, and to a collaboration with geologists on the archaeometric analysis of building stones.

C: How do you envision your work interacting with the other fields and disciplines at the American Academy in Rome?

L: Even though my specialty in building construction may sound restricted, I think it has actually given me a very broad base for interacting with others at the AAR. My love for the city of Rome has led me to co-lead numerous study abroad course one of which dealt with post antique reuse of ancient Rome both literally (spolia) and figuratively (ideology), focusing on the Rome of Sixtus V, Napoleon, and Mussolini. Being trained as an architect, I also come to my discipline with a very hands-on approach - meaning I love to draw and to make things. I illustrate all of my publications and I often build models to test ideas. So I also have affinities with the artists, architects, and preservationists and have benefited myself from interactions with them at both the AAR when I was a Fellow and the BSR when I was there as a graduate student from Oxford. One of my favorite activities when I was a Fellow was to spend a few hours a week stone carving with Peter Rockwell at his nearby studio. I went home that year with my very own Corinthian capital tucked away in my suitcase.

C: How will being in Italy and Rome specifically affect your research?

L: One of my reasons for applying for the Mellon professor job at this point in my career is that I have just finished a book that was focused on the architecture of the Roman provinces, which gave me the opportunity to travel widely. My husband, Tom Carpenter (an archaeologist who focuses on the ancient people of South Italy), and I continued to come to Rome regularly, but we were often using it as a base from which to travel elsewhere or we were working in the library. These next three years will provide me the opportunity to reconnect with the people and monuments of Rome. My hope is that I will leave with a much broader vision of Rome has to offer through my interactions with the residents at the Academy and the other institutions in Rome. I can already see that I will not have lots of "spare" time for writing, though I do have various articles that I must complete. I think the payoff with my research will come after I leave this position and can reflect back on my time at the AAR.

C: What sort of goals and projects do you see yourself working on at the American Academy in Rome during your time as Mellon Professor in Charge of the Humanities?

L: Another factor in my choice to apply for this position is that it will give me the opportunity to work with really outstanding graduate students, as my home department does not have a graduate program. In the past, my time at the AAR has provided me with the informal opportunity to work with students, and as chair of the Rome Prize selection committee for Classical Studies one year, I was fortunate to meet and stay in touch with some really excellent young scholars. I want to make sure that they have the support they need in terms of mentoring and career development. I also intend to reach out to the other foreign and Italian institutes to help expand their intellectual network. This also extends to the post docs who are typically in their pre-tenure period (as I was during my year) and often need help in establishing contacts and generally strategizing their march towards tenure. Another goal is to work with the editor of the Memoirs, once we have one in place, to plan a path forward for the journal in this new age of publishing challenges. Then, of course, there is the ever present goal of raising more funds for the Humanities programs at the AAR, which I hope will be possible in collaboration with our new Vice President of Development, Kathleen Heinz, who comes to us from the American Council of Learned Societies where she was director of philanthropy. 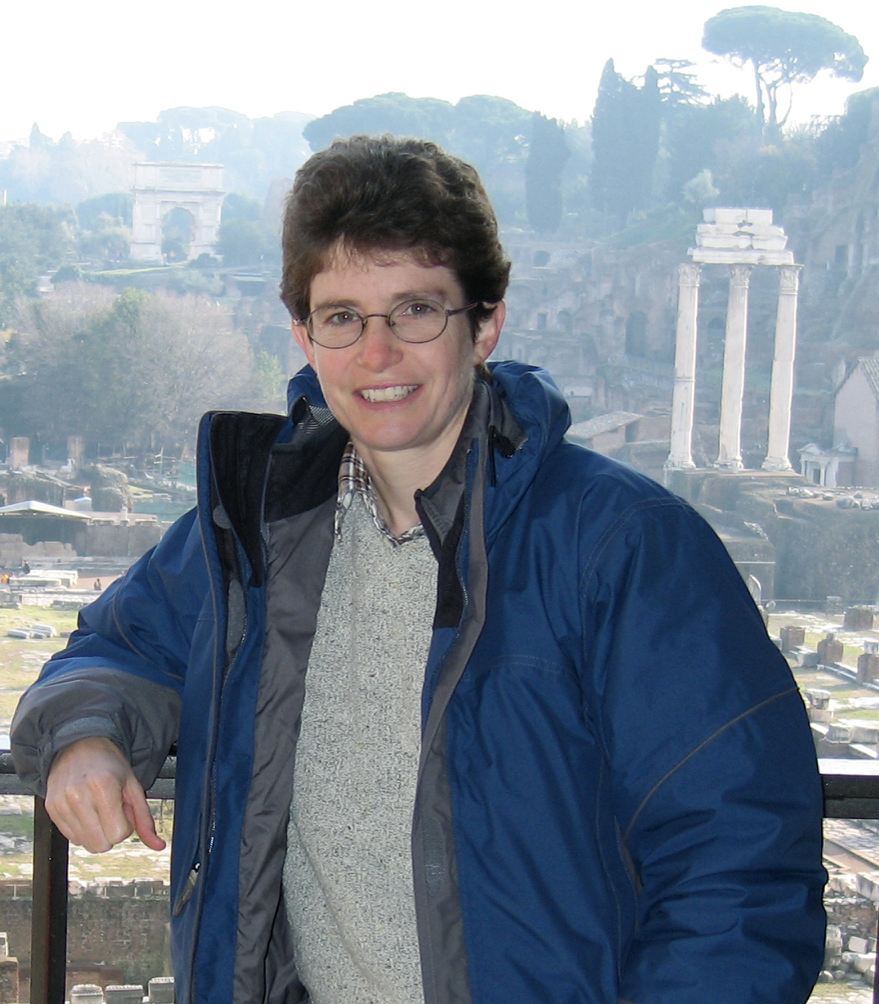 C: What is your favorite place or site in Rome?

L: Well, I have to say that my favorite site in Rome is the Pantheon on Sunday morning. In fact, Rome itself early on Sunday morning is the best site of all. An expresso at Sant'Eustachio before the crowds come and then a visit to the Pantheon when it is still fairly empty is my idea of heaven.

04/09/2021
Blog: Ancient Worlds, Modern Communities: Making Personal Experiences Part of the Study of the Ancient World
The Ancient Worlds, Modern Communities initiative, launched by the SCS in 2019 as the Classics Everywhere ...
04/05/2021
Blog: Review: A Conversation with the Creators of Alpheios Reading Tools
Alpheios Reading Tools (henceforth Alpheios) is an open-source web extension that allows users to access...
03/29/2021
Blog: Contingent Faculty Series: A Conversation with Bonnie Rock-McCutcheon
Our fourth interview in the Contingent Faculty Series is a virtual conversation between Joshua Nudell and Dr....
03/26/2021
Blog: Ancient Worlds, Modern Communities: Ancient Worlds through Modern Podcasts
The Classics Everywhere initiative, launched by the SCS in 2019, in March 2021 has been renamed and...
03/12/2021
Review: Pleiades
Pleiades is an online database of spatial information modeled on the long tradition of gazetteers. It is most...
END_OF_DOCUMENT_TOKEN_TO_BE_REPLACED

END_OF_DOCUMENT_TOKEN_TO_BE_REPLACED
Calls for Papers
CFP: Annual Meeting for Postgraduates in the Reception of the Ancient World (AMPRAW