Blog: Predicting the Future of Classics 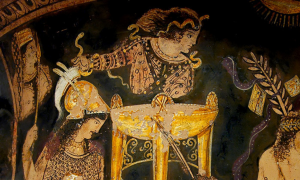 Perhaps paradoxically, Classicists spend a lot of time thinking about the future of our field. Although we spend the majority of our working days researching ancient material, teaching such material to students, and thinking about the particulars of a Latin text, North African relief, Hellenistic religious rite, or exceptionally obscure Greek gnome (e.g. “Water is best”), we often wonder (with various levels of anxiety) how such work will be done in the future, or if there will even be Classics in the future.

This worry is not new. One can find Thomas Jefferson in 1782 lamenting that the study of Greek and Latin was on the decline in Europe, or even Thomas More two centuries earlier writing of a club in Oxford that was threatening to ban classical learning because of the religious quandaries arising from the study of Greek. From Hanson and Heath’s Who Killed Homer?: The Demise of Classical Education and Recovery of Greek Wisdom, to DuBois’ Trojan Horses, from the Black Athena debates, to recent thought pieces by the likes of Edith Hall, Mary Beard, and Donna Zuckerberg, and examinations of the culture wars by Eric Adler, the question of the centrality or importance of Classics for the individual, the academy, or even the world at large continues to be pondered by scholars and, sometimes, even contested in public fora. 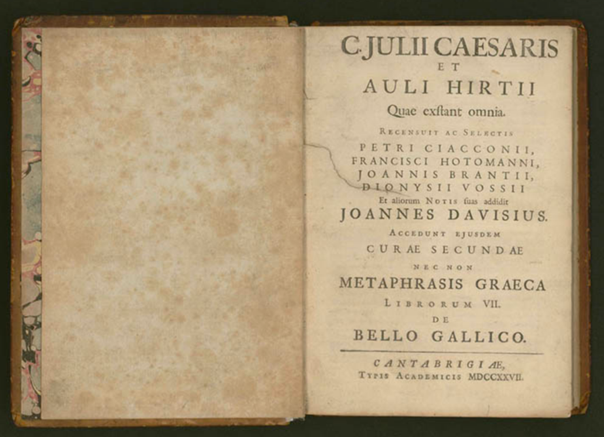 As part of the Sesquicentennial meeting of the Society for Classical Studies, a workshop on “The Future of Classics” will convene to delve into the question of the future of the field. Unlike a majority of panels at the SCS, this workshop aims to stage “an open and free-form large-room discussion” in which panelists will offer short vignettes and provocations about their visions of the future of the field and then moderate the conversation. The panelists (Sarah E. Bond, Joy Connolly, Dan-el Padilla Peralta, and Stephen Hinds) will discuss various issues, innovations, and certain struggles (although my dean would call them “opportunities”) in the field of Classics, such as the use of digital humanities in teaching and outreach, the discipline’s commitment to diversity and equity, and the current “scholarly canon” of Classical texts.

Other topics for discussion include: will Classics departments exist in the decades to come and, if so, what will teaching Classics look like 50 or 150 years from now? Will we still be annotating our Oxford Classical Texts lightly in pencil or will Latin and Greek pedagogy itself be phased out altogether? Will it matter if I read Ferdinandus Taurus to my son and his first-grade classroom if there is no opportunity for those students to learn Classics later in life? If Classics as we currently conceive of it dies out, will the public at large even notice its passing? Questions and comments from the audience are encouraged and the panel’s hope is that the discussion will continue long after the official session comes to an end.

The panel is there to jumpstart the discussion, but this is intended as a community dialogue––not an oracular prediction. So, grab Hermione’s Time Turner, shake your Magic 8-Ball, or just spend some time thinking about this topic, and come join the “unfettered futurology” of this panel!

Header Image: Detail from a bell krater depicting the Delphic oracle atop her tripod. Courtesy the British Musuem/Wikipedia.