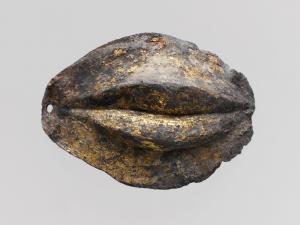 Last week the SCS blog reflected on what really does seem to be a golden age of Classics podcasting, where audio content that you can listen to on a portable device whenever convenient has made it easier than ever to teach people about ancient history, to help teachers develop the active use of ancient languages, and to share cutting edge research and scholarly perspectives on the material we study.

Other indices of this flourishing in our field include the number of recent pieces discussing podcasting and classics and a couple of events at this week’s SCS annual meeting in San Diego: the “Podcasting the Classics” panel on Saturday morning that I’ll be moderating, and the “Make your own ancient studies podcast” workshop during the Ancient Maker Spaces panel later Saturday afternoon.

With that meeting starting in just a few days, I’d like to reflect a bit on how Classics podcasting might complement our annual gathering itself. I started thinking about this while producing an episode of The Mirror of Antiquity that gathered together voices of attendees at last year’s SCS meeting in Boston. I set up my microphone outside of one of the departmental receptions on Friday night and asked everyone who walked by if they wanted to be on a Classics podcast. A lot of people said, “no thanks” — including the group from the medical devices conference that was passing through —  but about twenty-five people at all stages of their career, from undergraduates through tenured professors, agreed to sit down and talk. I asked them all the same question: “What excites you about Classics?”

Anxiety and hierarchy inevitably pervade a meeting organized around the increasingly straitened job market, but the voices I heard represent another, more inviting, side of our annual gathering: as a place to learn about new work in the field, to get out of our sometimes narrow institutional perspective and see the broader conversations that are taking place about the study of Greco-Roman antiquity, and to re-energize our relationship to the material we study.

My initial question was open-ended but certain themes emerged that speak to the vitality of our field. Those I interviewed were excited about the increased attention being paid to marginalized people in antiquity, about the ways that scholars are becoming more and more willing to connect what we study to contemporary concerns, about the launch of innovative collaborations like Eos Africana (which is hosting a lunch on Saturday), which showcases the contributions of black classicists to our discipline as well as the ways that people of African descent have engaged with the Classics throughout time, and about the increasing institutional resources that are being devoted to diversifying our field. There’s a lot of work still to be done in all these areas but the people I spoke with remind us that the annual meeting can be a place where those who want to do that work can convene, make connections with each other, and lay the groundwork, in person, for making Classical studies vibrant and relevant in the twenty-first century.

As more and more search committees switch from in-person interviews at conferences to interviewing by video, members of professional associations like the SCS have an opportunity to reclaim the annual meeting for the constructive and congenial conversations that are moving the field forward. And thanks to an expanding range of session formats, there have never been more ways to have these conversations: workshops with pre-circulated papers and respondents; the AIA-SCS Poster Session, where attendees can engage one-on-one with presenters; and “lightning talks,” six-minute presentations followed by twice as much time for discussion. Each one of these formats presents more opportunity for exchange of perspectives between attendees than the traditional panels of 15-minute papers (which still play an important role as a way to present new research to the field).

Podcasting has a role to play in this evolution of the annual meeting too, especially as producers within the field continue exploring the potential of the medium. Instead of papers read in absentia by a third party, as sometimes happens, imagine a panel where the audience listened together to beautifully produced contributions from multiple points of view on a common theme. A more ambitious take might be a digest of reactions from audience members to the increasingly high-profile special events, such as this year’s lectures by Luis Alfaro or Mary Beard, that would be available for listening and discussion the following day. Recording and podcasting of the voices heard at the annual meeting creates a snapshot of the kinds of conversations taking place at the meeting, whether in formal or informal settings. This can be valuable both for those who attended, and those who could not.

More ways to podcast the SCS are surely possible given the creativity that producers have already brought to the genre in our own field. Podcasting has the ability to showcase what’s best about the annual meeting in a way that dissolves some of the old hierarchies that can hamper the meeting’s potential, particularly because podcasts can give as much voice to students as to senior scholars; to teachers as to researchers; to faculty from schools we should know more about as to those from schools we’ve all heard of. All by doing what podcasts do best: creating a space for diverse voices to be heard by diverse audiences in a convenient and appealing format that is free and accessible to all.

Curtis Dozier teaches Greek and Roman Studies at Vassar College. He is the producer and host of The Mirror of Antiquity podcast, and the director of Pharos: Doing Justice to the Classics. (Photo Credit: ©Walter Garschagen/Vassar College).