Blog: What Classicists Can Do with Video Games 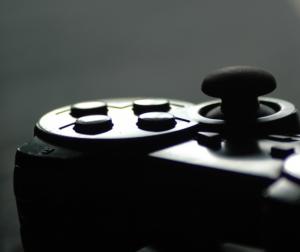 Ongoing discussions in academic circles about the value and purpose of 3-D immersive technologies have lately been sharpened by the emergence of consumer-ready VR and inexpensive game engines, especially Unity. One side of that discussion asserts that, in an academic context, these technologies are primarily valuable to the extent that they advance serious scientific and data visualization research. Others maintain that game design and “play” more broadly are equally important, and can transform how we teach many subjects. One approach does not exclude the other, of course, but my own experience has convinced me of the exciting potential of the latter, play-based, mode. For classicists, interdisciplinary as we are, the 3-D interactive future of research and teaching beyond textbooks holds important opportunities, especially if we take an active, collaborative role in shaping that future.

In 2015, Tesseract (in full the Tesseract Center for Immersive Environments and Game Design) became a Center at the University of Arkansas, where I teach. This followed 10 years of experimentation, by me and others, with 3-D projects, some focused on classical antiquity, some not. To date we have two full-length video games designed to teach core courses for our Classical Studies program: Mythos Unbound for mythology and Saeculum for Roman civilization.

Other current projects include an interactive gallery application for the Crystal Bridges Museum of American Art, a touch-based game designed to teach neuroscience and philosophy of mind, a visualization of the topography of the Forum Boarium in Rome’s archaic period, and VR Pompeii, a project that brings together predictive environmental modeling with the analysis of player navigation of 3-D models, including EEG response.

My first teaching experience with 3-D came in 2004, when I had students in an Ovid course create a fictional Roman house in SketchUp. The house plan was synthesized from examples in Pompeii, and decorated with myths from Ovid, as represented in Roman wall paintings. The final product was a website that combined text descriptions with still images and pre-rendered video fly-throughs. What we really wanted, or course, was a walkable interactive environment. So when we first saw Unity’s “Island Demo” on the web player in 2007, our minds were blown. When we downloaded and started to use the engine, we knew the world would change.

Figure 3: Roman Forum scene during the mid-Republic, from Saeculum, a video game developed at Tesseract

Unity has transformed game development by working equally well on Mac or Windows, by presenting a user-friendly interface and project organization well supported by tutorials, by publishing across many platforms (desktop, mobile, consoles, VR/XR, web), and by offering free or inexpensive licensing. This is not trivial for classicists, the academy, or culture more broadly. In education, Unity allows teachers and students to create real-time interactive 3-D content with a much lower bar of entry in cost and training, with content shareable on desktop, mobile, web, and VR platforms.

In 2007, I partnered with a classics honors student, Keenan Cole, to begin developing Unity models of houses in Pompeii, linked to an external database of artwork and descriptions. This project went forward several semesters as an honors colloquium (“Digital Pompeii”), an experience that taught me that a) the project as conceived was far too ambitious, and b) the engine itself would not magically yield an application that was easy and fun to use. To get well-designed interactions and a clear user interface we needed not just a game engine, but game design, the subject of a new honors colloquium we created and taught in 2012.

To help launch this curriculum we were fortunate to receive a Grand Prize in the Unity Mobile Generation Education Contest (2011), including 20 free licenses of Unity Pro, which we leveraged to get 20 workstations for our now very crowded lab. Reading about game design itself proved to be another mind-blowing experience, profoundly relevant to teaching, even apart from game development (sources below).

At the same time, indie releases were transforming the perception and scope of video games, intellectually, aesthetically, and emotionally (short list: Flower, Journey, Dear Esther, Braid, Gone Home, The Last of Us, Papo y Yo, Unfinished Swan, Firewatch). The rise of these small-studio games made it clear that meaningful games could be made by small teams, on all kinds of subjects, with a lean budget. The natural interdisciplinarity of a field like classics could intersect, in an active way, the multi-disciplinary nature of making games.  The world of small-studio game creation receives significant attention on the game development sites Gamasutra and Polygon, while the intersection of video games, archaeology, and heritage visualization receives in depth discussion on the pages of PlayThePast, LivingEpic, Archaeogaming, and Tara Copplestone's blog.

Figure 5: Visualizing Player Data from the House of the Prince of Naples

But “lean budget” does not mean “no budget.” Like many state schools, the University of Arkansas has made a major investment in expanding the range and quality of its online courses. This strategic institutional goal overlapped with our interest in making games for teaching, especially (in the short term) for large-enrollment classics courses. In 2013 the University of Arkansas’ Global Campus provided significant funding to get the Tesseract Center for Immersive Environments and Game Design off the ground as a functioning game studio.

The first word in the Center’s name combines unfolding dimensions with time-space travel, and that definitely applied to our classics projects. The rest of the name reflects the discussion mentioned above about the value and purpose of 3D immersive technologies, and the perceived tension between the goals of precise scholarly reconstruction and learning-focused play. Yet data visualization does not happen in a design vacuum, and as it moves toward interactive 3D platforms like Unity, scientific visualization will be much more engaging and insightful if it is informed by effective game design. This is a discussion higher education should be having, and I am fortunate to be at an institution that has supported Tesseract even as it challenges the position of many on campus about the social and educational value of video games. Rather than playing defense around vocationalism and enrollment numbers, classicists can play offense around a dramatic recreation of our own curriculum, a refashioning that speaks to the fact that the interdisciplinary essence of classics is always relevant.

Bogost, I. 2011. How To Do Things with Video Games. University of Minnesota Press.

Gee, J. P. 2008. What Video Games Have to Teach Us about Learning and Literacy. Basingstoke: Palgrave Macmillan.

David Fredrick is Associate Professor of Classics at the University of Arkansas. His research interests include Roman poetry, Roman houses and wall painting, the representation of Rome in cinema, and cultural theory. He can be reached at dfredric@uark.edu.

04/13/2022
Blog: Two Years Later: “Classics” after Coronavirus?
In an April 2020 post for Eidolon, I gathered predictions on “classics after coronavirus.” Two years later, it’s...
04/08/2022
Blog: Ancient Worlds, Modern Communities: Increasing Accessibility for the Study of the Ancient World
The Ancient Worlds, Modern Communities initiative (AnWoMoCo), launched by the SCS in 2019 as the Classics...
03/21/2022
Blog: I Love You, I Hate You: A Student’s Perspective on Learning Latin
I have always enjoyed Latin class because it felt like a puzzle, much like math. Find the verb, find the noun that...
03/18/2022
Blog: Power to Punish and Authority to Forgive: Imperial State and Imprisonment in 4th-Century Antioch
Research ideas often develop out of chance encounters or unplanned circumstances. My dissertation project was born...
03/14/2022
Blog: Sampling Epic in Kendrick Lamar’s “Mortal Man”
Because it’s spirits, we ain’t even really rappin’ We just letting our dead homies tell stories for us....
END_OF_DOCUMENT_TOKEN_TO_BE_REPLACED