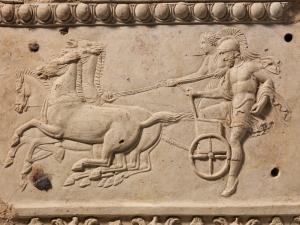 Being a successful independent scholar must mean more, I think, than merely participating in academic publishing venues and conferences as a kind of free-rider in inner-academic economies of publication, consumption and response. If being an independent scholar means no more than this, then it has a merely privative sense. Successful independent scholarship, in my view, involves in some sense a process of fostering one’s audience as well, empowering them as recipients for one’s work, stimulating the kinds of conversations necessary for its reception, creating its context. This involves in concrete terms maintaining a ‘curated’ social media presence that goes beyond mere self-promotion, using personal websites, Facebook, Twitter, and other platforms to share open-access scholarship and resources beyond one’s own work. By sharing scholarship and resources with an informed pool of readers, those readers can eventually become an additional source of orientation and impetus for one’s work. The independent scholar in this sense forms a bridge between a readership involved in educating itself, with very specific interests and very often with some kind of praxis in mind, and an academia which often strives for a sense of relevance. It is this process I would like to speak about as illustrated through my own experience.

At the time that I defended my dissertation, I had already been aware for a long time of the kind of conversations that occurred on the Internet and the role academic writing played in these exchanges, in the cynical sense, of course, as a kind of reservoir of authority, but more positively as opening up the potential for entirely new ways of seeing issues, providing all kinds of paths out of unproductive oppositions. I had been engaging in these conversations, as I like to say, since the days of dial-up. However, the intense focus required over years of intensive graduate coursework, exams, and then the process of writing the dissertation itself, had taken me largely out of participation in this rapidly evolving world, so that when I returned to it as a newly-minted PhD, it was as a kind of newcomer.

At first, this involvement was essentially just a return to casual participation in media like message boards, and was quite separate from my academic social life, which revolved around attending conferences, publishing my first articles, and, at least for a time, trying to secure a full-time teaching post and to publish a monograph based on my dissertation. The first thing that began to change the character of this engagement was that, at first through the minimal portal of ProQuest, interested laypersons, often from abroad, began to reach out to me as a result of having obtained my dissertation. This struck me, given the difficulties I was having in eliciting interest from academic publishers in a monograph based on it.

While I obviously cannot say for certain what were the reasons for this lack of interest from publishers, a typical explanation would be that the proposal lacked the broad focus and appeal that would make for a suitable textbook; and perhaps, in addition, it was regarded as situated too polemically relative to a field where insufficient basic work had yet been done. And yet, these were precisely the features that made it attractive to the readers outside academia, or in some cases, graduate students on the threshold of an academic career—namely, that it was unabashedly technical and polemical. The former, in particular, goes strongly against the conventional wisdom regarding what is necessary to reach a readership outside academia. And yet, I knew first-hand the value that highly technical, even, some would say, needlessly arcane theoretical literature had had for me from adolescence onward. The notion of a conceptual ‘toolkit’, the practice of intellectual bricolage, though often derided from a standpoint of ostensibly humanistic ideals, shows in this way its fundamental potency.

Then a project in which I had become involved through conventional academic channels, namely by an advertisement in the newsletter of what was then the American Philological Association, turned perforce into an extra-academic project. A series of encyclopedia entries which had been supposedly written under contract with an academic publisher turned out to have no home after all after the project’s cancellation. Having invested an extraordinary amount of labor in them, I decided to make them available on a personal website, which would also be a repository for as much of my published work as I was permitted to self-archive. I soon found that, especially as I learned a little, purely by chance, about search engine optimization, these could draw relatively significant traffic to the site; not significant in absolute numbers, but quite significant in terms of the effect it had on my work as I went forward.

On the one hand, it led to invitations to publish in extra-academic media; on the other hand, it led me to privilege those venues for academic publication that would allow me to share my work on my site. I began to see the publication of an article in a journal or edited volume as only half the story, so to speak, where the other half was the sharing of this work in an para-academic network that may even have been, in raw numbers, smaller than the nominal readership of a journal, but was effectively much larger because of their degree of interest in and engagement with the material. A particular journal in which I had published two articles would only allow them to be reprinted in a paper volume edited by myself; so I conceived the idea of giving access to my readers outside the journal’s steep paywall by compiling both the articles and a couple of other pieces into a book I self-published through Lulu, and could make available for far less than either article would cost alone from the journal’s site.

As I have continued to interact with readers who discover my work online and who belong to no academic institution, I have come to realize that just as an independent scholar must deal with issues of access to critical editions of primary texts and to relevant secondary literature, so too my readers, if they are going to engage fruitfully with my work, need access to some of the same material, and I try to do everything I can to facilitate this, through my own site and more informally through my Facebook page, which I treat as more of a professional than a private space. I do not cross the line of providing links to pirated editions of such material, but many of my readers do share such material with one another, and I believe that a frank conversation needs to be had about this, insofar as I do not believe that the academic publishing model developed under very different conditions of production is serving us well today.

A new dimension was added when I became active on Twitter. While it may seem strange that a medium structured (at that time) in 140-character bursts would be a useful medium for scholarly discourse, it has played a major role in bringing together independent scholars and interested readers at various degrees of distance from academia. I first became aware of the possibilities of Twitter in this respect, not through the work of an academic, but by seeing how a particular reader used his Twitter feed to take notes on what he was studying at the time, thus sharing his learning experience in real time and creating the conditions for a sort of ephemeral seminar. He would collect these notes at intervals from his Twitter feed and post them to a blog.

Once drawn into Twitter in this fashion, I found that it could be a useful, if challenging medium for eliciting reactions to ideas as I was writing. In this fashion, eventual readers of an article were participants in its crafting from the earliest stages, though I had never met them and most of the exchanges themselves were casual and transitory. The effect upon scholarship of the gnomic and occasionally vitriolic style of thought Twitter encourages has yet to be fully understood, but the effect of Twitter is at any rate surely being felt. Certain contemporary tendencies in philosophy, for example—generally along the continuum of ‘speculative realism’—have already propagated themselves in large part through Twitter, supplementing traditional modes of academic communication as well as circumventing institutional resistance.

The Facebook page, as I mentioned above, has also proven useful to me as a way of sharing work in its preliminary stages as well as in disseminating resources, but the networks formed by Facebook and by Twitter are quite divergent, and I have ended up using them quite differently. Besides the lack of Twitter’s length constraints, we know the people on our Facebook pages better; our personal and professional connections to them are more densely woven. On Twitter, our voice reaches much further, passing through hands and reaching ears we do not know at all, and which are interested in us strictly for the degree of intellectual novelty we can offer to a fast-moving medium. In any event, we should be aware of our role as catalysts in these networks, connecting scholars with other scholars and with readers who might otherwise not encounter one another.

The final stage I wish to speak of concerns the creation, with several colleagues all of whom I had met through online media, of an independent journal. This has become surprisingly easy, and I believe should be pursued by more networks of scholars as a way of creating alternative spaces for our discourse beyond the proliferation of journals by the large publishing syndicates, which in my view exhibit an increasingly dysfunctional culture of ‘impact factors,’ publication fees, abuse of unpaid labor, and restricted access. An independent journal does not have to depend on obtaining subscriptions from libraries, since if it has an ISSN number it is cataloged on World Cat and hence is available for interlibrary loan. Independently published books of all kinds can also take advantage of this system, an ISBN being easily obtained through any of the self-publishing platforms.

Independent journals can also exercise a wider editorial discretion, in which traditional academic articles share space with contributions that have more of the flavor of a blog post, allowing a broader participation by those who may be engaged with the same material in different ways, or whose ideas would never enter into the flow of scholastic discourse if they had to be articulated according to the stricter form of the academic essay. I have also contributed to many independently published anthology volumes in which scholastic essays appear alongside short fiction and poetry on related themes, and scholarship should not fear these more eclectic venues, evoking the 19th and early 20th centuries before academic pursuits became so rigidly professionalized.

Edward Butler received his PhD in Philosophy from the New School for Social Research in 2004 for his dissertation ͞The Metaphysics of Polytheism in Proclus.͟ He publishes regularly in academic journals, in edited volumes, in independently published anthologies and in the independent journal he co-edits, Walking the Worlds. Most of his publications have been on Platonism and Neoplatonism and on the polytheistic philosophy of religion, with significant additional focus on Egyptian religion. He writes the column Noēseis for Polytheist.com. Many of his publications are available from his website, Henadology: Philosophy and Theology, which also features his Theological Encyclopedia of the Goddesses and Gods of the Ancient Egyptians. He is also active on Twitter (@EPButler).