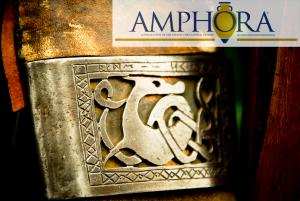 This article was originally published in Amphora 12.1. It has been edited slightly to adhere to current SCS blog conventions.

This spring I was fortunate to hear an interesting panel discussion—stand-up-and-take-notice interesting—at the Medieval Academy of America’s annual meeting, hosted by Notre Dame University. The panelists’ observations seemed to me relevant to the SCS both as demonstrating additional kinds of outreach but more importantly as discussing the peculiar period higher education now finds itself in, and what might be done about that at every level, from junior scholar to dean. Officially the panelists spoke in the context of medieval studies, but they mentioned classical studies at different points, and the vast majority of their comments would be applicable to nearly any department in the humanities, especially those involved with “old stuff” or those commonly regarded by the public as recondite. In short, if your discipline has a saying about it on the model of “It’s all [your day job] to me,” you’ll want to listen to the presentations by these three scholars.

Titled “The Futures of Medieval Studies and the Academy: A Panel Discussion,” the panel was organized by Thomas Goodman (Univ. of Miami) and Benjamin Ambler (Arizona State University), and sponsored by the Consortium for the Teaching of Middle Ages (TEAMS). The panelists were Barbara Rosenwein (Loyola University Chicago, retired), Irina A. Dumitrescu (Rheinische Friedrich-Wilhelms-Universität Bonn), and Mary Carruthers (New York University, retired). The audio file of the panel is made available with the permission of Dr. Lisa Fagin Davis, Executive Director of the Medieval Academy of America, as well as that of the individual participants.

The panelists are an impressive group: their backgrounds are diverse yet complementary, and as a result they provide a broader than usual landscape against which to offer ideas on where medieval studies (that is, a major field in the humanities) is going in the current corporate university model (where, to be honest, all of us sit, regardless of home country).

Barbara Rosenwein has published numerous monographs, textbooks, and articles, in six different languages, and conferences honoring her teaching and research have been held on two continents. She has been chair of the department of history at Loyola, a Fellow of the American Academy in Rome, co-chair of the American Historical Association’s annual program committee, and a Fellow of the Medieval Academy, among many other honors.

Irina Dumitrescu  was trained as a medievalist at Toronto and Yale universities. She was an Alexander von Humboldt fellow at the Freie Universität Berlin, and now is a junior professor in the Department of English, American, and Celtic Studies, giving her an interestingly multi-cultural outlook on current academic issues. In addition to her philological interests, she writes about food, sex, humor, and violence in the medieval world.

Mary Carruthers has published eight books and very many articles. She is a Fellow of the British Academy and of the Medieval Academy of America; she has won the Haskins Medal (2003), a Guggenheim Fellowship (2004), and has been a visiting or permanent fellow at Balliol and All Souls. She served as Dean for Humanities, Faculty of Arts and Science, at NYU, from 2000-2005.

The recording is roughly an hour and forty minutes long. The panelists’ observations were small-scale (Rosenwein), large-scale (Carruthers), and international (Dumitrescu), and while all of them are worthwhile I especially recommend the comments of Mary Carruthers, who, as she notes, speaks not as a professor of medieval studies but as past Dean for the Humanities at NYU.

Barbara Rosenwein speaks from 3:32 to 11:20; Irina Dumitrescu from 11:22 to 23:50, and Mary Carruthers from 24:04 to 44:16. A quite engaged group discussion follows that includes many audience members, and that also contains numerous ideas about outreach, the survival of individual disciplines, and the survival of higher education in the face of growing pressure from nonintellectual business models.

A brief overview of some points touched on by the speakers:

As the panelists note, we are at a point in the history of the academy in which the lion’s share—whether journalistic or administrative or financial—is given to disciplines in the hard sciences. It behooves humanists of all stripes to pay attention, and to find ways to work collaboratively.

(Photo: "Medieval shots" by Andrew Taylor, licensed under CC BY 2.0)

04/13/2022
Blog: Two Years Later: “Classics” after Coronavirus?
In an April 2020 post for Eidolon, I gathered predictions on “classics after coronavirus.” Two years later, it’s...
04/08/2022
Blog: Ancient Worlds, Modern Communities: Increasing Accessibility for the Study of the Ancient World
The Ancient Worlds, Modern Communities initiative (AnWoMoCo), launched by the SCS in 2019 as the Classics...
03/21/2022
Blog: I Love You, I Hate You: A Student’s Perspective on Learning Latin
I have always enjoyed Latin class because it felt like a puzzle, much like math. Find the verb, find the noun that...
03/18/2022
Blog: Power to Punish and Authority to Forgive: Imperial State and Imprisonment in 4th-Century Antioch
Research ideas often develop out of chance encounters or unplanned circumstances. My dissertation project was born...
03/14/2022
Blog: Sampling Epic in Kendrick Lamar’s “Mortal Man”
Because it’s spirits, we ain’t even really rappin’ We just letting our dead homies tell stories for us....
END_OF_DOCUMENT_TOKEN_TO_BE_REPLACED