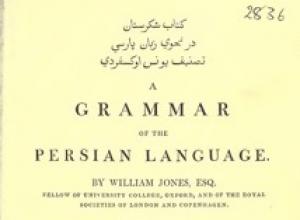 The English academic term Classics has conventionally designated the study of Ancient Greek and Classical Latin. The department from which I received both of my academic degrees makes the point explicit: its official name is “the Department of the Classics.” The department focuses upon Greek and Latin and the addition of the definite article asserts that these are the only Classical languages.

I do not believe that a single current member of that department would express any disrespect for Classical Chinese, Classical Arabic, Classical Persian, or Classical Sanskrit—the department’s name is an artifact from a previous era (and I find it also troubling that no one from outside Greco-Roman studies has cared enough to object to this continued terminology).

At Tufts University, my institution in the US, we can properly describe ourselves as a department of Classics. My colleague Steve Hirsch conducts research and teaches courses about the Greco-Roman world and Ancient China; my colleague Anne Mahoney teaches Sanskrit. I studied Arabic for five years and taught a course on Aristotle’s Poetics in Greek, including study of the Arabic commentary by Ibn Rushd and Latin translations of the Poetics and of Ibn Rushd’s commentary. Shortly thereafter, Tufts hired Riccardo Strobino, an actual expert on Greek, Arabic, and Latin to give a permanent role to Classical Arabic within our Department of Classics.

I would like now to add Classical Persian, but to do so in a way that reaches well beyond any one physical campus. Indeed, we must think globally if we are to develop anything locally. From a practical point of view, it may take years to build up enough students in courses on Classical Persian at Tufts (or any comparable institution) to satisfy the requirements of our administration. We can, however, develop a consortial class where students from Boston-area universities meet face-to-face periodically and exploit media such as video-conferencing for the rest.

The real challenge before us lies in how we teach. I would argue for moving directly into Classical Persian poetry, exploiting the possibilities of rich annotation so that our students immediately begin interacting intensively with small passages in Persian, supplementing their reading with translations. Here the work of three Leipzig PhD students helps lay a foundation: students might use the geographic visualization work of Masoumeh Seydi to follow the travels of a Persian author (perhaps even I’tisam al-Din’s account of his travels in Europe, which reverses the usual gaze and shows European culture from a Persian perspective). They would then build upon Saeed Majidi’s work with automated analysis of syntax and the detection of particularly difficult syntactic features, as well as upon Maryam Foradi’s work on aligned translations, to push into the text itself.

As a next step, I would suggest a project that Maryam Foradi suggested to me several years ago: a new edition of an academic best-seller of its time, Sir William Jones’ Grammar of the Persian Language (originally published in 1771).

This grammar focuses immediately upon Classical Persian poetry, and I would prefer that my students spend their time on this great cultural tradition rather than on how to order dinner in Tehran or talk about the weather in modern Persian. If at the end of their studies they have committed even a small number of poems not only to their memories but also to their hearts, they will emerge forever changed and, in my view, improved. Even a single semester of Classical Persian could have a profound impact upon our students and enrich their attitudes for the rest of their lives.

The first task should, at this point, be clear: we need to digitize the grammar, provide rich morpho-syntactic annotations for all the quoted passages of poetry, align the English translations to the Persian at a word/phrase level, include sound recordings (ideally with many different speakers voicing each word and quotation), add multiple modern language versions (including not only German but Mandarin and other languages) and then link the grammar to a growing corpus of richly annotated Classical Persian.

The grammar itself is a fascinating object of study. Jones was successful in advocating the study of Persian because the British used Persian as an administrative language by which to control India. He depended upon work by I’tisam al-Din, work that he did not properly acknowledge—a failure that probably reflects cultural assumptions about non-European actors rather than what we might now regard as plagiarism (or a lack of citation). Experts in Post-Colonial studies would have no difficulty expanding upon the problematic attitudes that we can detect in Jones. At the same time, we want to recognize that Jones was a radical thinker in his time—his support for the American revolutionaries, at the very least, probably slowed his career. And he did learn—and deeply love—not only Persian but Sanskrit and Arabic as well. I doubt that Jones, two and a half centuries ago, would have accepted the idea that Greek and Latin could ever be considered “the Classics” (as the fossilized name of the Harvard Classics Department puts it). When I personally consider the actions and underlying attitudes of Jones that I find problematic, I do so not to reduce Jones to the sum of his faults, but to imagine a new set of actions and principles by which we can more fully realize the love and respect that Jones undeniably did feel for Persian literature and culture. And the best way to do this may well be to build on Jones’ foundation with students and scholars from Iran, so that the study of Persian becomes a dialogue where Iranian voices are always present.

04/13/2022
Blog: Two Years Later: “Classics” after Coronavirus?
In an April 2020 post for Eidolon, I gathered predictions on “classics after coronavirus.” Two years later, it’s...
04/08/2022
Blog: Ancient Worlds, Modern Communities: Increasing Accessibility for the Study of the Ancient World
The Ancient Worlds, Modern Communities initiative (AnWoMoCo), launched by the SCS in 2019 as the Classics...
03/21/2022
Blog: I Love You, I Hate You: A Student’s Perspective on Learning Latin
I have always enjoyed Latin class because it felt like a puzzle, much like math. Find the verb, find the noun that...
03/18/2022
Blog: Power to Punish and Authority to Forgive: Imperial State and Imprisonment in 4th-Century Antioch
Research ideas often develop out of chance encounters or unplanned circumstances. My dissertation project was born...
03/14/2022
Blog: Sampling Epic in Kendrick Lamar’s “Mortal Man”
Because it’s spirits, we ain’t even really rappin’ We just letting our dead homies tell stories for us....
END_OF_DOCUMENT_TOKEN_TO_BE_REPLACED