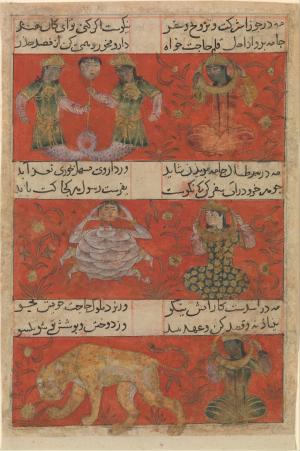 Digital technology can support the emergence of a new kind of environment for reading, exploring, and thinking about classical texts—even those in unfamiliar languages. But realizing the ambitious goals for the new reading modalities, described in an earlier post, is a non-trivial task and requires research of various types.

First, we need more, and more accurate, automated methods. We can create rich annotations for small texts or for heavily studied canonical literature, but digital collections now provide us with access to far more content than we ever worked with before. A US bachelor’s degree in Greek or Latin might require students to master, in some depth, a reading list of 150,000 words. The reading lists upon which PhD exams draw are closer to 1,000,000 words—and reading carefully text from Greek and Latin literature at this scale is a challenging task for young professionals. Professional students of Greek and Latin probably devote 80% of their publications to an extended canon of perhaps 5 or 10 million words—a figure that has possibly expanded in the past generation, both because digital corpora have made more texts available and because junior faculty may choose less heavily studied texts to facilitate the task of making new contributions. The surviving body of Greek and Latin literature produced through ca. 600 CE contains approximately 100 million words. No one knows how much Latin produced after ca. 600 CE survives, but the first surveys of million-book collections have already located more than 1 billion words. We simply can’t annotate these larger corpora by hand. We need to produce automatic linguistic annotation that is good enough to support readers who do not know the language. To some extent we can already do this. Saeed Majidi’s work on the automated syntactic analysis of Greek provides an important step in this direction. Masoumeh Seydi Gheranghiyeh’s work on geospatial visualization contributes in another way by representing concepts embedded in Arabic sources as actions upon a map and thus in a form that is easily understood in many different languages.

Second, we need to understand how human beings understand textual sources. The digital environment has limitations and possibilities that are simply different from print. What are these differences? Are there dangers (e.g., a tendency to read only short passages and to jump from context to context without extensive reading)? How do we best realize the possibilities? Maryam Foradi’s work is assessing what readers learn when they are able to interact with poetry in a language that they know linked to the original source text at the word and phrase level. Her initial research focuses on Persian poetry translated into German and English, but the principles clearly have wide—and very important—applicability. Foradi’s work represents a first and important step in a long-term area of research.

Third, we need to reflect upon, and exploit, the technology from a social, cultural and, indeed, a human perspective. More than two thousand years ago, in Plato’s Phaedrus, Socrates criticized the artificial memory afforded by information technology: he described writing as a poison that damages the memory and argues that reading alone is a dangerous activity. We must read always with someone else and learn by discussing new ideas with others. In our present context, this points to a major change that we must consider and exploit as fully as possible: the ability to communicate directly and in real time across boundaries of space. We need to be careful, of course, because video-conferencing, however advanced, cannot substitute for direct human contact and the social connections that we can forge when we sit together—as we all know, the shared conversations over coffee or tea between paper sessions or the evening dinners are the most fruitful moments of any conference.

The new possibilities of scholarly communication, both digital and physical, are already bringing into fruitful and collegial contact rising scholars in Leipzig and Iran, as seen in a recent workshop. I know all too well how hard it is for my own students to visit the US, and travel from the US to Iran can also be difficult. Germany provides a space where we can much more easily meet and develop new intellectual and social ties, with students and scholars moving ahead—as indeed, we should—of their governments. I suspect that my Iranian colleagues may find the idea of scholars as leaders much more natural than their US counterparts and, in this, I see a strength of Persian intellectual tradition that the US might profitably imitate.

There are many projects that we might pursue together, each of which involves a new conversation, with new points of view dynamically and respectfully included. If we focus for now particularly upon voices from Iran, Europe and North America, the emerging conversations have the potential to have an impact in many other contexts. If the relationships between Persia and Europe over thousands of years—and between Iran and the United States over the past century—have been at times difficult and provoked complex feelings, the possibilities of a new scholarship and new intellectual relationships among Iranian, European, and American thinkers are all the more exciting. Can we fashion a new culture of collaboration and shared understanding, one that may inspire others from very different cultural contexts? Can we, by the process of scholarly conversation, use our understanding of the past to change the world for the better and improve the future for our students and for all of our children?

04/03/2020
Blog: How Would Thucydides Have Recorded the COVID-19 Pandemic?
In his history of the long and costly war between Athens and Sparta, the historian Thucydides explained that he...
03/27/2020
Blog: Classics Everywhere: Bringing Science, Archaeology, and Creativity to the study of Classics
­­The Classics Everywhere initiative, launched by the SCS in 2019, supports projects that seek to engage...
03/20/2020
Blog: Working Together to Transcribe Ancient Documents During COVID-19
As the pandemic known as COVID-19 grips the globe, thousands of instructors in the United States and elsewhere...
03/12/2020
Blog: ‘Greater the Profit...When Two Go Together” [Il. 10.224-5]: Homeric Adventures in Collaboration and Open Access Publishing
By Joel P. Christensen and Elton Barker   How does one (er, a pairing) write a collaborative...
03/06/2020
Blog: Contingent Faculty Series: Addressing Vulnerability and Insecurity
Our second interview in the Contingent Faculty Series is with Ryan C. Fowler, who is currently Visiting Assistant...
END_OF_DOCUMENT_TOKEN_TO_BE_REPLACED