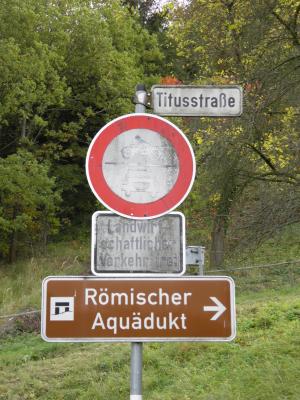 The Atlas Project of Roman Aqueducts (ROMAQ) is an initiative to collect published information about Roman aqueducts from the period of 400 BC to 400 AD. The project website was developed between 2004 and 2011, but the database and other efforts do not appear to have been actively updated since 2013. As it stands, the project’s scope is limited to large aqueducts that served cities and towns, excluding smaller aqueducts that served areas like villas and mines. The need for such a project, as the authors highlight on the landing page, is four-fold:

The ROMAQ team particularly hoped that the compilation of information about aqueducts and their locations might reduce intentional and accidental damage.

The ROMAQ website has three parts: a map, the database of aqueducts, and a list of references.

The map plots the 1,367 aqueducts included in the database. Unfortunately, it is static, with no search features or other capabilities. If these points were tied to the database (see below) it might be possible to select them or search them by keywords. Even so, it is impressive to see the number and geographic spread of aqueducts in the Empire and in the database.

By default, entries are organized alphabetically by ancient name, but may be reordered by clicking on other field headers. A simple search box is located at the top of the page, but there is no field-specific search capability.

Clicking on an entry takes the user to the individual page for that aqueduct.

The individual records provide more information about the aqueduct (country, age, period, length, dimension, volume, gradient, destination, and notes) and aggregate related bibliographic references and images, if any. Some entries (such as that for the Aqua Claudia, above) contain a dynamic satellite image map showing the approximate course of the aqueduct. Other entries only have a Google image at the top of the record marking the city in which the aqueduct is located. These Google images are not georeferenced to the coordinates of the aqueduct, even when known, nor is the data within each field linked to other gazetteers, namely Pleiades. Since the purpose of the project is to publish information about the location of aqueducts to aid in their preservation, this is a significant shortcoming. Moreover, users are not able to upload their own data. They must instead email any additions or corrections to the authors of the site.

The references section is a searchable database of over 4,268 bibliographic references in 23 languages. It is perhaps the most useful portion of the site to scholars. Each reference entry is tagged to the relevant aqueduct(s). While bibliographic information is sometimes incomplete (page numbers or names of publishers are frequently missing), this is an excellent resource that should be consulted by anyone working on Roman aqueducts. The most recent items date to 2013. The ROMAQ team has created or acquired PDFs of many of the articles and book chapters contained in the database, but, due to copyright restrictions, they exist in a currently inaccessible repository christened the Thomas Ashby Digital Repository (TADIR).

ROMAQ developed out of its sister website created by the same authors, the more currently updated Roman Aqueducts. Although not the topic of this review, it contains relevant resources which, when paired with ROMAQ, allow the user to further investigate major aqueducts.

Under “Introductions” one finds useful background essays on the history and technical aspects of Roman aqueducts. A technical introduction clearly explains the parts of the aqueduct, and images of each section aid in understanding this material.

“Aqueducts in details” contains information on over 100 Roman aqueducts. The data provided for these aqueducts is more extensive than on the ROMAQ site. Entries may include information about the source of the aqueduct, distribution, and repairs, among other topics. Each entry also contains maps and photographs; the Aqua Claudia page, for example, has 39 images and maps. As the authors themselves point out, many of the references about individual aqueducts contain contradictory information. The recommended literature on each page allows the user to investigate the bibliography for further research.

The ROMAQ project had many goals, only some of which have been realized. Originally, the project hoped to publish a paper atlas of the collected material. It would have contained a history of each aqueduct, photographs, and maps.

The website also needs to be updated. The ROMAQ team has compiled an additional 1,532 bibliographic references and 400 aqueducts, all of which need to be added to the website database. Details of aqueducts currently listed in the database need to added as well, including their length, capacity, width, and photographs. Interested participants are urged to contact the ROMAQ team to get involved.

In summary, this portal seeks to collate the many and varied sources of information about Roman aqueducts. Its search capabilities are limited at present, but with more funding and resources could be expanded to make fuller use of the data. The interaction with other web gazetteers like Pleiades could further strengthen the database and incorporate ROMAQ into other digital projects. ROMAQ exemplifies the struggle that many working in digital archaeology and digital classics face, namely, the difficulty in maintaining such a large project over time, especially when completely self-funded. The need for expertise in several different areas requires such projects to be interdisciplinary. With more participants and expertise, ROMAQ can continue to build on the ambitious work it has already completed.

Description: Database of information and bibliographic references about Roman aqueducts (400 BC – 400AD)

Jacqueline DiBiasie-Sammons is an Assistant Professor of Classics at the University of Mississippi. Scholarly interests include ancient graffiti, computational photography, Roman domestic architecture, and digital humanities. She serves as the Field Director for the Ancient Graffiti project and may be reached at dibiasie@olemiss.edu.

04/09/2021
Blog: Ancient Worlds, Modern Communities: Making Personal Experiences Part of the Study of the Ancient World
The Ancient Worlds, Modern Communities initiative, launched by the SCS in 2019 as the Classics Everywhere ...
04/05/2021
Blog: Review: A Conversation with the Creators of Alpheios Reading Tools
Alpheios Reading Tools (henceforth Alpheios) is an open-source web extension that allows users to access...
03/29/2021
Blog: Contingent Faculty Series: A Conversation with Bonnie Rock-McCutcheon
Our fourth interview in the Contingent Faculty Series is a virtual conversation between Joshua Nudell and Dr....
03/26/2021
Blog: Ancient Worlds, Modern Communities: Ancient Worlds through Modern Podcasts
The Classics Everywhere initiative, launched by the SCS in 2019, in March 2021 has been renamed and...
03/12/2021
Review: Pleiades
Pleiades is an online database of spatial information modeled on the long tradition of gazetteers. It is most...
END_OF_DOCUMENT_TOKEN_TO_BE_REPLACED

END_OF_DOCUMENT_TOKEN_TO_BE_REPLACED
Calls for Papers
CFP: Annual Meeting for Postgraduates in the Reception of the Ancient World (AMPRAW