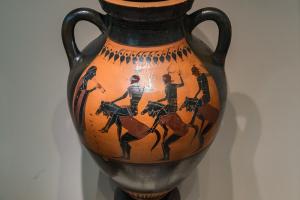 Since the 1980s, behavioral scientists have been documenting the negative impact of incentives on human motivation. Empirical observations and laboratory experiments suggest that, when we are offered a monetary reward to perform a task, our motivation to do so can be attenuated or shift from one informed by prosocial preferences, such as altruism and reciprocity, to one informed by profit-maximization. This so-called “crowding-out” phenomenon is considered to be the result of multiple interrelated psychological mechanisms, which are based on the messages incentives can convey to their targets, as well as on the way incentives can frame a decision situation.

In the civic sphere of activity, the crowding-out effect can be most detrimental in prompting people to adopt a market mentality for their civic actions. Hence several political scientists have expressed reservations or outright disapproval of today’s widely held view of incentives as a sine qua non for the design of public policy. Considering that the Athenian polis implemented an array of public payments, an inquiry into the similarities between the ways incentives affected pre- and post-modern agents in terms of civic behavior becomes compelling. 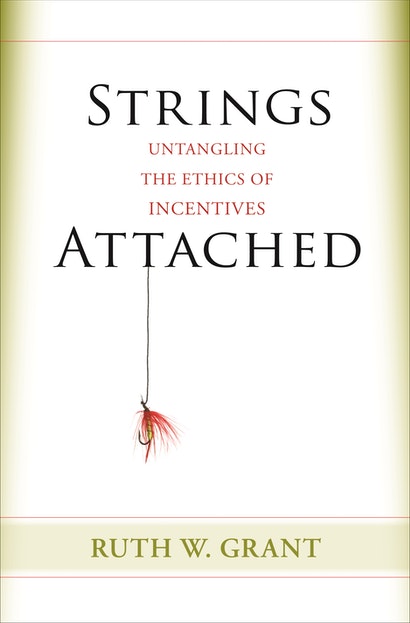 It has recently been argued that Aristophanic comedy is a window through which we can observe Athens’ cultural history. I argue likewise that Aristophanes presents us with a culture facing the same problems that today’s theorists link to the implementation of incentives. For example, in Knights, when the Chorus berates old Demos for his gullibility and his delight in flattery, he unabashedly retorts (1121–1130, translation mine):

There is no brain under your long hairs, since you think that I am absentminded, while I am deliberately playing dumb. For I take pleasure in cooing for my daily pap and choose to rear and keep a thief as a steward, whom I remove and smite when he has gorged himself.

Demos’s “daily pap,” as multiple food metaphors in the play suggest, is the three obols of the dikastikon, for which he is willing to indulge corrupt politicians (viz. Kleon). Similarly, in Wasps, Philokleon’s arguments in support of court service culminate with the “sweetest of benefits” (605): the three obols handed out each business day to those volunteering as judges. The waspish elders of the Chorus wholeheartedly agree with their peer; thus, the engagement of Kleon’s followers with the administration of justice is not only maliciously frivolous but also devoid of any sense of civic duty.

After Wasps, civic motivation moves to the periphery of Aristophanes’ surviving comedies. It may thus be tempting to assume that the political commentary of Knights and Wasps was just a biased critique against Kleon, whose death in 422 BCE ostensibly sets a thematic terminus ante quem. Nevertheless, civic motivation reemerges as a theme in Assemblywomen, and so do the problems of incentives.

In her mock-speech for the upcoming Assembly, Praxagora proclaims in rebuke (206–208): “Taking wages out of public money, each one of you cares for his own profit while the common weal wallows.” Soon enough, her husband Blepyros and his friend Khremes prove the point. Before Khremes even relates to Blepyros what transpired during the Assembly meeting, both men express their distress for missing out on their pay (377–382). Back in the early fifth century, as the Chorus noted earlier (304–305), “no one had the audacity to draw pay for managing the affairs of the polis,” but the dialogue between Blepyros and Khremes suggests that incentives have factored into a drastic deterioration of civicmindedness.

Taking the above into account, Aristophanes’ commentary on the civic motivation of Athenians sheds new light on our understanding of Athens’ civic culture overall. As Samuel Bowles has recently argued, the extent to which a society uses incentives may affect the way its members learn new social preferences or update preexisting ones; incentives can therefore have long-term effects that persist for decades, if not entire lifetimes. In fact, some long-term experiments have shown that societies appealing to the internal homo oeconomicus of their members in non-economic settings eventually prompt them to adopt utility-maximizing mentalities to the detriment of social preferences. 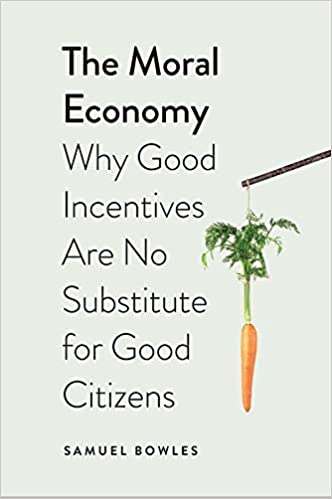 Figure 2: The Moral Economy: Why Good Incentives Are No Substitute for Good Citizens, by Samuel Bowles.

In this regard, Aristophanic comedy, despite its many humorous distortions, documents the effects of incentivization on Athenian civic culture in the longue durée. But what degree of historicity can we ascribe to this aspect of Aristophanes’ work? Interestingly, in his Olynthiacs, Demosthenes touches on similar behavioral phenomena. Athenians are time and again castigated for their negligence with regard to the military affairs in the north, which the orator attributes to the lack of prospect for pay (3.20) and the reluctance to divert money from the Theoric Fund (1.20; 3.11). So comic theater was not the only forum where the implementation of incentives and its constant expansion within the civic sphere of activity was problematized.

In keeping with this analysis, Aristophanes’ political commentary on the intersection of public finance and civic behavior speaks not only to the value of comedy as a historical source but also to the institutional function of comic theater. Like Demosthenes’ censure, which was part of an argumentative strategy, Aristophanes’ preoccupation with the motivational makeup of his fellow citizens was not solely descriptive. Either directly or indirectly, the three plays I examine for my dissertation also offer political advice for the issue at hand.

In Knights, for example, the Sausage Seller rejuvenates old Demos and gives him a hard lesson by pointing out past mistakes. One of those mistakes was that “if two politicians made proposals, one to build long warships and the other to lavish money on public payments, the payment-guy would prevail over the ship-guy by far” (1350–1353). This dilemma between investing and disbursing public funds looks back to the naval policy of Themistokles; yet, given Athens’ navy-based strategy during the Peloponnesian War, no such dilemma ever presented itself in the last third of the fifth century. This passage thus makes no pretense to castigating a current political malpractice. Instead, this reference to the shipbuilding debate back in 483 BCE functions on a symbolic level, offering a model from the past for how deliberation on public goods should work in the present — that is, with a mind to social and not personal utility.

In the end, Aristophanes’ work presents a vision of a better democracy, where altruism is the primary factor of civic motivation, and Athenian society reverts to its ostensibly glorious past of the early fifth century. Accordingly, juxtaposing this political advice with Aristophanes’ self-proclaimed educational aspirations, his comedy emerges as an insightful means of democratic civic education. My work thus takes a stand on the long-standing debate over the political outlook of Aristophanic comedy. Siding with scholars who have ascribed to Aristophanes’ work a pro-democratic outlook, my argument is that his work is not only an invaluable source for fifth-century Athenian cultural history but also part of a fundamental democratic institution.

Constantine Karathanasis is a PhD candidate at Washington University in St. Louis. He received a BA in Philology from Aristotle University of Thessaloniki (Greece) and an MLitt in Greek & Latin from the University of St. Andrews (United Kingdom). Moreover, Constantine has spent two years at the American School of Classical Studies at Athens, first as a Regular and then as an Associate member. His overall research interest is the intersection of art with politics, which for the Greek world translates into an analysis of how drama engages with the political and economic environment of Athens during the years of its empire. His published work has dealt with various aspects of Athens's empire, from timber commerce with the kingdom of Macedon (https://www.jstor.org/stable/10.2972/hesperia.88.4.0707) to the imperial ideology reflected by honorific decrees (https://tinyurl.com/26vphtyh).

04/13/2022
Blog: Two Years Later: “Classics” after Coronavirus?
In an April 2020 post for Eidolon, I gathered predictions on “classics after coronavirus.” Two years later, it’s...
04/08/2022
Blog: Ancient Worlds, Modern Communities: Increasing Accessibility for the Study of the Ancient World
The Ancient Worlds, Modern Communities initiative (AnWoMoCo), launched by the SCS in 2019 as the Classics...
03/21/2022
Blog: I Love You, I Hate You: A Student’s Perspective on Learning Latin
I have always enjoyed Latin class because it felt like a puzzle, much like math. Find the verb, find the noun that...
03/18/2022
Blog: Power to Punish and Authority to Forgive: Imperial State and Imprisonment in 4th-Century Antioch
Research ideas often develop out of chance encounters or unplanned circumstances. My dissertation project was born...
03/14/2022
Blog: Sampling Epic in Kendrick Lamar’s “Mortal Man”
Because it’s spirits, we ain’t even really rappin’ We just letting our dead homies tell stories for us....
END_OF_DOCUMENT_TOKEN_TO_BE_REPLACED