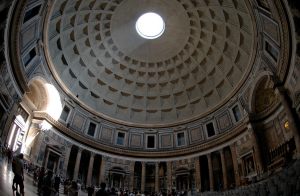 Creative and interdisciplinary programs for middle and high school students are an important part of the Classics Everywhere initiative. Award recipients have brought science, engineering, 3D printing, and creative writing into the study of classical antiquity, making the latter all the more interesting and fun. These programs provide hands-on experiences and encourage social interactions; however, as Classics instructors of all levels are moving to online teaching as a response to the COVID-19 crisis without much preparation and in some cases, in a matter of a few days, these programs may also prove inspiring for online creativity and future hands-on projects to incorporate into teaching activities.

The Roman Technology, Latin, and Classical Mythology program at Glasgow Middle School in Baton Rouge, Louisiana, introduces students to the classical world by incorporating the study of science, engineering, and archaeology. Classics teacher Nathalie Roy, who was also named Middle School Teacher of the Year 2020 for the East Baton Rouge Parish School System in Louisiana and was recently awarded this year’s Coffin Fellowship for summer travel, began this program at Glasgow Middle School two years ago, after having taught in private school for 24 years. Her Roman Technology class––a course in high demand with two sections which are always full––offers students the opportunity to recreate the products and processes of the ancient Romans through “experimental archaeology.” That is to say, they attempt to remake material culture from the ancient world today.

Among other activities, students design aqueducts, build their own kilns to fire pottery, and construct miniature Roman catapults. “I love the activities we do in this class because they are fun and sometimes challenging, but it really helps us get an idea of how the Romans lived and what they used," one of Roy’s students commented. Roy is excited to be teaching in the Baton Rouge public school system, because it means that she can now reach a wider and more diverse group of young people: 58% of her school’s students are African-American and 13% Hispanic. All of them participate in the free or reduced lunch program.

With funding from the Classics Everywhere initiative, Roy and her students ran a Roman concrete booth during the Mini Maker Faire at the East Baton Rouge Parish Library last fall. SCS funding was used to purchase supplies and to create Roman technology T-shirts that all students wore during the fair. By following an ancient recipe by Roman engineer Vitruvius, around thirty student volunteers demonstrated to visitors how they could mix ancient Roman concrete. 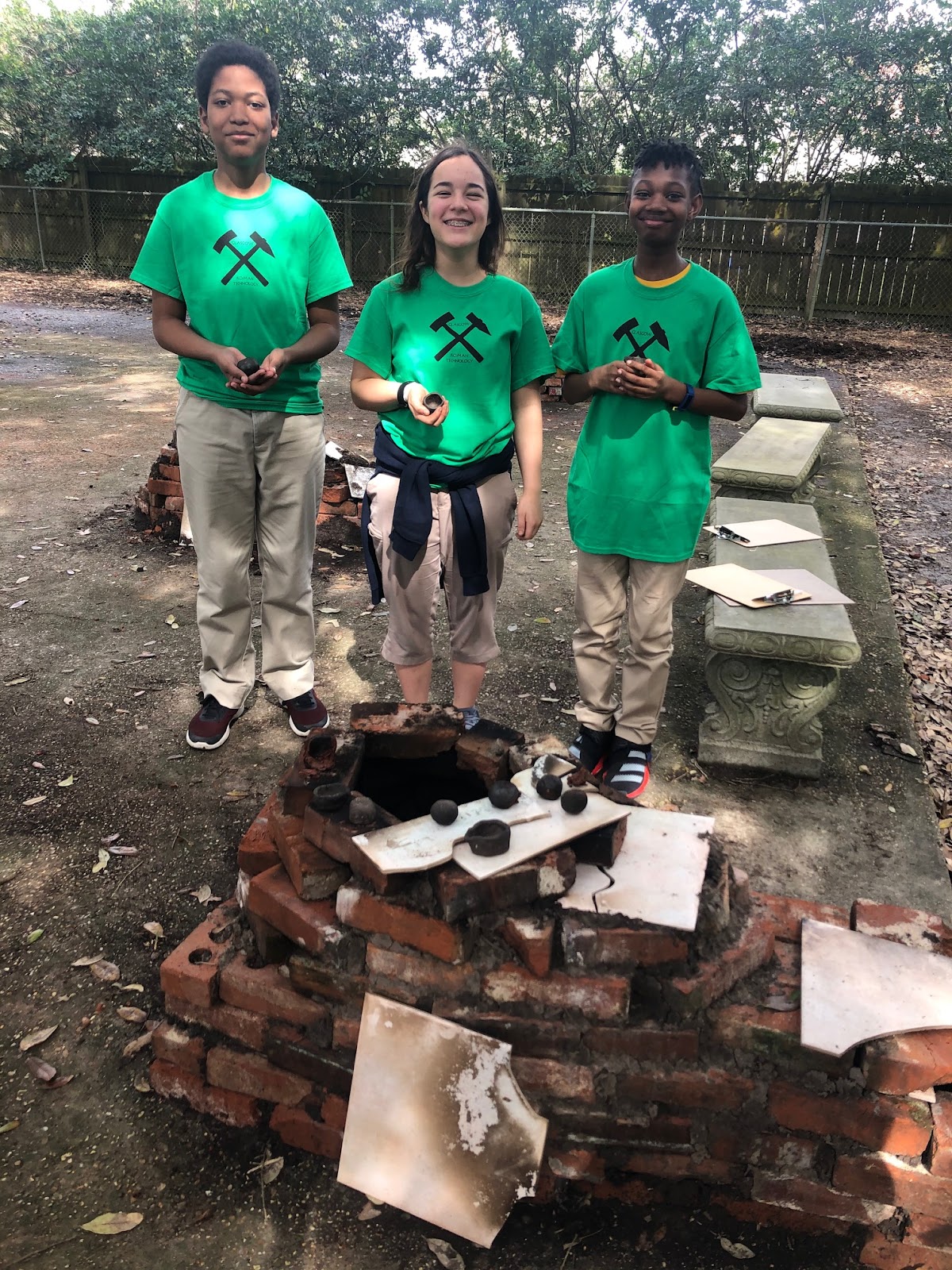 The experience of just being able to build while learning about one of the most interesting ancient civilizations is really fascinating to me. It's not just one of those sit down and listen and be lectured classes. It's hands on, but it’s more than that. It’s not just hands on, but tools on too. 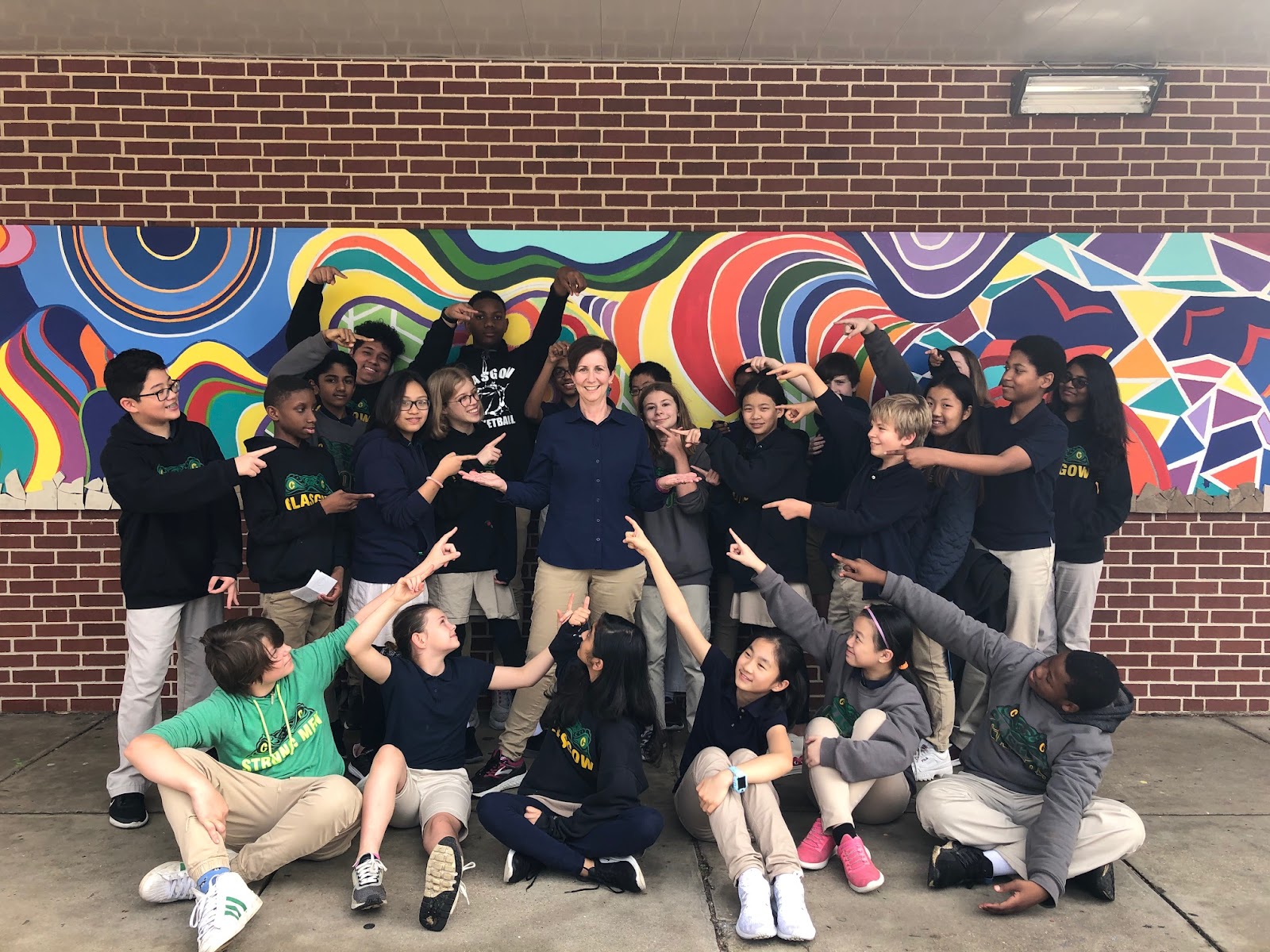 Roy regularly tweets about Roman Technology and Latin and was featured on a podcast about STEM and ancient Rome. If you or your students would like to participate in a live-stream lesson with Roy about how to make your own mini catapult at home on Tuesday, March 31, you can register here.

Middle and high school students in Schenectady, NY are also offered the opportunity to study the ancient world by engaging in science and technology workshops. The Ralph and Marjorie Kenney Center for community outreach at Union College offers a Science and Technology Entry Program (STEP) for public school students in grades 7-12. This year Angela Commito, Lecturer in Classical Archaeology at Union College and an archaeologist interested in 3D printing, is participating for the first time in the college’s STEP program by organizing workshops in 3D printing for the middle and high school students later this spring. Reflecting on the value of these workshops Commito noted:

By integrating classical studies with 3D-printing technology, our goal is to excite and encourage the workshop participants to see the classical world as an area of discovery that can be deeply integrated with technologies normally associated only with STEM fields. The workshop will be designed as an immersive, hands-on learning experience in which cutting-edge technology is presented seamlessly with the study of ancient Greek language and sociocultural context. Figure 3: A 3D model of a water-powered marble sawmill made by Commito’s student, Andrew Crouth ‘21. Photo by Andrew Crouth.

Commito regularly works with students to create 3D printed models of ancient objects and buildings, such as Greek vases and Roman grain mills, at the Maker Web Labs at Union College. She uses these models so that her students can look at, touch, and even create their own reproductions of the objects they are studying. In the 3D printing workshops designed for middle and high school students, she is working with colleagues and Classics majors to offer younger students the opportunity to engage with this technology too. Students will look at digital and 3D models of ancient objects, and then will make miniature vessels that they can take home with them. Commito will also talk about the value of 3D printing as a way to access the past, and about the promise and limitations of 3D models for the advancement of scholarship. Commito notes that Smithsonian 3D, Digital Sculpture, and the Interdisciplinary Archaeology Program at the University of Virginia are useful resources for those working on 3D printing. 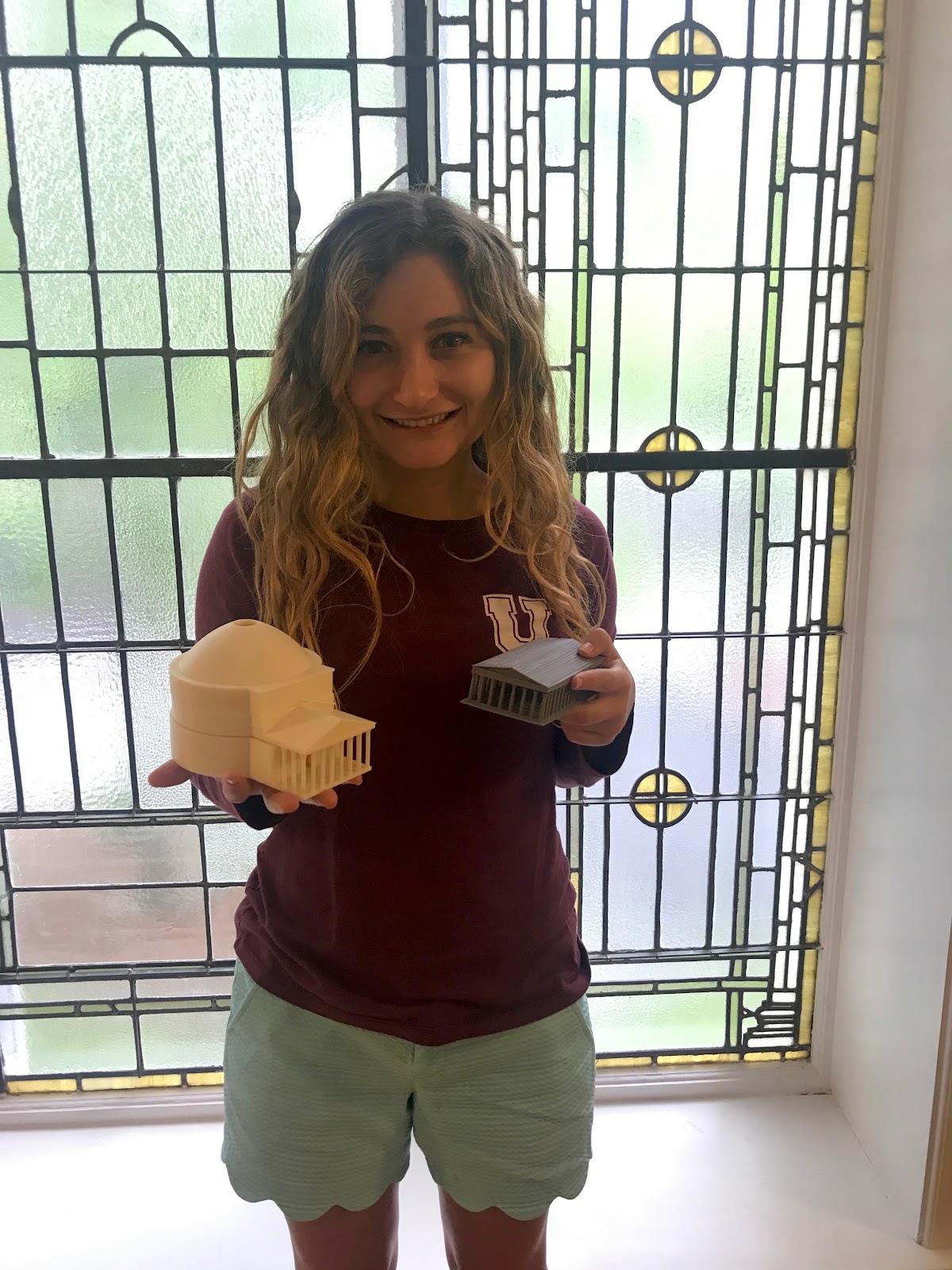 Figure 4: Commito’s student, Mallory Epstein ‘20, holding her own 3D models of the Parthenon and the Pantheon. Photo by Angela Commito.

In Dublin, California, Sarah Shin, Middle School Latin teacher at Classical Homeschool Day Academy, is also interested in creating an interdisciplinary program to make the study of Classical antiquity accessible to students of a variety backgrounds. She organizes and runs the National Society of Arts and Letters Creative Writing Club at Cottonwood Creek Elementary School (K-8), an after-school program comprised of 24 middle school students in the sixth through eighth grades who are devoted to the craft of creative writing. The school’s population is highly diverse with approximately 90% of students coming from ethnic minority backgrounds.

With funding from Classics Everywhere to purchase books and supplies, this year Shin made Roman culture the focus of the program. Students studied Roman myths, history, and literature as inspiration for their writing. Students then wrote stories, poems, and creative nonfiction based on their readings and discussions. The students’ response to the program has been inspiring to Shin, who reports:

My hope is to expand this program to other middle schools in our community, as there is no access to Classical Studies in this area. I believe that everyone should have access to the joys of learning Latin and come to envision Classical Studies as a socially engaged, diverse, and inclusive field.

Finally, Rebecca Koebele-Demaree, Latin teacher and Assistant Chair at the Department of World Languages at Notre Dame High School (NDHS), is working to make Latin more accessible by means of an after-school Latin program for middle school students at Saint Ann School in Lawrenceville, NJ. On one day per week, a group of Latin Honors students and active Latin Club officers travels from NDHS to Saint Ann to teach interested students Latin and Roman civilization using spoken Latin and engaging activities and games. The program focuses on improving students’ vocabulary and literacy and so emphasis is given to the Latin roots of English and Spanish words. According to Koebele-Demaree “the goal is to introduce students who traditionally have not had access to classes in Latin and Roman civilization to these areas of knowledge, enriching their own educational experience while simultaneously bringing a more diverse audience into the field.”

All of these programs are aimed primarily at middle school students, at students coming out of childhood and ready to discover new fields, activities, and possibilities. They encourage – at a crucial turning point for many of these students – the opportunity to dive into unknown territories and to experiment with a variety of methods. They provide engaging, creative, and collaborative hands-on activities; but they also speak to the flexibility, creativity, and cooperation seen in students and teachers alike in the world of Classics today. It is just this energy and adaptability that is also needed in unexpected moments and that we have seen in the case of so many Classics instructors making the switch to online teaching, sharing resources, and pooling ideas as a response to the COVID-19 crisis.

The next round of applications for Classics Everywhere grants is due May 15, 2020 and you can apply here.

Header Image: Interior of the Pantheon taken by John Morton via Flickr (CC-BY-SA 2.0).

04/13/2022
Blog: Two Years Later: “Classics” after Coronavirus?
In an April 2020 post for Eidolon, I gathered predictions on “classics after coronavirus.” Two years later, it’s...
04/08/2022
Blog: Ancient Worlds, Modern Communities: Increasing Accessibility for the Study of the Ancient World
The Ancient Worlds, Modern Communities initiative (AnWoMoCo), launched by the SCS in 2019 as the Classics...
03/21/2022
Blog: I Love You, I Hate You: A Student’s Perspective on Learning Latin
I have always enjoyed Latin class because it felt like a puzzle, much like math. Find the verb, find the noun that...
03/18/2022
Blog: Power to Punish and Authority to Forgive: Imperial State and Imprisonment in 4th-Century Antioch
Research ideas often develop out of chance encounters or unplanned circumstances. My dissertation project was born...
03/14/2022
Blog: Sampling Epic in Kendrick Lamar’s “Mortal Man”
Because it’s spirits, we ain’t even really rappin’ We just letting our dead homies tell stories for us....
END_OF_DOCUMENT_TOKEN_TO_BE_REPLACED