Blog: Classics Everywhere: Connecting with the Ancient World through the Visual and Performing Arts 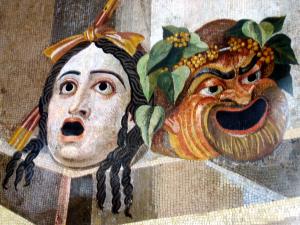 The new Classics Everywhere initiative, recently launched by the SCS, supports projects that seek to introduce and engage communities all over the US with the worlds of Greek and Roman antiquity in new and meaningful ways. During the first round of applications, the SCS funded 13 projects, ranging from performances and a cinema series to educational programs and inter-institutional collaborations. In this post we focus on four programs that engaged audiences with the study of Greek and Roman antiquity and its connection to our modern world through the visual and performing arts.

The mythical past was a great source of inspiration not only for the Athenian 5th century playwrights, but also for many artists in the performing and visual arts ever since. The Greeks performed and dramatized stories from a mythologized history to explore emerging tensions between family and community values, gender dynamics, human relationships, the definition of justice, and the role of the divine world in human life. Putting these stories on the theatrical stage during their city’s most important festivals served to encourage audiences to think about the organization and structure of their society, their policies, and values.

Today too, Greek myths find their way into many forms of art. Artists of various sorts – filmmakers, playwrights, dancers, actors, composers, opera singers – use the fascinating stories of the Greeks as a vehicle to abstract and then explore contemporary issues, communicate with the young, express deep emotions, challenge our current perspective, and often challenge us to think about “the other”—especially the underrepresented and underserved.

Drama’s ability to spark cultural reflection and human emotion is a pivotal reason that Bonnie Rock-McCutcheon at Wilson College used theater to introduce Greek and Roman mythology to local elementary school children in Chambersburg, Pennsylvania during an event at her college called Learning Campus. The Learning Campus Tutoring program is a K-5 migrant after-school program on the Wilson College campus. The program serves families who have relocated in the past 36 months to work in the agriculture industry. “These families often live at or below the poverty line and the children in these families typically struggle with language and cultural barriers, which makes success in school difficult,” Rock-McCutcheon noted. “In addition, Wilson is located in a rural area in Pennsylvania and residents are less likely to have the opportunity to engage with Greco-Roman antiquity.” Through the efforts of Rock-McCutcheon and her students, these children not only engaged with antiquity, but did so in the participatory environment of theatrical workshops and activities.

On March 2, approximately 80 elementary school children came to Wilson College and engaged in a variety of math and literary enrichment activities. Rock-McCutcheon and her college students put together a 30-minute workshop on Greek theater, presented a kid-friendly version of Euripides’ Cyclops and discussed various elements of a Greek theater performance. The children then engaged in making classically themed masks and props. “It seems to me that drama, as a vehicle for the communication of myth,” Rock-McCutcheon believes, “is a key way that people, and especially kids, interact with the classics. By creating a kid-friendly version of Euripides' Cyclops, I was able to retell an engaging story about Odysseus - while still using a text as the starting point. Kids are also familiar with characters from Disney's Hercules and the Percy Jackson books, so presenting mythology through theater offers them myths in a context that they already understand and have connections to (in fact, Silenus made a shout out to his good friend Phil during our production).” 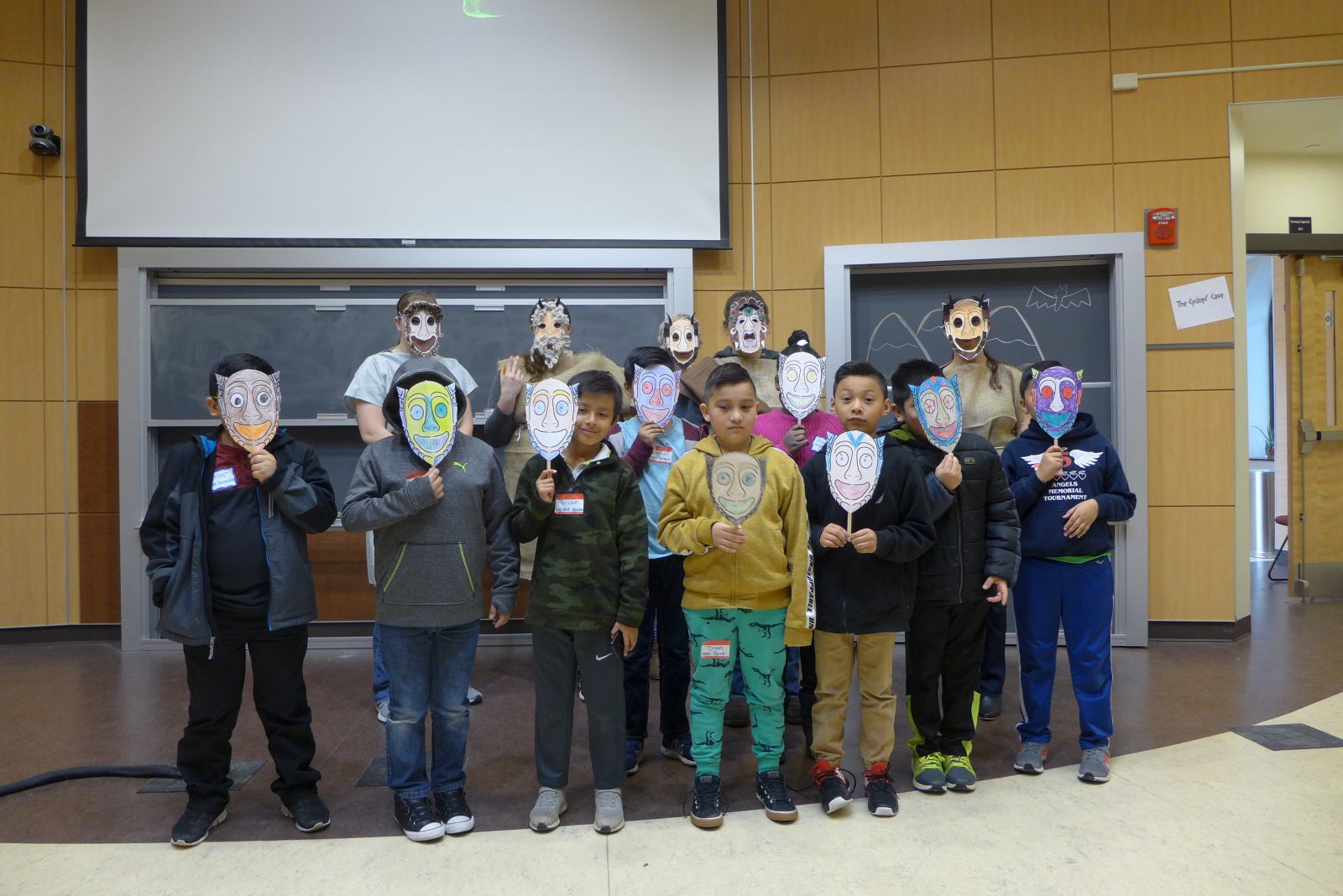 Figure 1: Students with their masks during Learning Campus at Wilson College (Image by Bonnie Rock-McCutcheon and used by permission].

In adapting Euripides’ play for children, Rock-McCutcheon also consulted with a fifth grader, her cousin Selda Vural, who is a huge fan of the Percy Jackson books. In the fall Rock-McCutcheon is using SCS funding to organize readings of ancient plays – hopefully with collaboration of classics, dance, and music students – during another Wilson College event called Arts Day. 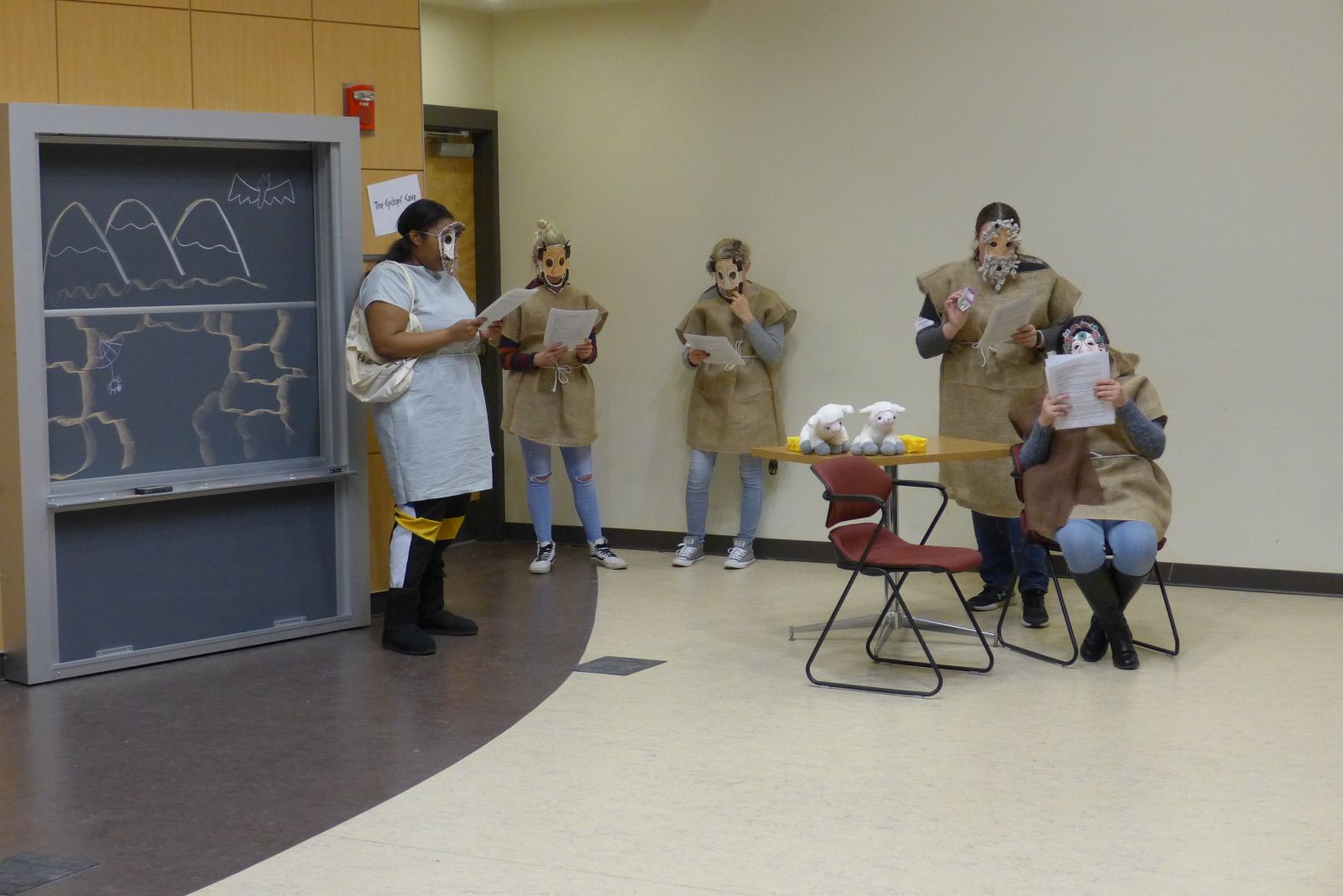 The performing arts were also used as a means for artistic expression and interdisciplinary learning for another project funded by the Classics Everywhere initiative. Kenny Morrell, Associate Professor of Greek and Roman Studies at Rhodes College, used theater as a vehicle for college and high-school students in Memphis to explore concerns and conflicts within predominantly African-American communities. Morrell received funding from the SCS to support an inter-institutional collaboration between Rhodes College in Memphis, Howard University in Washington, D.C., and the New Ballet Ensemble and School (NBE) in Memphis. Using materials from the Io Project, an online resource for Africana receptions of Greece and Rome, Morrell and Caroline Stark, Associate Professor of Classics at Howard, linked their courses online, creating an inter-institutional dialogue about the texts and their cultural contexts. Students in both classes created a series of scenes inspired by their study of Athenian tragedy and comedy and the works of artists from the African Diaspora, who have translated, adapted, and re-envisioned these Greek plays. Morrell traveled to Washington over spring break to work with Stark and her students in person, and a group of five students from Howard along with Stark traveled to Memphis over their spring break to work with their counterparts at Rhodes and the performers  at NBE.

Through a series of workshops in Memphis, the students selected six scenes for production. A little over a month later, four were ready for a performance in the amphitheater on the Rhodes campus on Tuesday, April 30: "Washerwomen," a scene by Jay Albertson from Rhodes that adapts Lysistrata to the strike of washerwomen in 1881 in Atlanta; "Aphrodite's Baby," a scene by Janelle Williams from Howard based on the story of Pygmalion and Galatea; "Ave Maria," a scene by Nick Kokoropoulos from Rhodes who reimagined the story of Oedipus within an ecclesiastical context; and "King of Pain," a comic version of Euripides' Bacchae by Jaylyn Knotts from Howard. The "Washerwomen" was also featured in the NBE's family night at the Levitt Shell on May 8.

According to Morrell, “This collaborative initiative was successful on three fronts: it demonstrated to the local community the transhistorical power of drama and its contemporary relevance; it illustrated the impact of the liberal arts as a catalyst for the creative engagement with our various cultural legacies; and it provided an opportunity for experiential learning. The students from the New Ballet Ensemble and School had an opportunity to work with college students, who, in turn, provided mentorship and encouragement to their younger colleagues.”

In addition to drama, music is also a powerful vehicle for narration and expression. Andrew Simpson, a composer and music director, partnered with his wife, Associate Professor of Greek and Latin at the Catholic University of America, Sarah Ferrario, to create the Oresteia Project, a series of modern operas drawn directly from the actual structure and language of Aeschylus’ Oresteia. Simpson drew inspiration for the project while living in Athens for a year and meeting the acclaimed Greek composer, Mikis Theodorakis. The operas – whose libretto was created by Ferrario – track the course of the Oresteia trilogy through solo arias, duets and choruses, narration, film, and projected supertitles.

On May 23 the Harman Center of the Shakespeare Theatre Company (STC) in downtown Washington, D.C. hosted a one hour condensed version of Simpson’s operas as a prelude to Ellen McGlaughlin's new adaptation of the Oresteia. There were 19 singers (5 soloists and a 14 member chorus) participated in this work with Simpson himself as the conductor. SCS funding supported the compensation of the instrumentalists and singers. This opera was presented as part of the Happenings at the Harman series, a series of events that complement the main stage productions by bringing local artists in conversation with the main stage artists and plays.

Simpson explains that “the artistic impact – the theatrical effect of Aeschylus’ plays, when combined with music to become operas – is our primary interest. We want to share this music with audiences to show one way in which these tragedies are incredibly powerful theatrical pieces.”

Along with theater and opera, film has been another medium through which artists have engaged with classical myths. Lauren Rogers, Dean of Students at Salem Academy, partnered with A/perture Cinema, an independent local movie theater in Winston-Salem, to put together a cinema series centered on the reception of classical myths. The films and themes selected were: La Belle et la Bête (1946), inspired by the myth of Cupid and Psyche, with its themes of power, sacrifice, and love; Orfeu Negro (1959), the myth of Orpheus and Eurydice, with its explorations of race, ritual, and death; and Ruby Sparks (2012), which reinvents the story of the artist who falls in love with his own creation, in the tradition of the ancient sculptor Pygmalion.

Over 70 attendees from the ages of 17 to 70 participated in this film series, and each screening included a panel introduction and a robust community discussion after the film. Four local education leaders participated in film panels and brought their expertise to the discussion: John Oksanish, Associate Professor of Classics at Wake Forest University; Christopher Clary, English teacher at Salem Academy; Daphne Holmes-Johnson, founder of Creative Endeavor and Events, and the immediate past Board Chair of Winston-Sale Delta Fine Arts Center; and Krisha Marcano, Assistant Dean at the School of the Arts at UNC. According to Rogers “this series encouraged young and old to embrace classics and become more aware of classical tropes, traditions, and ideas in the streets and homes of Winston-Salem and Forsyth County.” 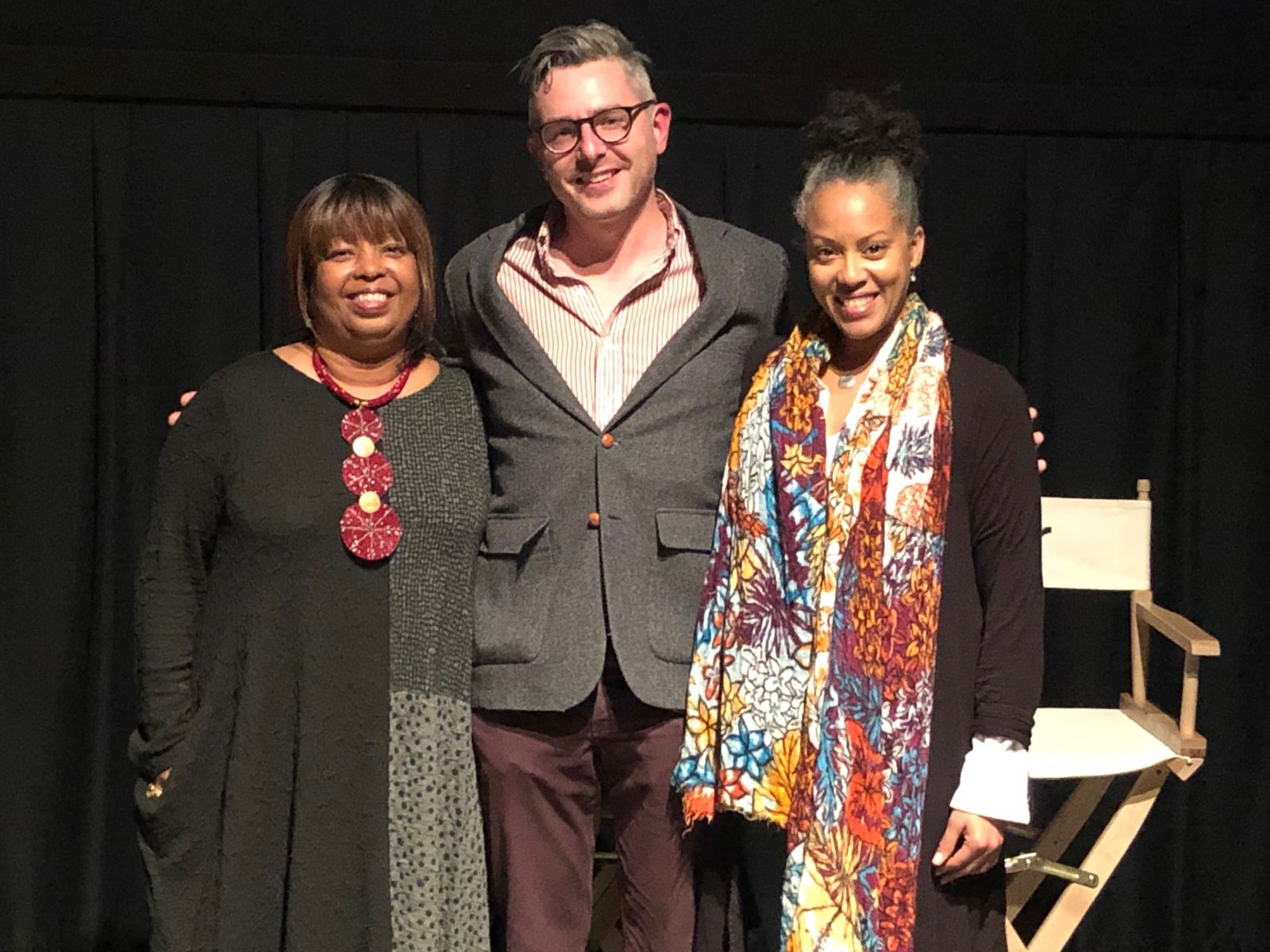 Figure 3:  The three panelists at the Orfeu Negro screening on February 28, 2019. From left to right: Daphne Holmes-Johnson, John Oksanis,  and Krisha Marcano (Image by Lauren Rogers and used by permission).

Through the media of dramatic role-playing, theater, opera, and film, each of these projects brought audiences of different ages and backgrounds into contact with Greek and Roman texts. They invited them to engage with ancient myths and use them to reflect on their own understanding of timeless human issues that can bring the members of our society closer together or further apart. Appealing to our visual, auditory, and haptic senses, these artistic lenses make the stories of the Greeks and Romans less distant and more relevant – and we are invited to engage with the stories’ different interpretations and be imaginative, while keeping in mind that stories can change depending on the perspective through which we approach them.

12/06/2021
Blog: Immersivity and (Other) “Fantasies of Antiquity”
The last decade or so has seen growing interest in “immersive” representations of antiquity: representations that...
12/03/2021
Blog: Ancient Worlds, Modern Communities: Interpreting the Ancient World through Music, Art, and Photography
The Ancient Worlds, Modern Communities initiative (AnWoMoCo), launched by the SCS in 2019 as the Classics...
11/29/2021
Blog: Whose Aeneid? Imperialism, Fascism, and the Politics of Reception
A few years ago, I read an essay by Elena Giusti in the now sadly defunct Eidolon. In this piece, Giusti considers...
11/22/2021
Blog: Dissertation Spotlight: Language and Difference in Herodotus
Classical Greeks often articulated a worldview that divided the world between Greeks and all other ethnic groups....
11/19/2021
Blog: Dissertation spotlight: The Price of Money: Aristophanes’ (Modern) Lessons from the Past
A conspicuous theme in Aristophanic comedy is the civic motivation of Athenian citizens, which is presented as...
END_OF_DOCUMENT_TOKEN_TO_BE_REPLACED