Blog: What Is "The West"? Addressing The Controversy Over HUM110 at Reed College 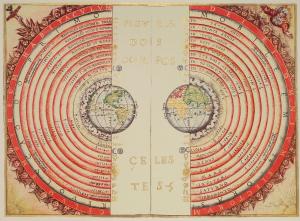 In April, Reed College decided to revamp their year-long core humanities course, Humanities 110. For over 70 years, freshmen that entered the small liberal arts college in Oregon have taken this required course, which is titled: ‘Introduction to the Humanities: Greece and the Ancient Mediterranean.’ As the Fall 2017 and Spring 2018 syllabuses for the course note, the core readings ranged from Homer to Apuleius, but focused heavily on elite male authors active in ancient Greece or writing within the Roman Empire within a course intended to introduce "the humanities" to all incoming first-years. After Reed students this year critiqued and protested the course for being too Eurocentric and white, the College decided to overhaul the course beginning in the Fall of 2018. By the second half of the course in Spring 2019, a Mexico City module and a Harlem Module will be added to the syllabus that will allow for more consideration of global humanities issues such as race, migration, and colonialism.

Not everyone has responded positively to Reed’s announcement regarding changes to the course. An April 20, 2018 editorial in the Wall Street Journal took a negative stance on the shift and accused student-led protesters—Reedies Against Racism—as being unruly. It noted that the original iteration of the course (per the syllabus' objectives) had focused on the themes of “truth, beauty, virtue, justice, happiness and freedom, as well as challenges posed by social inequality, war, power and prejudice." These were themes which, to the WSJ, altogether "transcend race, gender, and culture." In an interview with Reed Magazine, Dean of Faculty and Classics Professor Nigel Nicholson explained the changes thusly: “This new syllabus represents an enormous undertaking and commitment on the part of the Hum faculty and marks an important moment in the evolution of the class…I am excited to see the possibilities that will be opened up by the new areas and periods the class will be studying and by the dialogue that the class will foster between the Mediterranean and the Americas and between antiquity and the more recent past.”

Many current professors in classics and in biblical studies have pushed back against the WSJ’s rebuke of Reed College’s changes to HUM110. In comments made to the SCS Blog, Arum Park, Assistant Professor of Classics at the University of Arizona, weighed in: “The very idea of ‘Western Civilization’ itself--and the assumption that Reed's sole required Humanities course should privilege it--is deeply problematic. The concept of ‘Western Civilization’ is premised on a clear distinction between the ‘West’ and everyone else, a distinction that is clear to no one but those ideologues who insist upon it. If we accept the notion of ‘Western Civilization’ with a straight face, we must acknowledge that this puts us, not necessarily on the same footing as white nationalists claiming Greco-Roman antiquity as their past, but certainly on the same spectrum.” Park provides a salient reminder that Eurocentrism is a choice and that the construction of the “West” versus the “East” are based on a perspective that not everyone shares.

The assigned reading and lecture choices that we make when teaching introductory courses to undergraduates can shape their worldviews. They can also impose a falsely linear idea of cultural connection and progress that extends from the ancient Mediterranean to modern America––to the exclusion of other cultures. Dimitri Nakassis, a Professor of Classics at the University of Colorado-Boulder, weighed in on the modern creation of the canon that many at Reed and other colleges and universities in the U.S. have taught for years within Western Civilization courses: “We can't require students to read Greek and Latin texts on the premise that they are foundational to Western Civilization (or whatever our argument is) and then conveniently forget what that actually has meant in historical terms. Because the establishment of these texts as foundational has, in the past 200 years at least, been premised on a Eurocentric project.” Most Western Civilization courses in this country were in fact developed in the early 20th century as a means of connecting the United States to Europe. Most came into being between World War I and the 1960s; a pedagogical development investigated by historian Gilbert Allardyce in his article, “The Rise and Fall of the Western Civilization Course.”

In terms of the diversification of the syllabus to expand beyond just Greece and Rome, one benefit lies in the pedagogical notion that inclusivity can foster a sensitivity to various cultures—and respond to the voices of current students. Nyasha Junior, an Assistant Professor of Hebrew Bible at Temple University noted to the SCS Blog, “Following its review, the faculty has decided to expand the course to be more inclusive. Inclusion is not oppression, and student demands for greater inclusion are not bullying.” Professors at Reed were quick to listen to and then remold the course in order to respond to the needs and objections of their students, ultimately demonstrating that required courses are not static entities but rather organisms that can (and often should) be modified to respond to the world that we live in.

The issues surrounding HUM110 perhaps exemplify that what we choose to make the center of a humanities curriculum can indeed reflect back on the  ideas--but also the cultures--that the coursemakers view as valuable. As Park notes, one of the things that the Wall Street Journal and many other outlets have presumed during this debate is the very existence of “the West”: “They take ‘Western Civ' as a fact (rather than a construct) and the correct starting point for all educational endeavors. Further, their reasoning that ‘Reed’s curriculum has plenty of other courses that deal with 'the histories of people of color' dismisses those histories as having no place in a core curriculum and relegates them to elective (not indispensable) status. This effectively signals to students that people of color, too, belong at the margins and not at the core.” Expanding HUM110 to address and represent more cultures, languages, and experiences can only increase the humanity that freshmen at Reed College are introduced to next year. Expanding to achieve a more global and diverse perspective in no way decreases the value of Classics as a field.

Header Image: Figure of the heavenly bodies - Illuminated illustration of the Ptolemaic geocentric conception of the Universe by Portuguese cosmographer and cartographer Bartolomeu Velho (?-1568). From his work Cosmographia, made in France, 1568 (Bibilotèque nationale de France, Paris; Image via Wikimedia and is in the Public Domain).

04/13/2022
Blog: Two Years Later: “Classics” after Coronavirus?
In an April 2020 post for Eidolon, I gathered predictions on “classics after coronavirus.” Two years later, it’s...
04/08/2022
Blog: Ancient Worlds, Modern Communities: Increasing Accessibility for the Study of the Ancient World
The Ancient Worlds, Modern Communities initiative (AnWoMoCo), launched by the SCS in 2019 as the Classics...
03/21/2022
Blog: I Love You, I Hate You: A Student’s Perspective on Learning Latin
I have always enjoyed Latin class because it felt like a puzzle, much like math. Find the verb, find the noun that...
03/18/2022
Blog: Power to Punish and Authority to Forgive: Imperial State and Imprisonment in 4th-Century Antioch
Research ideas often develop out of chance encounters or unplanned circumstances. My dissertation project was born...
03/14/2022
Blog: Sampling Epic in Kendrick Lamar’s “Mortal Man”
Because it’s spirits, we ain’t even really rappin’ We just letting our dead homies tell stories for us....
END_OF_DOCUMENT_TOKEN_TO_BE_REPLACED