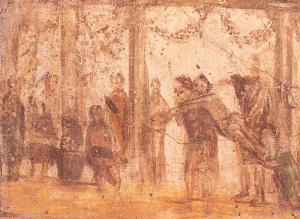 In the Roman Republic and Empire, it was paedagogi and grammarians who chose which ancient writers to include and which to omit in the limited time they had students within their classrooms. Later, it was Church Fathers like Athanasius and ecclesiastical councils of theologians such as those present at the Council of Rome in 382 CE who helped to determine the canonical books that would make up the New Testament. God may have inspired the Hebrew Bible and the New Testament, but man made it. As a result, most do not know the contents of the Gospel of Thomas or the Protoevangelium of James.

Into the Renaissance and Early Modern period, it was predominantly European men who chose and then reinforced the authors that made up the Classical canon. These choices continue to have an impact today, although there has been much digital and print work to try and expand the classical voices heard by our students. It is with that expansion––rather than a full dissolution––of the classical canon in mind that I have listed a few sourcebooks below. In an age of handbooks about handbooks and an overwhelming number of often expensive teaching tools, I have tried to curate a selection of sourebooks in translation that widen our view of the Greek and Roman Mediterranean. 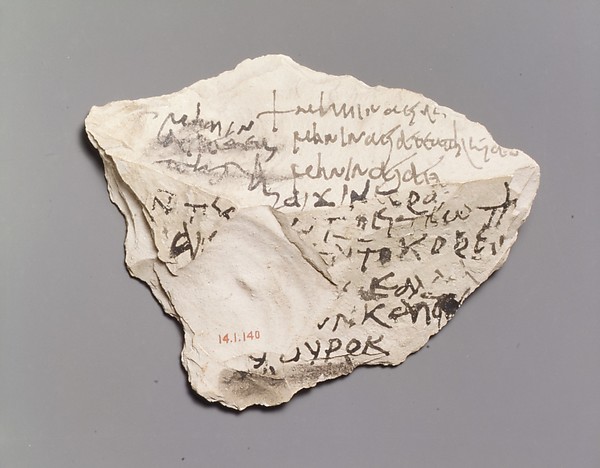 Figure 1: A late antique ostracon (ca. 580 CE) from Epiphanius with the first lines of Homer’s Iliad copied four times (Photo via the Metropolitan Museum of Art).

This week, a new iteration of Diotíma: Women and Gender in the Ancient World was launched by Serena Witzke and the Women’s Classical Caucus. On the site, they have a list of syllabi, translations, and teacher resources. Most students and casual readers of the Classics tend to be able to name only one female writer, Sappho, when quizzed on whether we have any female writers from antiquity. However, this need not be the case! I am a big fan of Sententiae Antiquae’s “List of Women Authors from the Ancient World” as a place to start for incorporating ancient female writers such as Sulpicia or even the fourth century Faltonia Betitia Proba. Of continued value is Fordham Internet History Sourcebook's Women’s History Section.

Marc Chavalas, Women in the ancient Near East : a sourcebook.

Judith Evans Grubbs, Women and the law in the Roman Empire : a sourcebook on marriage, divorce and widowhood.

Mary Lefkowitz and Maureen Fant, Women's life in Greece and Rome : a source book in translation (many of these readings are also available online at Diotima).

Jane M. Snyder, The woman and the lyre : women writers in classical Greece and Rome.

As I have written about before in terms of open-access epigraphy handbooks, the inclusion of epigraphic and papyrological readings in a syllabus is an effective way to include women, people of color, and non-elite voices in the Classics classroom—both in languages courses and those taught in translation. Here are just a few handbooks, sourcebooks, and anthologies I have found helpful for incorporating such evidence. In my Roman history courses, I continue to use Lewis & Reinhold’s two volumes on Roman Civilization in order to bring a mix of canonical and non-canonical sources for reconstructing the historical record.

Papyri.info has thousands of translations to the right of many of their papyri online. The content and images are open access and are a great way to teach students Latin and Greek writers outside the canon. There is also a list of translated select papyri at Attalus.org along with hundreds of other inscriptions and primary sources arranged by author and year. I’d also suggest incorporating the ancient graffiti from The Ancient Graffiti Project, which has new translations (along with maps and in situ pictures) of graffiti from Pompeii and Herculaneum. Finally, Philip Harland’s sources related to Greco-Roman associations is a great list of documents that provide insight into religion, commerce, and labor unions in antiquity.

Including LGTBQ Perspectives and Writings:

Marguerite Johnson and Terry Ryan, Sexuality in Greek and Roman society and literature : a sourcebook.

The classroom canons we present to our students during the short terms that we have their attention are often an intellectual sculpture; one composed of stones quarried from what we were taught and what we have now deemed important to know. We can’t introduce our students to every marble ever made, but we can present an admittedly synthetic but more inclusive structure to them of what classical antiquity really was through our syllabi. A syllabus has the power to communicate much to our students in terms of the ancient Mediterranean and the state of the field of Classics. In this post, I simply hoped to propose a few open access and alternative sourcebooks for augmenting the standard canon in Classics and enriching your syllabus in the Spring semester. By doing so, I realize I have myself created an anthology of anthologies that attest to my own biases or preferences, but I am happy to add any you think are worthy of this “curious chronicle.” 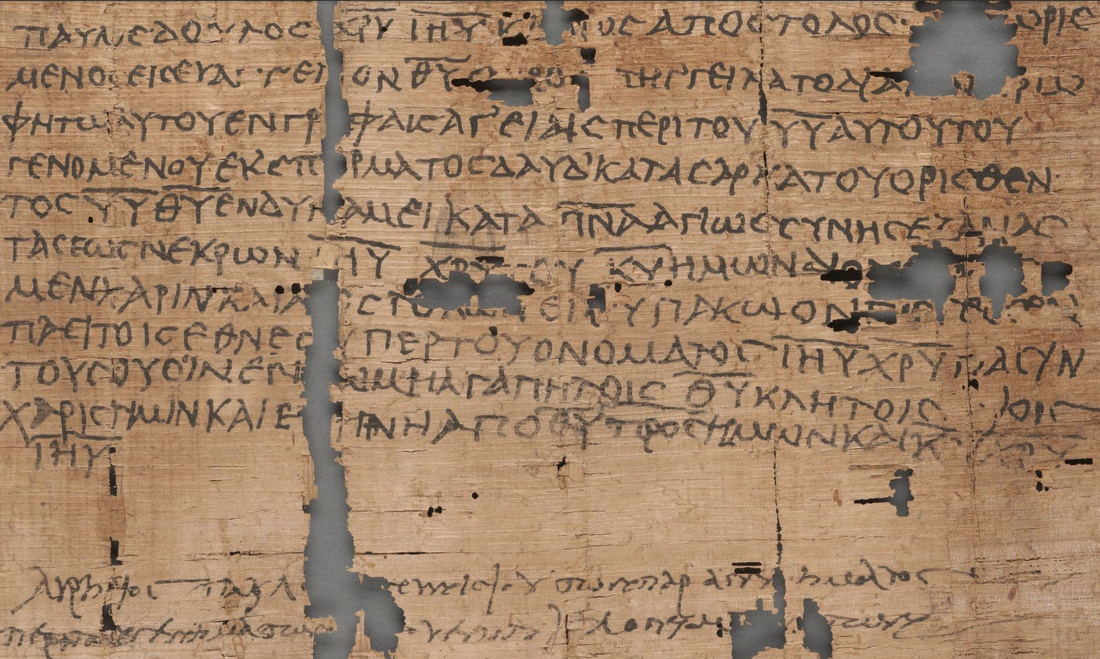 Figure 2: P. Oxy. II. 209 is an early 4th c. CE papyrus from Bahnasa that transmits Rom 1:1-7. (Image via Wikimedia, but the papyrus is at the Houghton Library, Harvard University.)

Header Image: Fresco of the punishment of a schoolboy, from the Villa of Julia Felix, now in the Naples Archaeological Museum. (Image via Wikispaces).

09/20/2021
Blog: The Two Cultures: Classics and Science in a Time of Pestilence
One of the things that makes Classics exciting is its openness to new ideas and innovative approaches to the study...
09/16/2021
Blog: Ancient Worlds, Modern Communities: Reimagining Greek and Roman literature for our Present Times
The Ancient Worlds, Modern Communities initiative (AnWoMoCo), launched by the SCS in 2019 as the Classics...
09/13/2021
Blog: Auia Loca. An Interview with the Steering Committee of Hesperides
Welcome to Auia loca: New Paths in Classics, a new series launched by the SCS Communications Committee! Taking...
09/10/2021
Blog: A Black Odyssey: Coming from Slaves and Studying Slavery
Content advisory: this post includes an anti-Black epithet in the recounting of a personal experience. I have...
09/07/2021
Blog: Latin Novellas and the New Pedagogy
The sudden rise of Latin novellas might come as a surprise to anyone outside of high-school classrooms. This genre...
END_OF_DOCUMENT_TOKEN_TO_BE_REPLACED

Calls for Papers
CFP: Fear of Space in the Ancient World

END_OF_DOCUMENT_TOKEN_TO_BE_REPLACED
Conferences, Lectures, and Meetings
Conference: Reimagining Power from Antiquity to the Present

“What Has Antiquity Ever Done for Us?” The Vitality of Ancient Recept