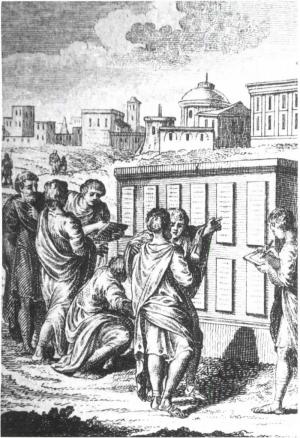 Second, we have modified the SCS position on political content. Previously, our stance was that “[w]hile posts on the historical context of a current political subject are encouraged, we will normally not consider posts which take a stance on the issue itself.”  This has become untenable in the wake of the tumult of the last several years. Moreover, it denies the fact that our discipline is inherently political and has been since its foundation. An “apolitical” stance is itself political.

Therefore, we now encourage posts that put their finger on the pulse of the field and its place in the world:

The SCS is a nonprofit organization that does not expend a significant amount of effort on political lobbying and does not endorse candidates or political parties. Posts on the SCS Blog must not endorse candidates and generally should not include direct calls for lobbying action. Posts on the intersections of the ancient world, modern scholarly inquiry, and current political subjects are welcome and encouraged.

If you’ve got something to say, we’d like to hear it! Send your ideas to the SCS Blog’s Editor-in-Chief, T. H. M. Gellar-Goad.

01/24/2022
Blog: RU an Antígone?
RU an Antígone?, a play based on Sara Uribe’s Antígona González, was performed by Rockford University students on...
01/21/2022
Blog: News from Vermont: The Ambrose Graduate Fellowship in Classical Languages
Happy news and an update on affairs at UVM. A generous gift from Emeritus Professor Z. Philip Ambrose will let...
01/18/2022
Blog: Asterion: Making Neurodiversity Visible in Classics
As an autistic classicist, one of the things I’ve always struggled with is social interaction. In class, I teach...
01/09/2022
Blog: Inclusive and Culturally Responsive Teaching in Classics
Like many educators, I have found myself in an endless loop lately of thinking and rethinking my teaching...
01/07/2022
Blog: A Digital Ethnography of a Conference in a Crisis
To write about the Capitol Insurrection, as the one-year anniversary approached, I went back through my chat logs...
END_OF_DOCUMENT_TOKEN_TO_BE_REPLACED