This is certainly an interesting way of thinking about what universities do, but it stops short of addressing the initial question, “What is a university for?”  In a more Socratic vein, we need to go deeper and to ask what the purpose of a university is, what its goals ought to be, in order to answer that question.  One can imagine Socrates interrogating David Brooks along these lines, trying to get him to isolate what the real thing is that universities ought to be aiming at, what their goal, their telos, is.  Brooks would begin by offering his two kinds of knowledge as the answer, and Socrates would pick away at them for a while in his usual way, showing that they are surface features of what happens in universities, rather than the actual thing that universities are for.  By the end of their conversation, we would reach the familiar impasse—Socrates: “So then, we still do not know what the telos of the university really is”; Brooks: “It appears so, Socrates.”  Rather than enact that hypothetical dialog, however, let me refer you to a genuinely Socratic approach to the problem, as given by Richard Gombrich, in a lecture which to my mind offers the best one-word answer to this hard question.

In 2000, towards the end of his tenure as the Boden Professor of Sanskrit at Oxford University (1976—2004), Gombrich gave a lecture at Tokyo University entitled "British Higher Education Policy in the last Twenty Years: The Murder of a Profession" (http://indology.info/papers/gombrich/).  In the course of his argument he speaks of how “institutions work best if they have clear goals and are designed to achieve those goals”.  Socrates would put it a bit differently, asking, for example, “What is the goal of the art of medicine?  It is to cure the sick, is it not?  And of navigation?  To guide a ship safely?”  But this is in effect what Gombrich is saying of the institutions which embody the various “arts”, with his declaration that “hospitals are for care of the sick, orchestras for playing music, and they should be used for those goals”.  Analogously, then, says Gombrich, “universities are for truth”.  And he expands his definition of this goal: “to promote its pursuit (curiosity) and encourage its use under all circumstances”.

This will sound wildly utopian to many, and you don’t have to be a paid-up poststructuralist to acknowledge that there are different ways of defining truth.  But in history and in the contemporary world there are many examples to hand of what happens when a society has no sector dedicated to Gombrich’s kind of truth—to free and disinterested enquiry, and to communicating the fruits of that enquiry.  It is not a human activity we should take for granted, and it is always and everywhere under threat.  Modern universities are under all kinds of pressures to put other goals first, but it is not only faculty and students who are at risk if members of the universities abandon this species of curiosity and if we stop insisting that in our domain the criteria of truth trump other criteria.

Certainly, the acquisition of technical and practical knowledge is compatible with Gombrich’s definition of what the telos of the university really is: in fact, the better universities are at keeping their eye on their real goal, the better they will succeed at making the acquisition of such knowledge possible.  But they need to keep their eye on that goal, on that Socratic telos, if they are to do anything worthwhile. 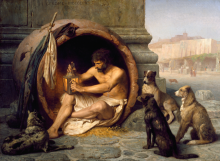 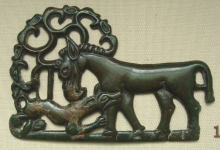 University of Florida: Call for Papers for our 6th Annual Graduate Student Symposium

Movement and Mobility in Ancient Spheres
Mobility and movement, which lie at the core of the human experience in both ancient and modern societies, hold a critical place in the study of the ancient Greco-Roman world. From Herodotus’ wanderings around the Persian Empire to Pausanias’ Periegesis and Lucian’s fantastic travels, Greco- Roman literature captures the intertemporal need and desire of individuals and groups of people to move and travel from one place to another. We can wonder, for instance, at Odysseus’s journey across the Mediterranean, Aeneas’ Underworld katabasis, or Trimalchio’s social advancement while recognizing the multiple considerations of movement in these narratives and at the same time reflect on what sort of mobility allows for these stories to be transmitted to us over millennia.

The Ancient Worlds, Modern Communities initiative (AnWoMoCo), launched by the SCS in 2019 as the Classics Everywhere initiative, supports projects that seek to engage broader publics — individuals, groups, and communities — in critical discussion of and creative expression related to the ancient Mediterranean, the global reception of Greek and Roman culture, and the history of teaching and scholarship in the field of classical studies. As part of this initiative, the SCS has funded 132 projects, ranging from school programming to reading groups, prison programs, public talks, digital projects, and collaborations with artists in theater, opera, music, dance, and the visual arts. To date, it has funded projects in 28 states and 11 countries, including Canada, the UK, Italy, Greece, Spain, Belgium, Ghana, Puerto Rico, Argentina, and India.

With weary hearts, we consider with you what Classics can do in the face of Dobbs v. Jackson Women’s Health Organization, the Supreme Court decision overruling Roe v. Wade (1973) and Planned Parenthood of Pennsylvania v. Casey (1992). We bring you what we can from our own experience: Amy Richlin spent the 1990s teaching half in Gender Studies in the aftermath of the Reagan-Bush administration, when Planned Parenthood v. Casey was heard, and also taught Roman women’s history and sometimes Roman law during her years at USC and UCLA. Bruce Frier has been on the Faculty of the Michigan Law School since 1986 and has participated in numerous discussions and debates concerning Constitutional interpretation; he also chaired a Provostal Committee to improve the campus climate for LGBTQ+ faculty, students, and staff.

This two-part series reflects upon AAPI experiences in Classical Studies. Part 1 is catalyzed by the author’s personal experience teaching race & ethnicity in antiquity in the context of the ongoing surge of anti-Asian violence in the country. Part 2 will reflect upon the shared experiences of students and scholars of Asian descent in Classical Studies through a series of interviews.

“Do you know about your Penn Law School colleague Amy Wax?,” a friend texted me in January, as the semester was starting.

“Blocked it out,” I thumbed back. I had, in fact, dimly seen the news, but the idea that a professor at the same university where I was excited to be newly teaching might be publicly rejecting the civic fitness of Asian Americans like me had, frankly, been too much to contemplate. “Good mental health strategy,” my friend responded dryly.