Blog: An Interview with Suzanne Lye, Recipient of the WCC 2020–2021 Leadership Award

In Part 2 of our guest series for the SCS Blog, the Women’s Classical Caucus (WCC) invites you to celebrate the winner of its 2020–2021 Leadership Award: Suzanne Lye, Assistant Professor of Classics at the University of North Carolina at Chapel Hill. The award recognizes Dr. Lye’s extraordinary leadership and initiative in establishing, administering, and fundraising for the SCS-WCC Covid-19 Relief Fund. Since April 2020, this emergency microgrant fund has distributed no-strings-attached awards of up to $500 to North American classicists in need.

If there’s one thing in this divided America that we can all agree on, it’s that former president Donald J. Trump’s impeachment lawyer Bruce Castor was pretty crappy.

In Memoriam: Philip A. Stadter

The Classics Department at UNC-Chapel Hill is sad to announce that Philip A. Stadter died last week at the age of 84 in North Carolina. In over forty years of teaching at UNC, and in almost twenty years of a very active retirement, Philip wrote influential books and articles about Plutarch, Arrian, Thucydides and other authors, and his friendships and mentoring and collaborations extended around the world. There is an obituary online, with information about a service Tuesday 2/16 at 2:30 Eastern time that will have an online component, at https://www.legacy.com/obituaries/newsobserver/obituary.aspx?n=philip-stadter&pid=197767979.

A longer statement from the Department about his life and work is forthcoming.

Blog: An interview with the AAACC, Recipient of the WCC 2020-2021 Professional Equity Award

The Women’s Classical Caucus (WCC) invites you to celebrate the winners of its 2020–2021 Public Scholarship and Advocacy awards and to learn more about how their work is influencing our field. Over the next month, the SCS Blog will publish a three-part series of in-depth interviews by the WCC with the award winners, who discuss their work in strengthening communities within the field and introducing new audiences to Classics.

CFP: Interplay of Spectacle in the Roman Arena (Undergrad Conference)

The Interplay of Spectacle in the Roman Arena

The Conference will be held virtually on April 17th, 2021.

The Cathartic History Conference is a digital conference, free and open to the public, that aims to propose Aristotelian catharsis as a new lens for historical inquiry. The conference will take place over two days: Friday, February 26th, and Saturday, February 27th. We also invite everyone to join us on Friday, February 19th at 7:00 pm ET for a public lecture by Dr. John Garner on Aristotle's Poetics.

You can learn more at the conference's website here.

The Department of the Classics at Harvard announces the following opportunities and initiatives designed to advance our community’s goals of diversity and inclusion. Prospective applicants and colleagues with questions about these programs are welcome to contact the Department Administrator Teresa Wu (ttwu@fas.harvard.edu).

The Department of Classical Philology and Neo-Latin Studies, Faculty of Humanities and Social Sciences, University of Szeged, Hungary is pleased to announce its International Conference Sapiens Ubique Civis VIII – Szeged 2021, for PhD Students, Young Scholars, as well as M.A. students aspiring to apply to a PhD program. 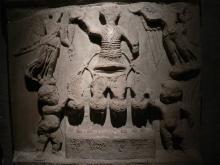