In the News: Latin's Riches
In the News: The classical world just refuses to stay dead
Book Review: Stephen Mitchell's Translation of the Iliad
END_OF_DOCUMENT_TOKEN_TO_BE_REPLACED

"Vergilian Society scholarships are available for people who teach some form of classical languages or civilization at the elementary or secondary level as well as those who teach at the college level in an instructor or adjunct position. VS scholarships may provide full or partial tuition support. Applications from those at the adjunct level are particularly encouraged.”

This online course shows how the Latin language and genres of writing such as legends, biographies, letters, and poetry developed during the period 500-1500 CE, following the fall of Rome in 476 CE.  Thus it provides continuity from the study of ancient Roman culture, prose, and poetry, which spread throughout the empire, was preserved in manuscripts and printed books, and developed in new forms.  The course includes reading and translation, an introduction to paleography or handwriting styles in manuscripts, and lesson plans for teaching.  It is designed especially for students planning to teach or teachers seeking certification credits in Latin.

1) Gain understanding of the differences between Classical and Medieval Latin;
2) Expand knowledge of genres of writing and their cultures in the Middle Ages;
3) Practice reading a variety of styles of Medieval Latin;
4) Explore the development of handwriting from Roman capitals to later hands, from inscriptions to manuscripts;
5) Develop lessons for teaching in a high school classroom.

Prerequisites:  Latin 201 (Intermediate I) or equivalent.

The Council for European Studies is still accepting applications for the “Mellon-CES Dissertation Completion Fellowship” and the “Pre-Dissertation Research Fellowship.”

The Mellon-CES Dissertation Completion Fellowship is funded by the Andrew W. Mellon Foundation and includes a $25,000 stipend, as well as assistance in securing reimbursements or waivers in eligible health insurance and candidacy fees. Mellon-CES Dissertation Completion Fellowships are intended to facilitate the timely completion of the doctoral degree by late-stage graduate students focusing on topics in European Studies in the humanities.

Applications are due (along with all supporting materials) on or before January 26, 2015.

The Pre-Dissertation Research Fellowship includes a $4,000 stipend, the opportunity to publish in Perspectives on Europe, a semi-annual journal of the Council for European Studies, and other professional development activities. CES Pre-Dissertation Fellowships fund two months’ travel to Europe to conduct the exploratory phase of a projected dissertation project in the social sciences or humanities which will require a subsequent stay in Europe.

Monuments of Rome in English Culture

This NEH Summer Institute for School Teachers, is sponsored by the National Endowment for the Humanities and offered by The University of Texas at El Paso with the cooperation of Dr. Jessica Sheetz-Nguyen of the University of Central Oklahoma, Edmond, OK. This is a four-week experience for twenty-five NEH Summer Scholars in K-12 education, who are interested in making connections between their disciplines and the humanities, classics, history, and social sciences. It will take place in Rome, Italy, from July 6 to August 3, 2015. During the Institute we will study the city as we read in translation the works of Cicero and various English writers to experience how Rome served as a world intellectual center that contributed to the emerging national and global identity of the English people.

Applications will only be accepted electronically. Use the Submit Application link, and read more about the Institute here.

The Department of Classical Studies at the College of William and Mary is currently accepting applications for students interested in pursuing a Post-Baccalaureate Certificate in Classical Studies.  This is a flexible program of study for students who have an undergraduate degree and who wish to pursue an intensive course of study in the Classical languages in preparation for graduate studies, teaching, or personal enrichment. The program features:

For additional information, please visit our website at: http://www.wm.edu/as/classicalstudies/post-bac-program; or contact Lily Panoussi, Director, Post-Baccalaureate Program at vxpano@wm.edu or at 757-221-2993.

The National Endowment for the Humanities (NEH) has announced a new grant opportunity, the Public Scholar Program, intended to support well-researched books in the humanities that have been conceived and written to reach a broad readership. Books supported through the Public Scholar Program might present a narrative history, tell the stories of important individuals, analyze significant texts, provide a synthesis of ideas, revive interest in a neglected subject, or examine the latest thinking on a topic. Most importantly, they should present significant humanities topics in a way that is accessible to general readers.

The Public Scholar Program is open to both independent scholars and individuals affiliated with scholarly institutions. It offers a stipend of $4,200 per month for a period of six to twelve months. The maximum stipend is $50,400 for a twelve-month period. Applicants must have previously published a book or monograph with a university or commercial press, or articles and essays that reach a wide readership.

Application guidelines and a list of F.A.Q.’s for the Public Scholar Program are available on the NEH’s website at http://www.neh.gov/grants/research/public-scholar-program.  The application deadline for the first cycle is March 3, 2015. Recipients may begin the term of the grant as early as October 1, 2015 or as late as September 1, 2016.

The SCS and the AIA are pleased to announce that the 2016 Joint Annual Meeting will take place at the San Francisco Hilton Hotel, the site of our last joint meeting in the city in 2004. The meeting will be from January 6 through 9, a Wednesday through Saturday. The date change was the result of a hotel re-booking situation, and we regret any inconvenience this change may cause. We look forward to seeing you in San Francisco next year!

Letter from the President: Expanding the Audience for Classics

In this last of my presidential letters, I take the opportunity to inform you of a new SCS initiative to establish a wider audience for classics.  At last year’s Presidential Panel, Robert Connor made an impassioned plea for our Society to undertake the expansion of classics in institutions of higher learning.  While Departments of Classics appear to be holding their own across the country, it is evident that the emphasis on STEM disciplines and support for interdisciplinary education at the expense of traditional departments provide challenges to classics education as we know it.  The changing landscape of twenty-first century education can, however, also provide opportunities for broadening education in classics, if we think creatively.

Our organization has long responded to threats to Departments of Classics or to policies challenging the intellectual integrity of our discipline.  As we take on an expanded role to serve as a public voice for classics, it is our responsibility to become more proactive in our approach to preserving the teaching of classical subjects.  In order to do that, I have formed the Expanding College Classics Opportunities (ECCO) Committee to explore methods of supporting and, especially, extending the study of classics in institutions of higher learning. Georgia Nugent, Emerita President of Kenyon College, has agreed to chair this committee, which will have its inaugural meeting in New Orleans. 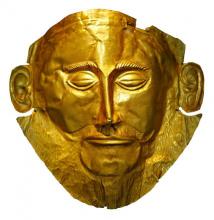 "For centuries, the study of Greek literature has been seen as the province of career academics. But Nicolson’s amateurism (in the best, etymological, sense of the word: from the Latin amare, 'to love') and globe-trotting passion for his subject is contagious, intimating that it is impossible to comprehend Homer’s poems from an armchair or behind a desk. If you’ve never read the 'Iliad' or the 'Odyssey,' or your copies have been collecting dust since college, Nicolson’s book is likely to inspire you to visit or revisit their pages."

New Orleans Schedule at a Glance

Click here to see the SCS Schedule at a Glance for the meeting in New Orleans.