In the News: Latin's Riches
In the News: The classical world just refuses to stay dead
Book Review: Stephen Mitchell's Translation of the Iliad
END_OF_DOCUMENT_TOKEN_TO_BE_REPLACED

The automated system for the 2014-2015 SCS Placement Service is now open and accepting registrations by candidates, subscribers, and institutions.  As was the case last year, registrants will need to create an account and then purchase the service(s) they wish.  Registrants who used the Service last year may (but are not required to) adopt the same username and password as before; however, they will still need to create a new account.

Please read these detailed instructions for registering for the service and taking advantage of its features.

Publication of Listings.  Positions for Classicists and Archaeologists will be published around the 15th of each month as before.  Publication will consist of sending a digest of all positions listed during the previous 30 days to registered candidates, subscribers, and institutions that purchased comprehensive service.  In addition, a few days later, the job listings will become available for anyone to see. Note:  Because of the delayed opening of the Service this month, the July 2014 issue of Positions will be published around July 25.  Regular publication around the 15th of the month will begin with the August issue.

The Society for Classical Studies invites its members to volunteer to serve on committees or to stand for election for one of the offices that will appear on the ballot next summer, i.e., in 2015.  Visit this page of the web site to obtain more information about the offices and committees for which volunteers are invited.  July 31, 2014 is the deadline to submit the form for volunteers, a one-page letter describing your qualifications, and a C.V.  In completing the form, please be sure to rank order no more than three positions in which you are interested.  If you volunteer for elected office (Section I of the form.), we will forward your information to the Nominating Committee for consideration during its meetings this coming fall.  If you volunteer for committees filled by appointment, we will provide your materials to the President and to the appropriate vice president or committee chair who will invite members to fill vacancies by the end of 2014.

The American Academy of Arts & Sciences has issued a press release describing a variety of data tools that it is now making widely available as part of its Humanities Indicators Project.  Information available now includes data on funding, employment of humanities graduates, and enrollment of high school students in humanities subjects.  SCS is a participant in the second departmental survey being conducted by the Indicators Project.  This survey is gathering information about enrollment and employment in several fields in the humanities, and the Academy expects to issue a report on the survey's findings in September.

Socrates: A Conference in Honor of Nicholas D. Smith

The conference will take place from October 17-19 at Lewis & Clark College.  This conference is free and open to the public, although advance registration is requested.  Program details and registration information appear on the Conference's web site.

William S. Scarborough was born a slave in Georgia, but went on to become one of the nation’s leading scholars in Greek and Latin literature.

In fact, many consider Scarborough to be the first African-American classical scholar. Born in February 16, 1852, in Macon, Georgia, Scarborough’s father was a freed slave but his mother was still enslaved, thus he inherited her status. Although educating slaves was against the law, Scarborough was secretly taught how to read and write in the classical languages.

He later went on to serve as an apprentice shoemaker, and then worked as a secretary at a well-known Black association because of his studies. Scarborough attended college at Atlanta University before heading to Oberlin where he graduated with honors in 1875.

Read more, or listen to the audio file at http://blackamericaweb.com/2014/07/01/little-known-black-history-fact-william-s-scarborough/ 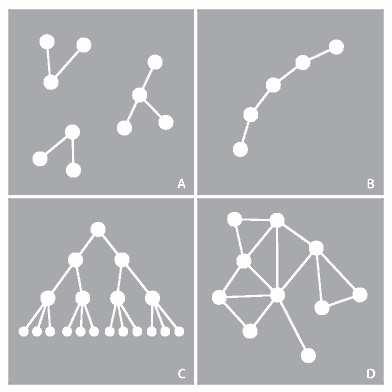 The American Academy in Berlin invites applications for its residential fellowships for 2015/2016, as well as early applications for the academic years 2016/2017 and 2017/2018. The deadline is Monday, September 29, 2014 (12 pm EST or 6 pm CET). Applications may be submitted online or mailed to the Berlin office.
The Academy welcomes applications from emerging and established scholars and from writers and professionals who wish to engage in independent study in Berlin. Approximately 25 Berlin Prizes are conferred annually. Past recipients have included historians, economists, poets and novelists, journalists, legal scholars, anthropologists, musicologists, and public policy experts, among others. The Academy does not award fellowships in the natural sciences.

The Department of Classical Studies at Duke University regrets to announce the sudden passing of its esteemed and beloved friend and colleague, Diskin Clay.  An obituary is posted here.

Call for Participants for CAMP Performance 2015

The SCS Committee on Ancient and Modern Performance (CAMP) seeks participants for its performance at the SCS/AIA Annual Meeting in New Orleans (January 8-11, 2015).  This year’s play is Wealth, an adaptation of Aristophanes’ Plutus, written by Karen Rosenbecker, and directed by Artemis Preeshl. With one foot in ancient Athens and the other in modern New Orleans, Wealth takes on the timeless topic of income inequality and shows us what happens when the poor are given a chance to remake their world. Here is a brief overview of the roles.

We will need actors, stage crew, and helpers for this limited-rehearsal, staged reading. In the spirit of laissez le bon temps rouler, we welcome veterans and newcomers alike, and we embrace cross-gender casting. Rehearsals will begin on Tuesday afternoon (01/06), with subsequent rehearsals on Wednesday afternoon and evening (01/07), on Thursday afternoon (01/08), and one Friday rehearsal (01/09), as schedules permit; the performance will take place on Friday evening (01/09; 7 pm curtain).  Send an e-mail describing your interests and talents to karenrosenbecker@gmail.com and aspreesh@loyno.edu, by September 1, 2014.