The Career Enhancement Fellowship Program seeks to increase the presence of minority junior faculty members and other faculty members committed to eradicating racial disparities in core fields in the arts and humanities. The Fellowship, funded by the Andrew W. Mellon Foundation, supports the Mellon Foundation's mission to strengthen, promote, and, where necessary, defend the contributions of the humanities and the arts to human flourishing and to the well-being of diverse and democratic societies.

The Fellowship, funded by the Andrew W. Mellon Foundation, provides each Fellow with a six-month or one-year sabbatical grant; a research, travel, or publication stipend; and participation in an annual conference/retreat. A total of 30 Fellowships are awarded each year.

APPLICANTS MUST MEET THE FOLLOWING CRITERIA:

While all faculty members who meet these criteria may apply, strong preference is given to those who have been Mellon Mays Undergraduate Fellows.

For more information about the program and application materials, contact:

The SCS Committee on the Awards for Excellence in the Teaching of Classics at the College Level has revised the guidelines for award nomination. One to three awards for excellence in the teaching of Classics will be given to college and university teachers from the United States and Canada. Thanks to a very generous gift to the Society’s Gatekeeper to Gateway Campaign for the Future of Classics from Daniel and Joanna Rose each winner will receive a certificate of award and a cash prize of $500. In addition, each winner’s institution will receive $200 to purchase educational resources selected by the winner. The awards will be presented at the Plenary Session of the Annual Meeting in Washington, D.C., in January 2020.

For more information about the award, you can visit the page here: https://classicalstudies.org/awards-and-fellowships/awards-excellence-teaching-classics-college-level-0 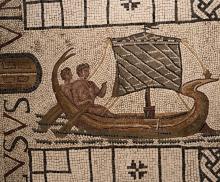 Blog: Addressing the Divide Between Art History and Classics

'Addressing the Divide' is a new series of columns that looks at the ways in which the modern field of Classics was constructed and then explores ways to identify, modify, or simply abolish the lines between fields in order to embrace broader ideas of what Classics was, is, and could be. This month, Kathryn Topper addresses the divisions between Art History and Classics.

For specialists in Greek and Roman art, professional life is an endless navigation of disciplinary divides. Often it seems like we belong to a disciplinary no man’s land – too archaeological for other art historians, too art historical for field archaeologists, and too visual for text-oriented Classicists whose training has predisposed them to doubt the intellectual seriousness of scholars who study something as seemingly straightforward as pictures.

The uneasy position of ancient art historians relative to the allied disciplines arises from historical factors, but it’s also a consequence of the nature of our material. When you work in a field in which reconstruction and interpretation almost invariably go hand in hand, you tend to need all the tools in your own toolbox, and in the neighbors’ toolboxes, too. As a result, historians of ancient art spend a lot of time working in disciplines dominated by colleagues whose priorities and training are very different from our own.

Purpose and Structure - Over 500 scholars globally will gather to present papers and engage in progressive discussion on the Linguistic Anthropology, Language and Society, and related fields, of The Mediterranean and Europe. The COMELA is fully Non-Profit, where all publishing with the JOMELA (its scholarly journal) is free, as the COMELA refuses to implement a pay to publish system. The COMELA sources funding/grants to assist people in impeded economic positions, who require funding to access the COMELA Conference, and display strong ability in their work. COMELA proceedings will be indexed with SCOPUS and will contribute to ranked and cited publications for all those accepted to present, as well as publishing papers in Top Tier Journal Publication Special Issues.

Call for Participants: CAMP's "The Gladiator" at the 2020 Annual Meeting

Calling all Actors, Designers, and Creatives—to participate in a staged reading of

The Gladiator
by Robert Montgomery Bird

The Committee on Ancient and Modern Performance's annual tradition of staged readings at the annual general meeting will continue this year with a production of an engaging example of Classical reception, Robert Montgomery Bird's 1831 retelling of the Spartacus story, The Gladiator! 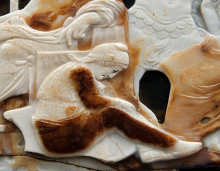 Papers on any aspect of Greek, Roman, or Mediterranean antiquity in contemporary or popular culture are eligible for consideration.

Classical Representations welcomes submissions on a broader range of topics including:

Classicists at all levels have knowledge, experience, skills, and contacts that can usefully contribute to civic activism outside of academia proper.  The Classics & Social Justice Affiliated Group has organized a workshop on the subject of Classics and Civic Activism for the upcoming AIA/SCS meeting. We invite proposals for a lightning round on outward-facing activism in which presenters will spend 3 minutes sharing their own experiences and making recommendations. These presentations will become integral to discussions among participants during the following breakout sessions.

The lightning round is the second of three parts of the workshop:

1) Three featured presenters from Indivisible, the National Humanities Alliance, and the American Federation of Teachers will offer guidance in community organizing, engaging with representatives, and other advocacy work, specifically focusing on how academics and educators can combine their skills and expertise with activism.

Blog: Anti-Catholicism, Classical Curriculum, and the Beginnings of Latin Drama in the United States

The United States was more than a century old before it saw its first play staged in Latin. What follows is a story about its producers’ struggle for recognition and the external factors that doomed it to obscurity. Beyond a footnote in theatrical history, the 1877 production of a Jesuit Latin play at Boston College offers a glimpse into the fraught politics of education in the United States in the late 19th century, the origins of the modern college elective, and a form of Classical curriculum that might have been—if an ugly fight in Boston had turned out differently.

In April of 1894, Harvard’s production of its first Latin play had set Boston buzzing. The event  even rated a couple columns in the New York Times, which remarked:

Latin plays have been given in this country and in England, but never with the careful study of detail bestowed upon the Phormio of Terence, to be produced by Harvard students in Sanders Theatre this week… Educators from all parts of the country are expected to witness the production.