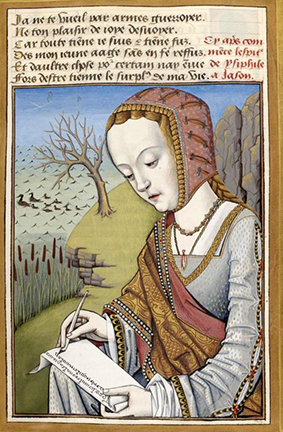 DEADLINE FOR THE SUBMISSION OF ABSTRACTS: April 30, 2016

One may be surprised to learn that this is not the first time that an anniversary of a Latin poet is commemorated in China. 1930, the Bimillennium of Vergil’s birth, represented a watershed in the reception of Vergil and Roman literature in China. Aeneid Book I and Eclogues IV and VIII were translated into Chinese for the first time. The translator praised Vergil’s “modern” spirit: his critical attitude toward Empire, his questioning of the cost of civilization, his doubts of the value of progress, and his portrayal of the loneliness of his main characters. In 1932, well-known poet Dai Wangshu translated Ovid’s Ars Amatoria into vernacular Chinese prose based on Ovide: L'Art d'Aimer in the Collection Budé. These translations were both products of and participants in the Chinese exploration of modernity and a “New Culture,” a process that involved a full scale reexamination of a wide range of issues, from the status of the Confucian canon, relationships with authority, modes of heroism, gender roles and sexuality, to ways of expressing desire and emotion. It was only after a long hiatus that complete translations of Ovid’s Metamorphoses and Vergil’s Aeneid appeared in 1984 and 1987 respectively, both created by Yang Zhouhan (1915–1989), working from the original Latin and various English translations. Today there is a remarkable surge in interest in both Chinese and Western classics in China. Latin literature is gaining momentum at a speed faster than one could have imagined a generation ago. In 2015 the Chinese National Social Science Foundation announced “Translating the Complete Corpus of Ovid’s poetry into Chinese with Commentaries” (PI: Jinyu Liu) as one of the major projects to fund in the next five years. With this initiative, Ovid’s Fasti and exile poetry will be translated into Chinese for the first time, his other poems will be retranslated, and comprehensive commentaries will accompany the translations of all of Ovid’s poems for the first time. Consilium resque locusque dabunt (Tristia I.1.92) This conference serves as an opportunity not only to pay tribute to Ovid, but also to promote cross-cultural conversations about the globalization of the Greco-Roman Classics. The conference invites papers that represent the most recent developments in the Ovidian scholarship—philological, textual, critical, literary, and historical—as well as contributions that explore perspectives from comparativism, translingualism, and postclassicism to address larger issues of translating and interpreting the Classics in a globalizing world. These two strands of themes should not be perceived as being either isolated from or in competition against each other, especially if scholars and translators of Ovid are understood as participants in assigning meanings to his work. The conference intends to bring together scholars and translators to explore the dynamic processes of selection, tension, and negotiation that have been integral to the making and interpreting of Classical canon, including Ovid. How has Ovid been taught, disseminated, transmitted, and evaluated in Roman antiquity and in other cultures? If the viability of the Greco-Roman Classics in the postclassical eras, and in the non-Western contexts hinges on the willingness of the host cultures to assign new meanings to them, what may motivate that “willingness,” and through whose agency? What are those new meanings? Where and how are they being worked out and developed? What translation strategies have been applied to Ovid’s poetry in different locales and languages, and for what audiences? What are the challenges of translating Ovid in cultures with their own vibrant but different poetic traditions, and literary culture concerning themes of love, abandonment, transformation, and exile? How and where are Classics changed by their interaction with different host cultures?

Topics and abstract submissions: The conference will include plenary addresses, individual paper presentations, as well as roundtables organized by project team members and the board of referees (see below). In accordance with the dual function of the conference both to highlight current scholarship and trends in thinking on Ovid and to consider modes of cross-cultural reception, comparison, and translation, we provide the following list to illustrate the range of questions and topics in which the conference is interested. It is by no means an exclusive or restrictive list:

We welcome submissions from advanced doctoral students and scholars of all seniorities. Please send brief vitae and proposals (300 words excluding bibliography) for 25-minute papers by April 30, 2016 to Jinyu Liu, HH 117, Department of Classical Studies, DePauw University, Greencastle, IN 46135, USA, or email: both OvidShanghai2017@hotmail.com and jliu@depauw.edu. Abstract submissions will be evaluated by a board of seven referees, whose names are listed below, and the results will be announced by June 1, 2016:

Selected contributions will be translated into Chinese, and published in either a collected volume or in Chinese academic journals. The authors will retain copyright to the non-Chinese versions of their articles. The possibility of publishing the conference proceedings in English with a European or American publisher will also be explored.

*Please send all inquiries to Professor Jinyu Liu at jliu@depauw.edu. Join us as we make history! 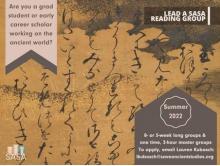