The dynamic relationship between centers and peripheries, intertwined with that old dichotomy of self and other, has been a dominant area of study in the field of Flavian literature for quite some time (e.g. Augoustakis 2010, Rimell 2015, Pogorzelski 2016, Fitzgerald and Spentzou 2018, all with qualifications). While yielding critical insight into Roman identity and conceptualizations of power in the Flavian era, this dichotomous view nonetheless maintains the hegemonic, top-down outlook it aims to question. In recent years, a growing number of scholars have focused their attention on the role of peripheral spaces on their own terms (see Bexley 2009 and more recently Bhatt 2018 and Giusti 2018), that is to say as spaces generating their own dynamic forces both in opposition to and in concordance with central spaces. On such an outlook, we begin to see not a dichotomy of two separate spaces, but rather of two intertwined ones: a hybrid. Modern theories concerning hybridity, such as Homi K. Bhabha’s theorizations of “third spaces” or creolization theory, hint at the interpretative possibilities open to those who approach the periphery anew and on its own terms. What happens, in sum, at the edges of things to bring about and mark change?

We propose to gather papers, therefore, which analyze peripheral spaces as areas indicative of change (be it narratival, textual, cultural, or otherwise) in the Flavian epicists and occasional poets. Possible topics to be considered include but are by no means limited to:

We welcome, in a word, any paper that aims to question or otherwise qualify the hierarchical model of center and periphery, emperor and imperial edges, in these texts.

Abstracts and inquiries should be sent to the panel organizers, Angeliki Roumpou (Angeliki.Roumpou1@nottingham.ac.uk) or Clayton Schroer (c_schroer@coloradocollege.edu). Submissions will be accepted until March 24th; notification of acceptance will be sent by March 31st, leaving ample time until the individual submission deadline. Please note that all abstracts must be no more than 500 words in length and must also comply with the SCS Guidelines for Authors of Abstracts.

Augoustakis, A. 2010. Motherhood and the Other: Fashioning Female Power in Flavian Epic. Oxford: Oxford University Press.

Bhatt, S. 2018. “Exiled in Rome: The Writing of Other Spaces in Tacitus’ Annales.” In The Production of Space in Latin Literature, edited by William Fitzgerald and Efrossini Spentzou. Oxford: Oxford University Press.

Pogorzelski, R. 2016. “Centers and Peripheries.” In A Companion to the Flavian Age of Imperial Rome, edited by Andrew Zissos, 223–38. Malden, MA: Wiley. 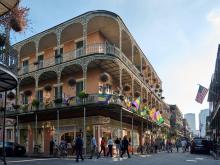 To submit to the SCS program committee, see the following link and deadlines:

The deadlines for submitting proposals and abstracts via the program submission system are:

The Classical Association of New England (CANE) invites you to this year's CANE Summer Institute, “Maiores a(n)d Posteriores: Imagining ‘classical antiquity’ into the future” on July 11-16, 2022. For the past several decades, CANE has offered a week-long program of mini-courses, professional development workshops, reading groups, and public lectures.

This summer, access to the institute will be offered in two formats: in person at Brown University (room and board options available) and online via CANE Zoom. Participants choose one format when registering. The mini-courses will be offered separately for in-person and online participants; workshops and reading groups will accommodate participants in both formats; public lectures will be in-person and live-streamed simultaneously. For information about this year’s offerings, including descriptions of our mini-courses, professional development workshops, reading groups, and public lectures, please visit www.caneweb.org/csi to link to the full program information and online registration option.

CFP: Annual Meeting for Postgraduates in the Reception of the Ancient World (AMPRAW) 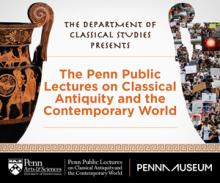 The Penn Public Lectures on Classical Antiquity and the Contemporary World

New Futures for the Greek and Roman Past

The Penn Public Lectures on Classical Antiquity and the Contemporary World aim to advance understanding of the many ways the past is put to use in building the present. They will be delivered by visionary scholars of ancient Greece and Rome, who will reimagine the role those ancient cultures have played over time in the building of later cultural forms, including the discipline of Classical Studies itself.

Arheologia is a research journal of the Institute of Archaeology, the National Academy of Sciences of Ukraine discussing problems of archaeology. The journal presents articles on ancient history and archaeology from prehistory till the Early Modern period, publications of new materials and research results regarding the sites situated on the territory of Ukraine and beyond, biographic materials, reviews and chronicles. The journal’s audience are historians, local lore researchers, teachers, students of historical departments, general public interested in the ancient history of Ukraine.

Arheologia is asking for direct support in the form of scholarship. The executive editor, Dr. Tetiania Shevchenko, has put out a call requesting non-Ukrainian submissions to the journal. The journal is open access (no publication fees) and accepts submissions in English. There's already a range of Classics relevant articles published in the journal, so additional relevant research in Classics is welcome.

Book Launch to Celebrate the Book and its dedicatee, Sarah B. Pomeroy

Sarah Pomeroy’s groundbreaking Goddesses, Whores, Wives, and Slaves introduced scholars, students, and general readers to an exciting new area of inquiry: women in classical antiquity. Almost fifty years later, New Directions in the Study of Women in the Greco-Roman World builds upon and moves beyond Pomeroy’s seminal work to represent the next step in this interdisciplinary field.

Oleksandr Kyslyuk, a historian and classicist, was born in 1962. He graduated from Taras Shevchenko National University of Kyiv and was active as a language teacher (including ancient Greek) and, in particular, as a translator from Greek, Latin and other languages at the Kyiv Theological Academy and Seminary of the UOC-KP (1993-2005). Most recently, he was a senior lecturer at the Department of Theory and History of State and Law of the Institute of Political Science and Law of the National Pedagogical University MP Dragomanova, where he conducted classes in Latin and Roman law. Aristotle's Politics, Xenophon's Anabasis and a treatise by Thomas of Aquinas were among the works he rendered into Ukrainian. He died on March 5, 2022 in Bucha near Kyiv.

Questioning and building upon what has come before