Even a cursory look at the remaining corpus of Pindar's victory odes leaves one in no doubt about the wealth, power, and prestige of his Sicilian patrons. Exactly a third of the odes were composed for Sicilian athletic victories, all but three in the more illustrious of the four Panhellenic contests (Olympian and Pythian), and almost all of them for single horse or chariot races, which required significantly more expenditure than any of the other athletic competitions. The odes to the ruling families of Deinomeniadai and Emmenidai (Hieron of Syracuse and Theron and Xenokrates of Akragas) are the most numerous and have long been considered among the most beautiful, sophisticated, and memorable ancient Greek poetry. It is thus not surprising that recent scholarship has focused on Pindar's special relationship with Sicily in the context of Sicilian social, political, and cultural climate in the fifth century BCE (Morgan (2015), Nicholson (2015), Lewis (forthcoming). On the other hand, surprisingly few scholars of Pindar and the historical context in which he worked have ever been to Sicily to see the hometowns of Pindar's patrons, where the songs would most likely have premiered in elaborate public performances, and which figure prominently in all of his compositions. The goal of this conference is to bring scholars from a variety of disciplines to Siracusa to discuss these odes and to visit the archaeological remains of the places and people they celebrate.

Our conference will take place at the Exedra Mediterranean Center, adjacent to the Piazza Duomo on Ortigia, the ancient heart of Syracuse.  It will include academic presentations as well as Pindar-themed visits to the Neapolis archeological park and Paolo Orsi museum.  We will also enjoy traditional Sicilian hospitality, with group dinners and catered lunches featuring local specialties.  At the conclusion of the conference, an optional tour of relevant sites will visit Kamarina, Gela, the site and museum of Agrigento (Akragas), the site and museum of Himera, and the general area of ancient Aetna on the slopes of Mount Etna.

The official languages of the conference are English, Italian, and Greek.  Proposals for presentations related to any aspect of Pindar in Sicily are welcome.  Abstracts for papers should be 150-300 words in length and prepared for blind review.  Proposals for panel discussions or creative presentations should include contact information for all participants.  Presentation times range from 20 minutes for individual papers to 90 minutes for panel discussions.  The proceedings will be published by Parnassos Press.

Please send abstracts and direct questions to Heather L. Reid at fontearetusa1@gmail.com  Abstracts received by April 15, 2019 will be considered for early acceptance.  Final deadline for abstracts is July 15, 2019.

We look forward to welcoming you to in beautiful Syracuse, the heart of Western Greece. 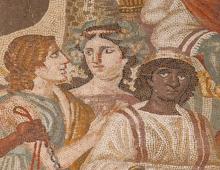 Blog: What Do We Mean When We Say “Diversity”? Addressing Different Kinds of Inequity

In the past year, the Society for Classical Studies website has published a number of pieces catalyzed by the blatant racism on display at the most recent annual meeting. Professor Joy Connolly wrote a piece called “Working Toward a Just and Inclusive Future for Classics,” which then generated a response by an anonymous graduate student group, which in turn led to further comment by the SCS, Professor Connolly, and the newly formed SCS Graduate Student Committee. These various pieces pointed to ways Classics could progress and thrive for generations to come.

What became lost in this series of posts was a focus on racial diversity and inclusivity, as the conversation increasingly broadened to include all manner of injustice found in academic work conditions. The act of racism that started the conversation became overshadowed by much more general discussion about problems that affect the whole of academia, e.g., the increasing precarity of academic labor.

Below are the citations for the three winners of our 2019 Charles J. Goodwin Award of Merit. Please join us in congratulating this year's winners and in thanking the Goodwin Committee members for their hard work.

The story of the Roman Empire, much like the story of the American West, has long emphasized assimilation and Romanization: parcere subiectis et debellare superbos. Presumably discarded were the local identities and indigenous traditions that no longer defined or empowered the provincials. Unlike the cities of the Greek East, with their indigenous and hyper-literate insistence on their own distinctive identities, past and present, the Roman West has been thought to be a virtual tabula rasa, on which Romanness was inscribed with little difficulty.

For the first time since 2016, the SCS will be holding four seminars at this year’s annual meeting.

Seminars as a rule concentrate on more narrowly focused topics and aim at extensive discussion. In order to allow the time to be spent mainly on discussion, the SCS publishes a notice about the session in advance, and organizers distribute copies of the papers (normally three or four in number) to be discussed to those who request them.  Attendance at a seminar will, if necessary, be limited to the first 25 people who sign up. Seminars are normally three hours in length. Registered meeting attendees may sign up at no additional cost for one or more of these seminars during the month of October.

You can chceck out this year's seminars and sign up here: https://classicalstudies.org/annual-meeting/2020/151/2020-annual-meeting-seminars 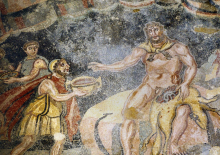 Blog: Classics Everywhere: Activating your Imagination through the Arts

The new Classics Everywhere initiative, launched by the SCS in 2019, supports projects that seek to engage communities all over the US and Canada with the worlds of Greek and Roman antiquity in new and meaningful ways. As part of this initiative the SCS has been funding a variety of projects ranging from children’s programs to teaching Latin in a prison. In this post we focus on four programs that use the performing arts for the exploration and appreciation of Greek and Latin literature.

Observing artists who work imaginatively and freely with the ancient material encourages students to think and act in non-linear ways. Cultivating one’s imagination is particularly important for Classicists, who are constantly seeking for new interpretations and new approaches to the ancient past. The projects below funded by the SCS’ Classics Everywhere Initiative invite their audiences to examine Greek and Roman literature through dance, theater, and staged readings; to explore known stories through different lenses; to stimulate their imagination; and to satisfy the human desire for creativity, entertainment, and learning.

The aim of the OSU Classics Graduate Student Colloquium is to explore various directions in which the Ancient Mediterranean has been adapted and utilized by different cultures in Modern world from the Renaissance to the present day. In recent years, the online journal “Eidolon” and other public scholarship media have already successfully demonstrated how the cultures of the Ancient Mediterranean can be accessed, interpreted, and applied through various experiences by scholars, students, writers, and by the wider communities. We believe that the reception of Ancient Mediterranean cultures has become an important element of Classical scholarship and pedagogy. It is a critical point of contact between the academic community and the general audience.

The OSU Classics Graduate Student Colloquium invites papers on a range of topics that discuss and analyze the reception of the Ancient Mediterranean from a point of view of philology, linguistics, theater and performance studies, history, pedagogy, archaeology, art history, philosophy, anthropology, political studies, media studies, and/or gender studies. Possible topics include, but are not limited to:

The aim of this conference and the edited collection that will result is to propose Aristotelian catharsis as a new lens for historical inquiry. The project aims to do so, specifically, through the study of cathartic history as a phenomenon in the Greco-Roman Mediterranean and in the field of Classical history today. In the process, the project will serve as an example of the productive application of catharsis to the study of the past, and thus a model for other fields of historical research.

SCS member and Classical Studies professor at the University of Pennsylvania Emily Wilson has won a 2019 MacArthur Fellowship by the John D. and Catherine T. MacArthur Foundation.

You can read the full announcement on the UPenn page here.

The SCS board of directors has endorsed a statement on the use of student evaluations of teaching developed by the American Sociological Association.

The board has also reaffirmed its own statement of November 28, 2016 that condemns “the use of the texts, ideals, and images of the Greek and Roman world to promote racism or a view of the Classical world as the unique inheritance of a falsely-imagined and narrowly-conceived western civilization.” In accordance with that statement, the board has also endorsed the American Historical Association’s statement on Domestic Terrorism, Bigotry, and History and would like to draw attention to its condemnation of the “recent deployment of histories invented in the interest of bigotry, violence, and division.”