The deadline to apply for the TLL Fellowship is November 8, 2019. The application includes many parts, and so should be started early.

Applications must be received by the deadline of Friday, November 8, 2019, at 5:00 p.m., Eastern Time. Applications should be submitted as e-mail attachments to Dr. Helen Cullyer, Executive Director, Society for Classical Studies, xd@classicalstudies.org. 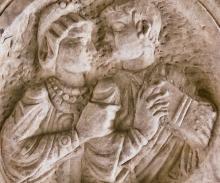 Blog: Classics Everywhere: Examining the Past with a Comparative and Critical Eye

The new Classics Everywhere initiative, launched by the SCS in 2019, supports projects that seek to engage communities all over the US and Canada with the worlds of Greek and Roman antiquity in new and meaningful ways. As part of this initiative the SCS has been funding a variety of projects ranging from children’s programs to teaching Latin in a prison. In this post we focus on two programs that encourage audiences to look at the ancient material and traditional practices with a new lens, with a comparative and critical eye.

CFP: Causes and Causality in Aristotle

“Causes and Causality in Aristotle and the Aristotelian Tradition”

This Conference is intended to provide a formal occasion and central location for philosophers and scholars of the Midwest region (and elsewhere) to present and discuss their current work on Aristotle and his interpreters in ancient and medieval philosophy.

The 14th London Ancient Science conference will be held at the Institute of Classical Studies, Senate House, University of London from Monday, February 17th to Friday, February 21st  2020.

Abstracts of around 200 words should be sent to Prof. Andrew Gregory (andrew.gregory@ucl.ac.uk) by 10th November. Decisions by mid November.

Papers are welcomed from established academics, postdocs and postgraduate students. Papers are welcomed on science in any ancient culture treated historically, philosophically, sociologically or technically. Science is construed quite broadly and may include epistemology, metaphysics and ontology relating to the natural world.

Papers generally will be 20 minutes with 10 minutes for discussion though some papers may be invited to give longer presentations.

This year the keynote speaker will be Prof. Dan Graham

There will also be two panel sessions this year. On the Material Basis for Early Philosophy organised by Prof. Robert Hahn and Prof. William Wians, and on The Antikythera Mechanism organised by Dr. Tony Freeth. Paper proposals are also welcomed for these areas.

Paper proposals are welcomed for these sessions as well as any other ancient science topic.

Res Difficiles: A Conference On Challenges and Pathways for Addressing Inequity In the Ancient Greek and Roman World

One of the great benefits of the shift from a pedagogue-centered to a student-aware or student-centered classroom is that we listen more attentively to how our students experience the content of what we read.  A decided strength of Classical Studies is the simultaneous proximity and distance—temporally, geographically, ideologically—of the ancient Greek and Roman world.  That distance is felt more keenly when potentially difficult subjects (res difficiles) in our readings—domination, inequity, violence both sexual and otherwise—present themselves for inspection.  Often the underlying source of the dissonance or disconnect is the distance in our perceptions of social justice.

The 50th Annual Meeting of the Classical Association of the Pacific Northwest (CAPN) will take place at The University of Oregon in Eugene, OR, on March 20-21, 2020. The keynote speaker will be Andrew Stewart, Emeritus Professor in the Department of the History of Art (UC Berkeley). This keynote lecture will be open to the general public as well as to conference attendees.

Call for Papers: We invite papers on any aspect of the ancient Mediterranean world, including Greece, Rome, Egypt, and the Ancient Near East. We seek those that are likely to be of broad interest and to make connections among different elements of the ancient world. Such connections may cross traditional disciplinary boundaries (such as archaeology, drama, history, literature, and philosophy) or geographical boundaries (e.g., looking at intersections between Greek society and Roman society) or even temporal boundaries (including receptions of Mediterranean antiquity in later places and times). It should be noted, however, that papers on narrower topics are also invited. Furthermore, we welcome pedagogical papers, especially those that address the instruction of Latin and Greek at the primary, secondary, and university levels. Teachers and students of Classics at any level of instruction (K-12, college, or university) are encouraged to submit abstracts.

Fellowship: UVA's "Bridge to the Doctorate"

As part of its commitment to diversifying the graduate student body and the field more generally, the Department of Classics at the University of Virginia seeks to support students from groups that are underrepresented in our discipline and who have not yet received sufficient training and research experience to prepare them for admission to doctoral programs. The Graduate School of Arts & Sciences at the University of Virginia is accepting applications to join the first cohort of Bridge to the Doctorate Fellows for enrollment in Fall 2020. The Bridge Fellowship is a fully funded two-year program assisting gifted and hard-working students in Classics to acquire research and language skills needed to pursue a Ph.D. in Classics. The Fellowship is geared exclusively to assist the professional and personal development of the Fellow, and as such it comes without teaching responsibilities. Fellows will receive $24,000 per year in living support and full payment of their tuition, and fees, and single-person coverage in the University’s student health insurance plan for a period of two years.

The Joint Program in Ancient Philosophy at the University of Texas is pleased to announce that the 43rd annual Ancient Philosophy Workshop will be held this year in Austin.  In keeping with workshop tradition, we invite proposals on any problem, figure, or issue in ancient Greek and Roman philosophy.  Workshop sessions will begin on Friday morning, March 6, and conclude Saturday evening, March 7.  Each paper will be allotted forty minutes for oral presentation in order to allow for both a prepared response and open discussion. 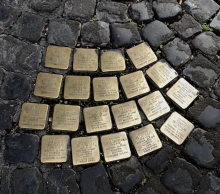 ‘Anchoring Innovation’ is a Dutch research program in Classics that studies how people deal with ‘the new’ (http://www.ru.nl/oikos/anchoring-innovation/). We want to understand the multifarious ways in which relevant social groups connect what they perceive as new to what they feel is already familiar (‘anchoring’). In this conference, our focus will be on technological innovations in classical antiquity, and the ways in which these became acceptable, were adopted, and spread – or died an unceremonious death.

Technology is here understood in the widest sense of the word: it includes building materials and techniques, technical procedures and products, but also information technologies such as writing and calculating, coinage, medicine and military technology. Greco-Roman antiquity offers an ideal testing ground for understanding technological change in a complex, yet non-modern society: it is richly documented (both in the written record and in material remains), and the ‘sources’ are complex but also well-disclosed, which enables us to tackle complex research questions.