Multi-Society Statement on Proposed Cuts at the University of Tulsa

The undersigned associations urge the University of Tulsa to reconsider and rescind its recent recommendations calling for the elimination of undergraduate majors in philosophy, religion, theater, musical theater, music, languages, law, and of several graduate and doctoral programs, including those in anthropology, fine arts, history, and women’s and gender studies and to eliminate undergraduate minors in ancient languages and classical studies. 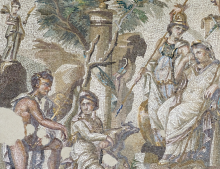 Blog: Classics Everywhere: Meeting The Community Where They Are

The new Classics Everywhere initiative, recently launched by the SCS, supports projects that seek to introduce and engage communities all over the US with the worlds of Greek and Roman antiquity in new and meaningful ways. During the first round of applications, the SCS funded 13 projects, ranging from performances and a cinema series to educational programs and inter-institutional collaborations. In this blog post, we aim to highlight three programs in which Classicists are sharing the joy of studying Greece and Rome with their communities..

We would like to alert classicists to a recently-identified website (classicalbulletin.org) that presents itself as that of The Classical Bulletin (a now-defunct periodical) and offers open-access publication for a fee. The site fraudulently uses logos and trademarks, and the names of institutions and individuals, including the names of alleged editors.  Institutions named include The Canadian Classical Bulletin, two Xavier Universities, the Institute of Classical Studies in London, and Bolchazy-Carducci Publishers. None of the institutions or persons mentioned have any connection to the website.  Thanks to @rogueclassicist for uncovering the details.
The official site of the Canadian Classical Bulletin is: http://www.cac-scec.website/canadian-classical-bulletin-ccb/
---
View full article. | Posted in SCS Announcements on Thu, 04/25/2019 - 12:38pm by Erik Shell.

11-12:10pm: Oksana Maksymchuk (University of Arkansas): An Anthropological Defense of the Measure Doctrine in the Protagoras

(Republished from the Pittsburgh Post-Gazette)

In a career that lasted over 70 years, Jerry Clack wore many different hats.

From a youthful stint at the Swedish Legation in Washington and four years with UNESCO to public relations and accounting positions with AAA, Coca-Cola and the American Heart Association, he went on to assume directorship of Allegheny County’s chapter of The March of Dimes in 1953. His 15-year tenure with March of Dimes saw the development of two anti-polio vaccines, that of Jonas Salk at University of Pittsburgh and the oral vaccine of Albert Sabin.

The son of Mildred Taylor Van Dyke of Pittsburgh and Christopher Thrower Clack of Boydton, Virginia, Mr. Clack was born in New York City on July 22, 1926. Because his father was a foreign representative of the Pittsburgh-based Blaw-Knox Company, he spent his early years in Europe, mostly in London and Dusseldorf. After his father’s death, he returned with his mother to Pittsburgh, attending the Fulton School and Peabody High School. 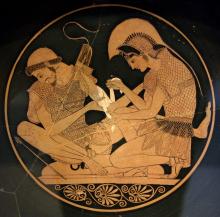 Blog: CAMWS and BYU: Background, Reflections, and Next Steps

by T. H. M. Gellar-Goad and Christopher B. Polt

In this post, Profs. Gellar-Goad and Polt clarify their position in the debate over holding the annual CAMWS meeting at BYU for the 2023 annual meeting and why they view BYU as an unsafe conference site for LGTBQ+ classicists.

On Saturday, April 20, the Classical Association of the Middle West and South (CAMWS) rescinded its earlier decision to hold part of its annual meeting on the campus of Brigham Young University (BYU) during its 2023 conference in Provo, Utah.

CAMWS leadership had selected Brigham Young University (BYU) to host its 2023 annual meeting — despite the fact that serious concerns about the safety and inclusion of its LGBTQ+ members at such a conference site were voiced before and after that decision was made — and dismissed repeated requests for compromise that would safeguard LGBTQ+ colleagues. Over the last 18 months we tried to work with, and within the structure of, CAMWS to address this issue quietly and amicably. We did so in an attempt to save everyone a great deal of anguish and to avoid unnecessary negative attention for the Classicists at BYU. Ultimately, however, we felt compelled to call on CAMWS publicly to change course, and CAMWS leadership did so only in the face of significant public pressure by Classicists across the world. 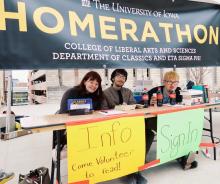 This call for papers is for a conference to take place June 30-July 2, 2020 at Victoria University of Wellington, New Zealand, on the topic of writing about same-sex desire in ancient and medieval societies.

Registration is now open for the postgraduate conference "Reframing Wisdom Literature. Problematising Literary and Religious Interactions in Ancient Wisdom Texts." The programme is included below and you can read more about our aims and about the line up here: https://hcommons.org/app/uploads/sites/1001234/2019/04/RWL-booklet.pdf