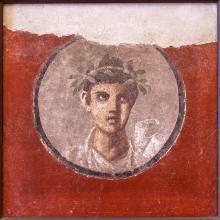 AIA and SCS have been working on detailed plans for our 2022 joint Annual Meeting based on the results of our recent survey. Since 60% of respondents expressed a preference for a hybrid meeting, we are planning for our first ever hybrid conference in January 2022. This means speakers will be able to present in person in San Francisco or remotely in each session, and attendees will be able to attend sessions in the hotel or virtually. This is an ambitious undertaking and some elements of the conference cannot easily have a hybrid format; for example, social events will need to be either in person or virtual. However, we aim to make the meeting as hybrid as is feasible given logistics, costs, and staff capacity.  We anticipate a two-tier scale of registration rates, with virtual attendance costing less than in person attendance. There are many details still to be worked out, so please bear with us and we will update you later this Summer and in the Fall.

Today marks half a year since insurrectionists stormed the U.S. Capitol, occupied the Senate chamber, violently assaulted Capitol Police defending the building, and threatened to assassinate the then-Vice President and other elected officials. In recent days, the House of Representatives has approved a plan for a formal investigation — on partisan lines, after Senate Republicans previously blocked the passage of a bipartisan, 9/11-style commission approved by the House in a bipartisan vote.

We mustn’t forget the assault on the peaceful transition of power, on the foundations of American democracy itself. And we shouldn’t forget that the insurrection is tied up with racist receptions of ancient Greece and Rome. Some insurrectionists came in Greek or Roman-themed cosplay, after all, and the right has long had a dangerous fascination with Sparta.