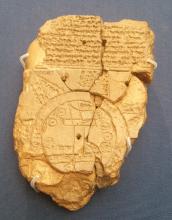 CFP: Sixth Interdisciplinary Symposium on the Heritage of Western Greece

Sixth Interdisciplinary Symposium on the Heritage of Western Greece

with special emphasis on

and a pre-conference seminar on Gorgias of Leontini

plus a post-conference tour of Greek cities in Calabria

The cultural and intellectual legacy of Western Greece—the coastal areas of Southern Italy and Sicily settled by Hellenes in the 8th and 7th centuries BCE—is sometimes overlooked in academia.  Yet evidence suggests that poets, playwrights, philosophers, and other maverick intellectuals found fertile ground here for the growth of their ideas and the harvesting of their work.  The goal of the Fonte Aretusa organization is to revive the distinctive spirit of Western Greece by exploring it from a variety of disciplinary perspectives including art history, archaeology, classics, drama, epigraphy, history, literature, mythology, philosophy and religion.

The Penn-Leiden Colloquia on Ancient Values were established as a biennial venue in which scholars could investigate the diverse aspects of Greek and Roman values. Each colloquium focuses on a single theme, which participants explore from various perspectives and disciplines. Since the first colloquium in Leiden (in 2000), a wide range of topics has been explored, including manliness, free speech, the spatial organization of value, badness, ‘others’, aesthetic value, the past, landscapes, competition and the night. All conferences (full list below) have resulted in edited volumes published by Brill Publishers.

Kathleen Coleman (Harvard University) has written an article to mark the 125th anniversary of the TLL's founding in 1894. This was subsequently translated into German by the TLL office., and has appeared in the magazine of the Bayerische Akademie der Wissenschaften, Akademie Aktuell 2/19.
You can read the update here.
---
(Photo: "_DSC7061" by rhodesj, licensed under CC BY 2.0)
View full article. | Posted in SCS Announcements on Fri, 06/28/2019 - 9:33am by Erik Shell. 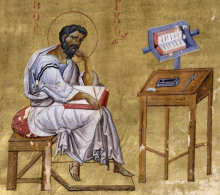 Online Companion to the Worlds of Roman Women

SCS Board Statement Endorsing a Variety of Careers for Classics Ph.D.s

Recently, the SCS has focused attention on the importance on the variety of career paths pursued by those earning a Classics PhD. The Society has held a Career Networking event in 2018 and 2019 at its annual meeting, and will publish this summer a graduate student of edition of "Careers for Classicists", which will provide advice about seeking jobs inside and outside the academy. In recognition of the variety of types of employment open to Classics PhDs and in response to a request by an ad hoc group on graduate student issues, a precursor to the current Graduate Student Committee, the Career Planning and Development Committee has developed the following statement on the importance and value of many different careers. This statement has been endorsed by the SCS Board of Directors.

The Society for Classical Studies is proud to announce an upgrade to our Precollegiate Membership category.

In addition to enjoying all their current benefits, Precollegiate members will now enjoy full member benefits. These benefits include voting in SCS elections, serving on SCS boards and committees, and the opportunity to submit abstracts for the AIA/SCS annual meeting.

The annual dues for this membership will be $38 as of September 2019. Membership can be completed by joining online at scs.press.jhu.edu/membership.

The twenty-second biennial New College Conference on Medieval and Renaissance Studies will take place 12–14 March 2020 in Sarasota, Florida. The program committee invites 250-word abstracts of proposed twenty-minute papers on topics in European and Mediterranean history, literature, art, music and religion from the fourth to the seventeenth centuries. Interdisciplinary work is particularly appropriate to the conference’s broad historical and disciplinary scope. Planned sessions are also welcome. The deadline for all abstracts is 15 September 2019; please see the submission guidelines on the conference website.

Conference: The Presence of Plotinus

The Presence of Plotinus: The Self, Contemplation, and Spiritual Exercise in the Enneads