M. Philippa (Forder) Goold, longtime professor of classics and department head at Mount Holyoke, died on March 29, 2017, after a short illness. She was 84.

Philippa was born in Salisbury, Southern Rhodesia (now Harare, Zimbabwe) in 1932. After taking degrees at both the University of Cape Town and Cambridge University—where her housemates at Newnham’s Whitstead Cottage included Sylvia Path—she returned to Salisbury in 1956 to begin teaching at the University College of Rhodesia and Nyasaland (now the University of Zimbabwe). In 1967 she came to the U.S. to join the faculty at Mount Holyoke, but left in 1973 when her husband, George P. Goold, was named Professor of Latin at University College London. When George accepted a professorship at Yale in 1977, Philippa returned to Mount Holyoke, where she continued to teach, eventually holding the chair of Professor of Classics on the Alumnae Foundation, and lead the department until her retirement in 1996.

During her time at Mount Holyoke, she inspired a number of students to enter the profession. Bonnie Catto, Professor of Classics at Assumption College, who was both a student and colleague of hers at Mount Holyoke, attributes to Philippa her great love of Lucretius and speaks appreciatively of the gentle encouragement she offered when, as an undergraduate, Bonnie was writing her senior thesis. Another Mount Holyoke graduate, Mary McHugh, Professor of Classics and Associate Provost and Dean of General Education and Assessment at Gustavus Adolphus College, where she succeeded the late Marleen (Boudreau) Flory (also a Mount Holyoke alumna), recalls Philippa’s inspirational Greek classes and how she marveled at Philippa’s encyclopedic knowledge of the ancient world. In Mary’s words, “She demanded nothing less than excellence, and I was a better person for it. And while she taught me tenacity and attention to details, she also possessed a great sense of humor, great warmth and loyalty, and true sincerity.” Based on my own experience as Philippa’s colleague and friend, I could not describe her any better.

A superb editor and nonpareil proofreader, Philippa gave generously of her time and expertise when called upon by colleagues both near and far. And many a volume in the Loeb Classical Library benefited greatly from her behind-the-scenes work; beginning in 1974, when George became the general editor of the series, she functioned as a de-facto assistant editor, a role that continued for some years after the general editorship passed to Jeffrey Henderson in 1999.

No account of Philippa’s life would be complete without mention of her deep love for George over the course of more than 25 years of marriage, as well as for her two stepchildren and her own extended family of siblings, nieces and nephews, and grandchildren. After George’s death in 2001, Philippa remained at their home in South Hadley, with occasional breaks for travel including an around-the-world trip with her beloved sister Sarah McNally and her husband Nick in 2004.

Philippa Goold is greatly missed by us all.

Webinar: Learning from the Past: Classics and the Contemporary World

Learning from the Past: Classics and the Contemporary World

Abstract: This webinar explores contemporary political and social issues, including the nature of populism and authoritarianism and the treatment of disenfranchised groups, through the lens of ancient Athens and its extraordinary democracy with Prof. Paul Cartledge, emeritus A. G. Leventis Professor of Greek Culture at the University of Cambridge.

Paul Cartledge is a world-renowned Classicist and expert on ancient Greece, whose recent books include Democracy: A Life (2018) and Thebes: The Forgotten City of Ancient Greece (2020). In 2021, he received the Commander of the Order of Honor from the Greek government for enhancing the reputation of Greece abroad.

Statement in support of transgender rights

The SCS, consistent with its Statement on Professional Ethics, which addresses discrimination and harassment on the basis of gender identity, stands fully in support of transgender classicists. It condemms any harassment and bullying of anyone who is transgender or who advocates for transgender rights.

The Department of Latin at the University of Basel, in collaboration with the foundation PLuS, is pleased to invite applications for the new round of the Basel Fellowships in Latin Literature. The fellowship programme offers an opportunity for early career researchers as well as established scholars to pursue their research in the framework of a fully funded visit of up to three months at the Departement Altertumswissenschaften of the University of Basel. During their stay Fellows are entitled to make full use of the excellent resources of the University Library as well as the departmental library, Bibliothek Altertumswissenschaften, one of the world’s leading research libraries for the study of the ancient Mediterranean civilisations.

SCS congratulates the 2021-22 Rome Prize Winners in Ancient Studies, announced by the American Academy in Rome on April 23, 2021:

You can view the full announcement and list of all Rome prize winners and Italian fellows here.

The Ancient Worlds, Modern Communities initiative, launched by the SCS in 2019 as the Classics Everywhere initiative, supports projects that seek to engage broader publics — individuals, groups, and communities — in critical discussion of and creative expression related to the ancient Mediterranean, the global reception of Greek and Roman culture, and the history of teaching and scholarship in the field of classical studies. As part of this initiative, the SCS has funded 98 projects in 25 states and 10 countries, ranging from school programming to reading groups, prison programs, public talks and conferences, digital projects, and collaborations with artists in theater, opera, music, dance, and the visual arts. 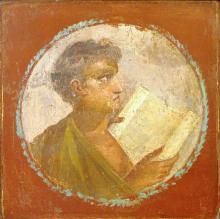