Served as chair of the Language Department for several years and accompanied Egyptologist Donald Ryan on several trips to Egypt to provide students with an understanding of Roman sites existing there. She took PLU students to archeological sites in Greece. She visited ancient sites in Britain, France, Morocco, and Tunisia. She also researched in Belgium and at Columbia University in New York. Rochelle greatly valued the archeological tours created by The American School of Classical Studies at Athens and The American Academy in Rome.

Through the years, she published articles on Valens' recall of the Nicene exiles and Gregory Nazianzen's Anastasia Church in Constantinople. She was preparing to publish an article on the life of Oikonomos Marcian at the time of her death.

Rochelle was a wonderful cook who loved to create gourmet meals for guests. She was known for her mincemeat pies, which always graced her Thanksgiving table. In addition to travel and cooking, she enjoyed reading, theater, opera, ballet and ancient art.

Rochelle is survived by her husband, Joseph Knee, of Burien, WA; her father, John J. Snee, of Salisbury, MD; her sister, Christine L. Snee, of Towson, MD; her brother, Joseph M. Snee, of Salisbury; her sister-in-law, Ruth Snee, of Hatboro, PA; her nephew, John G. Snee, and his wife, Tara, of Albuquerque, N.M.; her niece, Arden Snee, and her husband, Bill Hornung, of Fayetteville, N.C.; her sister-in-law Alice Miller and her husband Fred Miller of New Jersey, her niece Melissa Miller of New York, and her nephew Jonathan Miller of New Jersey; her great-niece, Ella Rose Snee, of Albuquerque; her godson, Steven Kodama, and his brothers, Sandro and Paul Kodama, and their families of Seattle.

She was preceded in death by her mother, Marian E. Snee, and by two brothers, Thomas E. Snee and David W. Snee.

Because of the coronavirus pandemic, a funeral could not be held. She was buried in Staten Island, N.Y., next to her paternal grandparents. A memorial service will be held there at a later date. 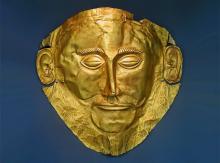 The Classics Everywhere initiative, launched by the SCS in 2019, in March 2021 has been renamed and reimagined as the Ancient Worlds, Modern Communities initiative. Ancient Worlds, Modern Communities supports projects that seek to engage broader publics—individuals, groups, and communities—in critical discussion of and creative expression related to the ancient Mediterranean, the global reception of Greek and Roman culture, and the history of teaching and scholarship in the field of classical studies. As part of this initiative, the SCS has funded 98 projects ranging from school programming to reading groups, prison programs, public talks and conferences, digital projects, and collaborations with artists in theater, opera, music, dance, and the visual arts. Awardees are selected by the SCS Committee on Classics in the Community.

Last week, several members of the SCS Board of Directors participated in a powerful and important solidarity event organized by the Women’s Classical Caucus (WCC) and Asian and Asian American Classical Caucus (AAACC) after the shootings in Atlanta that resulted in the deaths of eight individuals, six of whom were Asian women. After this event, we reached out to AAACC to ask what actions SCS could meaningfully take to support the AAACC community and AAPI communities more broadly. As a result, the SCS Board of Directors has approved donations to the Asian Counseling and Referring Service and Asian Americans Advancing Justice. SCS will also be working with AAACC on data collection in order to understand better the demographics and needs of Asian, Asian American, and Pacific Islander classicists.

We congratulate the following award and fellowship winners for 2021:

The AIA’s Student Affairs Interest Group (SAIG) and SCS’s Graduate Student Committee (GSC) are pleased to announce the 2021 SAIG/GSC Dissertation Lecture! This annual talk is a collaborative effort intended to highlight the work of a senior doctoral candidate whose research features interdisciplinary work between the fields of archaeology and classical philology, and to support the student networks between these related fields.

As the first SAIG/GSC Dissertation Lecturer, Elizabeth Heintges, doctoral candidate at Columbia University, will present “Forgetting Sextus Pompey: the bellum Siculum and Vergil’s Aeneid,” integrating both literary and material evidence into an analysis of two major moments in Roman Republican history. Please see the poster and abstract below for more details.

The lecture will be held virtually on Thursday, April 22, 2021 at 5:00 pm EST.
Please register here in advance of this Zoom webinar.
Any questions? Please don’t hesitate to reach out via email (studentaffairsaia@gmail.com).

The past few weeks, and indeed the past few months and the past year, have been incredibly difficult in so many ways. The pandemic, the increasingly uncertain financial state of higher education and the humanities in particular, and the persistence of hate and racism are resulting in serious practical and emotional impacts. As SCS strives to address all these challenges and to serve its members, we are introducing a new experimental program of "office hours" that will provide members with short confidential Zoom appointments with the Executive Director to air concerns and make requests. At the current time, appointments are limited to members who are students, contingent faculty, and anyone with precarious or no employment. You can find the link to schedule an appointment in the body of the March email newsletter and on our Members Only page accessible via our Membership menu (login is required to access that page).

Pleiades is an online database of spatial information modeled on the long tradition of gazetteers. It is most useful to people interested in Greek and Roman material but also includes a growing amount of information concerning other ancient cultures.

The user interface is simple and intuitive. First, type the name of a place into the search bar. Then, if Pleiades recognizes the name, it provides a selection of peer-reviewed information about that place: for example, alternate names, relevant citations, and chronological periods during which the place was active.

A message from the National Humanities Alliance:

"Advocates from all 50 states and Washington D.C. will be meeting virtually with their Members of Congress and congressional staff to discuss federal funding for the humanities. They will be thanking Members of Congress for the funding in the American Rescue Plan and pushing for increased funding for a wide range of humanities programs in FY 2022!

Help bolster their efforts by writing to your Members of Congress today!

We’ve won incremental increases for the NEH in each of the past 6 years, but given the needs of the humanities community and the crucial role they have to play in the current moment, we are urging a far more robust increase this year. Take action for the NEH!

Blog: An Interview with Peopling the Past, Recipient of the WCC 2020–2021 Public Scholarship Award

In Part 3 of our guest series for the SCS Blog, the Women’s Classical Caucus (WCC) invites you to celebrate the winner of its 2020-21 Public Scholarship Award: Peopling the Past, a grassroots group of Canadian archaeologists and art historians of the ancient Mediterranean who have created resources accessible to audiences of all ages.