For a full schedule and information on registration for the Zoom event, visit the info page on the Washington University Classics department website. For reflections on the appeal of the Rudens to the Ladies’ Literary Society, including publicity about the 1884 event, read this story.

Conference: Performing Ancient Greek Literature in a Time of Pandemic

Performing Ancient Greek Literature in a Time of Pandemic 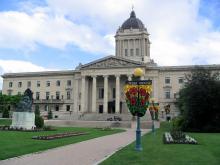 Our seventh interview in the Contingent Faculty Series is a virtual conversation between Dr. Taylor Coughlan and Dr. Victoria Austen.

Victoria Austen received her Ph.D. from King’s College London in 2020 and has been teaching at the University of Winnipeg since 2019. In September 2022, she will begin a two-year position at Carleton College, in Minnesota, as the Oden Postdoctoral Fellow in Innovation in the Humanities (Classics). Her main research focuses on the imaginative space of Roman gardens and landscapes across literature and art from the Late Republic and Early Empire; she is also interested in classical reception (particularly related to myth) and the study of race and ethnicity in the ancient world. She is the social media manager for Peopling the Past (@peoplingthepast), and you can also find her tweeting @Vicky_Austen.

Taylor Coughlan: You received your education and training in the UK, and moved to Canada to begin your professional career, and have a further move to the U.S. on the horizon. What have you learned from working in different cities and countries?

The SAGP Board has decided that the 2022 Annual Meeting will again occur via Zoom. This makes it possible to stretch out the time-frame so that we do not have simultaneous panels. We will schedule panels on weekends, Friday through Monday (avoiding Tuesday, Wednesday, Thursday, since those are the heaviest teaching days for most people). We will schedule starting September 23, and ending November 19, for this round.

Members of the Society are invited to propose Zoom panels. Organizers should specify the topic of the panel, the proposed speakers (with academic affiliation and email address) and tentative title (check with them first!), and preferred date (and an alternate). Some preference for organizers who would be able to host a zoom event themselves.