This issue of TAPA intends to be a catalyst for transformative ideas regarding the reality of race and racism within all aspects of Greek and Roman Studies. We seek contributions that analyze and critically engage phenomena which have been considered unrelated to race, have been so familiar as to remain un-critiqued as spectacular, have not yet been brought to light, or that have tended to be avoided for being too disruptive of the disciplinary status quo. Rather than cordon off advances from other branches of scholarship, this issue welcomes reflections on Classical Studies from other disciplines. We remain attentive to the discipline’s self-declared roots in philology. But the scope of this endeavor demands that we also open ourselves up to other models of critique and to the insights that those models produce. To that end, scholars from fields with similar disciplinary trajectories, with research interests that dovetail with Classics, or whose work is assumed to have no relationship to race and/in the Classics are especially encouraged to submit papers. 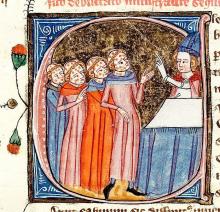 Blog: “Disease Discourse” as a Phenomenon: Classical, and Christian, and Contemporary

What use is Covid-19? Despite its epidemiological and socioeconomic consequences, can this pandemic do anything good for scholars? For Classicists? For one thing, we have seen the capacity of the virus to generate numerous themed conferences, journal volumes, and lecture series. Whether that’s a “good thing” is another matter. But, at the very least, we may say that this global pandemic renders a cluster of ideas more broadly interesting and salient than usual.

For some scholars, such events have proved fortuitous: say, for example, Kyle Harper, whose The Fate of Rome: Climate, Disease, and the End of and Empire appeared in late 2017 and dealt with disease and pandemic in late antiquity. Frank M. Snowden’s Epidemics and Society: From the Black Death to the Present has witnessed renewed interest. For some scholars, Classicists or not, Covid-19 has highlighted their work. No one likes to benefit from a public emergency — as a former wildland firefighter, a profession which lives for forest fires, I know the feeling — but it happens. It is outside our control.

In Dialogue: Trans Studies and Classics. A conversation with Vanessa Stovall and Mary Beard on Twitter dialogue and the trans community

When the latest ‘Twitter storm’ (to quote Mary Beard) broke out, my Twitter feed rapidly filled with heated denunciations of ‘cancel culture,’ cruel words directed at trans folx, and pontifications about the state of Classics. For many members of the trans community, this Twitter ‘dialogue’ was exhausting. Every day, a new blog post or article added more fuel to an ever-growing fire. 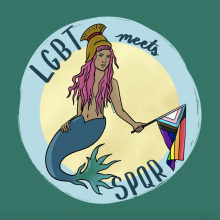 I wish that LGBT Meets SQPR had existed as I began my journey into Greco-Roman antiquity in high school. As a closeted gay youth, I was eager to find stories, experiences, and anecdotes that could help me understand my identity better and not feel quite so alone. Modern LGBTQIA+ youth seem to gravitate towards Classics for such resources and community-building. In a survey conducted by Hannah Clarke, young queer people indicated that their interest in Classics stemmed from the fact that “Classics remedies, to a certain extent, anxieties of feeling culturally temporary. [The survey respondents] describe the visibility of queer figures in Classics classes as providing a sort of temporal anchor, which proves that they are not the result of a trend, something that came about in the 70s, something that is having a moment and could potentially vanish once more.”

The 2021 season of the Digital Classicist London seminar is on the theme of world classics: we have put together a programme of speakers who are working with digital humanities and digital classics methods to the study of antiquity—whether language, corpora, archaeology—from across the world. All sessions are streamed live on Youtube, and will also be available to watch there afterwards.

Dear friends of the Classics Program at Hunter College,

Please join us Friday, May 14, at 5pm for the 83rd Josephine Earle Memorial Lecture (see the attached poster). The lecture is taking place virtually over Zoom, and pre-registration is required at the link below. In addition to the lecture, the event will begin with a student award ceremony and a celebration of recent graduates from the Classics Program at Hunter.

"What did the Romans want from their law?"

(If the link doesn't take you to a registration screen when you click on it, please try cutting and pasting it manually into your browser. After registering, you will receive a confirmation email containing information about joining the meeting.)

We hope to see many of you there!

I hope the semester/quarter is ending up well. Come celebrate at the 2021 MLA Leadership Institute: Why Humanities Now: https://www.adfl.mla.org/Seminars/MLA-Academic-Program-Services-Leadership-Institute-Why-Humanities-Now

In addition to a robust set of plenaries and discussion groups (full program is online), there are three workshops that will be of interest: one for chairs, one for directors of graduate studies, and one for department leaders interested in using data for advocacy.

See below for brief descriptions.  Use the link above for access to the full program and registration.