The SCS Teaching Excellence Awards Committee is delighted to announce the 2018 Awards for Excellence in Teaching of the Classics at the College Level.

Please join us in congratulating these excellent educators.

Monessa Cummins has taught at Grinnell College for nearly thirty-five years, and she has taught almost every course offered by her department, from her original expertise in Greek poetry to Greek and Roman history and archaeology and art and Latin and Greek, to study abroad in Greece.  This is a reality for many who teach at small institutions, as is the prevalence of unrecorded overloads with individual students or small groups. But Dr. Cummins, according to both students and faculty colleagues, does all of this, and does it extraordinarily well.  Everyone speaks of her high standards, but also of the riveting way she conducts her classes, such that, to quote her nomination letter, “the students are all on and with her the whole time”: no internet in the back row here!  She incorporates a variety of newer pedagogies into her classroom, while also grounding students in the basics, not just of Classics: in lecture courses, one student is assigned to be the “recorder” for each session, and that student reviews the material for two minutes at the start of the following class meeting.  So too, one letter reports, students who have no interest in the Classical world sign up for her classes because they know it will – she will – make them better writers.

Dr. Cummins is also, just as clearly, a role model to her students outside of the classroom.  Student letters abound with stories of her humanity, her caring attitude, and her strictness.  It goes without saying that at a place like Grinnell a teacher like Dr. Cummins is legendary: while the college does not offer teaching awards, there is a lively grapevine that has students seeking her out from their very first semester, and adding Classics as a major, either in addition to what they thought they were going to study in college, or instead of it.  One of her faculty colleagues calls her teaching “challenging, effective, and inspiring,” and this committee agrees.

The rethinking of curriculum is of course not the kind of thing students necessarily even know about, but the letters from her faculty and administrative colleagues attest to Dr. Cummins’ hard work and achievements in this area as well.  Like many institutions, big and small, Grinnell’s classics department has created a civilization-based track, and she led the department in a reassessment and redesign process that, according to one colleague, resulted in “harmonizing our individual goals and pedagogies,” and in the creation of multidisciplinary courses that play to her particular strengths, and with subject matter that varies from the Trojan War to the debates around cultural patrimony.

We are honored to recognize Professor Monessa Cummins for her devotion to teaching with the SCS’s 2018 Award for Excellence in Teaching of the Classics at the College Level.

Imagine how students react on the first day of a class on Athens, when their professor tells them that, in the radical democracy of this class, they will be expected to decide how the required material will be considered, how the class will run, how their progress will be assessed, and that they will have to argue for and vote on any change. Mid-semester may find them begging for a tyrant, while struggling with the untidy realities of a truly democratic society. Or consider a class on Sparta, in which students are immediately divided into messes, which will not only work together but receive both reward and punishment for the behavior of individual members. Or a class on ancient athletics in which extra credit is earned through competition with a classmate: push-ups or footraces, songwriting or painting, all are fair game. This kind of experiential learning is a hallmark of Dr. Mike Lippman’s approach to the classroom, and his students eat it up! One student remarks that the Sparta course “put [her] in a position of leadership among [her] peers, forced [her] to make hard choices, and caused [her] to think and exist outside of [her] comfort zone,” exactly the aims of a liberal arts education. Cicero would be pleased.

Dr. Lippman’s innovative pedagogy compels profound, personal, and critical engagement among his students. One of his colleagues at the University of Nebraska-Lincoln comments on his “Pied-Piper-like ability to bring students into our department.” Indeed, since his arrival the number of majors has doubled. And it is not just Classics enrollments that have benefitted from his consummate teaching skills. Beginning Greek enrollments have tripled, and Dr. Lippman is now teaching the first upper level Greek classes offered at UNL in years, often creating these courses in response to specific student interests. The devotion he commands among his students is no better illustrated than by the final comment on one course evaluation: “I just want him to be proud of me.”

But his passion for the Classics is not restricted to the classroom. Since his arrival at UNL, Dr. Lippman has instituted and supported a thriving Classics Club, which among other activities, stages an annual ancient battle reenactment attended by hundreds of students and faculty. He has also organized the Homerathon, a 24-hour reading marathon. Last year, it was Stanley Lombardo’s translation of the Iliad, and readers included students, faculty, staff, a city councilor, and ... Stanley Lombardo! This fostering of community is critical to the future of Humanities in general and Classics in particular, and it takes determination and charisma to make it work. One of his colleagues calls him a “force of nature,” and we heartily agree.

We are honored to recognize Professor Mike Lippman for his outstanding teaching with the SCS’s 2018 Award for Excellence in Teaching of the Classics at the College Level.

Eos: Africana Receptions of Ancient Greece and Rome is excited to invite you to a panel, reception, and showcase at the upcoming SCS Annual Meeting in Washington, DC on the subject of "Black Classicisms in the Visual Arts." We will gather at 5:30pm on Friday, January 3, at

The Department of Latin Literature at the University of Basel, Switzerland is pleased to invite applications for the first round of the Basel Fellowships in Latin Literature. This visiting fellowship programme offers an opportunity for early career researchers as well as established scholars to pursue their research in the framework of a fully funded visit of up to three months at the Department Altertumswissenschaften of the University of Basel. During their stay, Visiting Fellows are entitled to make full use of the excellent resources of the University Library as well as the departmental library, Bibliothek Altertumswissenschaften, one of the world’s leading research libraries for the study of Ancient Mediterranean Civilizations and Classics.

The 2020 Annual Meeting is just three weeks away.  Both the AIA and SCS are making final arrangements for what we anticipate will be an excellent meeting.  While our registration numbers for the upcoming meeting are looking good, reservations at the hotels are not looking as strong.  While we understand that some attendees will opt to stay with local friends or find a less-expensive accommodation, we rely on hotel reservations to secure the meeting space each year.

Why is it important to book at our official Annual Meeting Hotels?
The AIA and SCS are proud to have produced the Annual Meeting for our professional members for the past 120 years. Financially, we are able to do this by reserving a large block of rooms with a hotel. In exchange, these hotels offer our attendees the guaranteed lowest group rate at the hotel and provide us with complimentary meeting space to hold the meeting. But if we are unable to meet our guaranteed minimum number of registered guests, then the AIA and SCS will have to pay for the unused rooms as well as room rental for the meeting space, which can amount to a severe financial penalty. We request your support by booking within our reserved blocks and helping us continue to produce this meeting for the next 100 years. 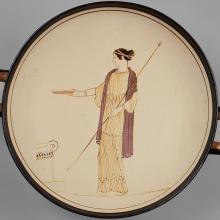 Blog: Women in Classics: A Conversation with Sarah B. Pomeroy

Our first interview in the Women in Classics series is with Sarah B. Pomeroy, Distinguished Professor of Classics and History, Emerita, at Hunter College and the Graduate School of the City University of New York. She was born in New York City and earned her B.A. from Barnard College in 1957. She received her M.A. in 1959 and her Ph.D. in 1961, both from Columbia University. Pomeroy has been recognized as a leading authority on ancient Greek and Roman women since her book Goddesses, Whores, Wives, and Slaves: Women in Classical Antiquity was first published in 1975. Her other publications include Xenophon, Oeconomicus: A Social and Historical Commentary (1994), Families in Classical and Hellenistic Greece: Representations and Realities (1998), Spartan Women (2002), and, with Stanley M. 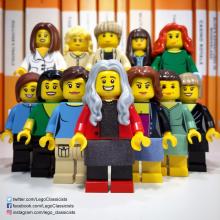 CFP: The Aeneid in the Modern World

Joseph O’Neill and Adam Rigoni of Arizona State University are seeking abstracts from a diverse group of scholars and artists that represent multidisciplinary, multicultural redeployments of the Aeneid. We do not propose examining the Aeneid as a decidedly Roman text. Nor do we propose an examination of a cultural artifact. Rather, we seek to present a volume that deploys the Aeneid anew, one that not only reflects the Aeneid’s status as a ‘modern story’, but one that inserts the Aeneid into contemporary discourse. We understand ‘contemporary’ and ‘modern’ rather broadly—essays need not be limited strictly to the new millennium.

New to being an Affiliated Group this year, the Multiculturalism, Race & Ethnicity in Classics Consortium will be meeting at this year's annual meeting.