From the SCS President and Executive Director

We are writing for two reasons. First, we reiterate the statement of 1/6/19, authored and approved by the Board of Directors in San Diego. There is no place for racism in our field and we feel that is important to reissue that statement, given the increasing toxicity of online debate and the intensification of online harassment over the last few days:

“The Board of Directors of the Society for Classical Studies (SCS) condemns the racist acts and speech that occurred at the 2019 SCS annual meeting. The Society’s policy on harassment addresses, among other things, hostility and abuse based on race and ethnicity. There is no place for racism on the part of members, attendees, vendors, and contractors at the meeting.  In addition, the Board reaffirms its statement of November 2016 in which the directors condemned ‘the use of the texts, ideals, and images of the Greek and Roman world to promote racism or a view of the Classical world as the unique inheritance of a falsely-imagined and narrowly-conceived western civilization.’”

Second, we would like to make a clarification regarding Professor Sarah Bond. After the Future of Classics panel, a number of complaints were brought to the Society’s Committee on Professional Ethics. A member of the SCS filed a formal complaint against Professor Bond. The Committee dismissed this complaint, determining in accordance with our procedures that the complaint was not credible and did not rise to the level of requiring formal investigation. The Committee did not approve or recommend to the Board any formal censure of her. However, the Committee did advise that someone communicate to her informally, on behalf of the Committee, some concerns regarding her behavior at the panel. The subsequent communication with Professor Bond resulted in misunderstandings of the content and intent of the Ethics Committee's concerns, particularly because it was not explicitly stated to Professor Bond that she was not being formally censured as a result of a complaint. We apologize for the great hurt and damage that this has caused to Professor Sarah Bond, our Communications Committee chair and blog editor, who does so much good for the Society.  The President and Executive Director bear the ultimate responsibility for the miscommunication and mishandling of the situation, and the subsequent damage, including the ambiguity of whether she was censured. Together with the Board, we are reviewing our procedures to ensure that what Professor Bond experienced does not happen again.

From the SCS President and Executive Director 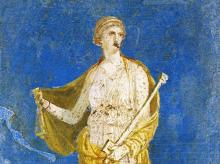 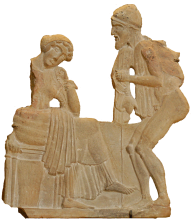