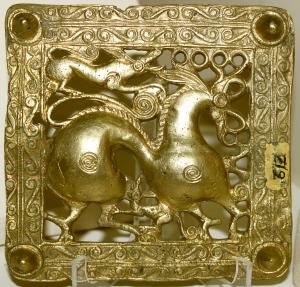 Scholars such as Munson, Milleti, and Campos Daroca have also explored how Herodotus, in his expansive account of the cultures and history of the ancient Mediterranean world, demonstrates a much keener interest in foreign languages than later Greek authors. The author mentions a great diversity of distinct languages in his Histories, especially in light of the fact that he does not readily distinguish in terminology between dialect and language. Herodotus mentions Greek, Scythian, Lydian, Persian, Arab, Assyrian, Dorian, Athenian, Carian, Caunian, Egyptian, Libyan, Ethiopian, Ammonian, Colchian, Argippaean, Sauromatian, Amazon, Gelonian, Pelasgian, and Troglodyte languages, in addition to various Ionian tongues, several unnamed Indian languages, and an unknown language spoken by small men living in the Libyan desert.

In my dissertation, I examine how Herodotus’ understanding and representation of languages, including but not limited to Greek itself, serves to further reveal his distinctive views on ethnic difference, cultural interaction, and conflict. According to the historian, fundamental aspects of Greek culture arose through “barbarian” influence: the Egyptians gave the Greeks their gods, the Phoenicians their alphabet. That Herodotus emphasizes language’s role over other factors in creating and marking ethnic boundaries, and that he acknowledges the mutability of language, contests ancient views that treat ethnicity as fixed and inherent. In the Histories, language does function as a marker that distinguishes between traditional categories like Greek and barbarian or human and animal. On the other hand, Herodotus also uses language as a heuristic device in his examination of these traditional categories, reinforcing them in some places but also questioning them. Furthermore, linguistic evidence serves Herodotus in his investigations beyond these categories, such as when making arguments about events from the deep past or how different non-Greek cultures might be related.

My dissertation covers several different topics, all relating back to Herodotus’ understanding of language and use of language as evidence for historical inquiry. In addition to the connection between ethnicity and language more broadly, I investigate Herodotus’ observations about the ways languages change in contact with each other. More specifically, I examine the relationship between modern theories about language contact and Herodotus’ parallel observations. While Herodotus’ descriptions can sometimes be vague, he frequently appears to describe real phenomena, and there is often external evidence for language contact in the cultural, geographic, and linguistic areas described by the historian. Herodotus presents language contact in situation-specific terms, eschewing a monolithic presentation. Although the terms that he uses cannot usually be easily assigned to modern categories, they are specific enough to invite comparison. In making such a comparison, I apply six concepts from contact linguistics to Herodotus’ linguistic descriptions: imperfect learning, diglossia, convergence, mixed languages, borrowing (specifically, loanwords), and language death. 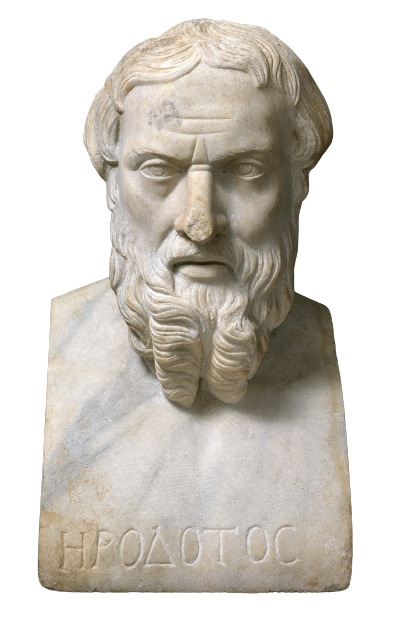 One example of language contact in Herodotus that is particularly salient for his understanding of identity is his surprising claim that the Athenians were originally Pelasgians and spoke another language prior to becoming Greek (Histories 1.57). Later, the Pelasgians learned Greek through contact and became Greeks themselves. Herodotus’ account contradicts prevailing Athenian ideology, which claimed that, because they were born of the earth, the Athenians were somehow the most Greek of all. Another striking example is that of the Sauromatae, whose language, Herodotus claims, was the result of their Amazonian foremothers’ imperfect learning of their Scythian forefathers’ tongue (4.117).  For those interested in language contact in Herodotus, an article based on this portion of the dissertation is forthcoming (December 2021) in American Journal of Philology.

Another topic covered in my dissertation is animal and divine language in the Histories. Herodotus’ conception of language is not limited specifically to human beings. I show that the historian’s approach to nonhuman language illuminates much about how he thinks language is learned and his conceptualization of the origins of language. Ultimately, the historian’s approach to human and animal language fits a larger pattern in which Herodotus distinguishes between human, animal, and divine speech in ways that both echo and diverge from earlier and later cultural assumptions. The author’s account of the Troglodytes, a lizard-eating people in the Libyan desert whose language sounds like the screeching of bats, appears to confirm that he follows in the Homeric of tradition figuring foreign speech in terms of animal noises (Histories 4.183.4). By comparing Herodotus’ account of the Troglodytes with those of other authors, such as Pliny, however, I argue that Herodotus’ response to this tradition in fact portrays the Troglodytes more sympathetically than was typical.

Another example of animal language in the Histories occurs when Herodotus tells the tale of the Egyptian King Psammetichus’ experiment to determine the world’s oldest people by isolating two infants and determining what language they will speak when they first start producing words (Histories 2.2.2–3). Not wanting to expose them to a human nurse, the king has the children fed from the teats of goats. The children’s first word, bekos, is interpreted by the king to mean that the Phrygians are in fact the world’s oldest people and not the Egyptians, because bekos is the Phrygian word for bread. The king comically overlooks, however, the resemblance between the word bekos and the goats’ bleating (bekos). The Psammetichus episode subtly compares two views of language acquisition. The king assumes that language is both fully formed and innate. Furthermore, he thinks that there is one common language that all people know by nature. This language, in the king’s conception, would be the world’s oldest, the roots of a great tree. Herodotus’ joke ridicules this idea and suggests that language is not innate, but rather learned. 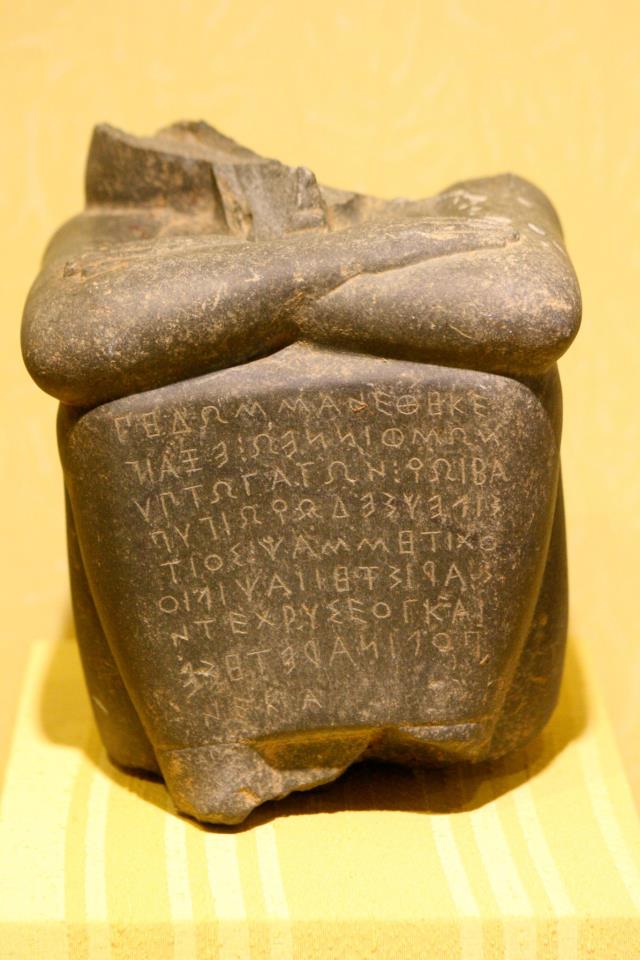 As is often the case with dissertations, I hope that mine will form the nucleus of a future book. In doing so, I hope to contextualize Herodotus’ work with respect to his birthplace of Halicarnassus, itself a Greek-Carian city and locus of language contact. Herodotus’ uncle Panyassis, after all, had a Carian name. Language gives insight about a variety of broader issues in understanding Herodotus and ancient Greek culture more generally. The traditional debate about Herodotus’ trustworthiness as a source has frequently used language to evaluate the author’s credibility. More importantly, however, a fuller understanding of Herodotus’ approach to the various tongues of the Histories allows us to see Herodotus more clearly as a sophisticated investigator of the past and literary artist. In the Histories, languages are always part of their historical context.

Edward Nolan (he/they) is currently a Visiting Lecturer in the Ancient Studies Department at the University of Maryland, Baltimore County. Edward received a PhD from the University of Michigan in April 2021 after defending a dissertation entitled "Language and Difference in Herodotus” and is the author of a forthcoming article in the American Journal of Philology on Language Contact in Herodotus. Edward’s interests include the Greek and Latin languages, connections between language and identity in Greek and Roman antiquity, Greek and Roman history, and Greek and Latin prose authors, especially historians.

12/06/2021
Blog: Immersivity and (Other) “Fantasies of Antiquity”
The last decade or so has seen growing interest in “immersive” representations of antiquity: representations that...
12/03/2021
Blog: Ancient Worlds, Modern Communities: Interpreting the Ancient World through Music, Art, and Photography
The Ancient Worlds, Modern Communities initiative (AnWoMoCo), launched by the SCS in 2019 as the Classics...
11/29/2021
Blog: Whose Aeneid? Imperialism, Fascism, and the Politics of Reception
A few years ago, I read an essay by Elena Giusti in the now sadly defunct Eidolon. In this piece, Giusti considers...
11/22/2021
Blog: Dissertation Spotlight: Language and Difference in Herodotus
Classical Greeks often articulated a worldview that divided the world between Greeks and all other ethnic groups....
11/19/2021
Blog: Dissertation spotlight: The Price of Money: Aristophanes’ (Modern) Lessons from the Past
A conspicuous theme in Aristophanic comedy is the civic motivation of Athenian citizens, which is presented as...
END_OF_DOCUMENT_TOKEN_TO_BE_REPLACED