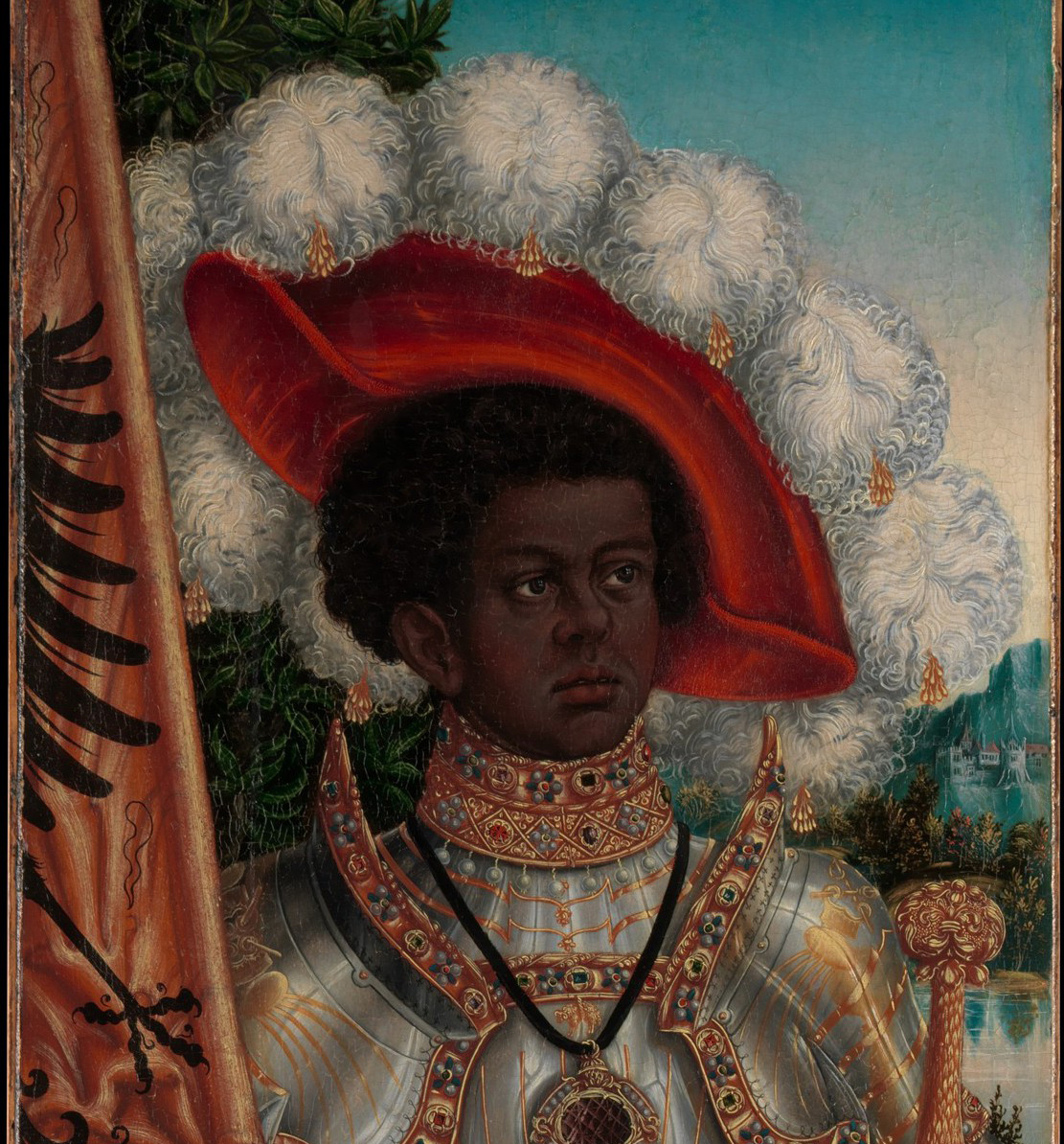 Race, Gender, Academia, and the Tactics of Digital Online Harassment

On Twitter, I describe myself as a “medievalist, digital humanist, feminist.” If you google me, you will find the most information about me vis-à-vis this digital medium. I have an academia.edu page that tells you really nothing (I have an image of an illuminated letter and a list of my interests); I do not have a personal website. This is not because I can’t create one or abhor the internet, as I regularly teach my students how to do so with Scalar and other digital publication platforms, but rather it’s a choice not to do so. I do not want to make it so easy to find out about me or what I do online. This lack of a website has been a regular talking point for institutions and colleagues who have invited me out for lectures or workshops. It’s an inconvenience but one I plan to continue doing because of the mass of harassment I expect to get when Digital Whiteness and Medieval Studies (forthcoming, ArcPress/WMU) comes out as it discusses online white supremacy (white supremacists/white nationalists/KKK/MRA etc.).

I have been thinking about online harassment for several years (since probably 2013) and the emergence of BIWOC hashtag activism. As a digital humanist, I have consistently worked on both ends of that field’s continuum: from a more traditional digital archive project that involved TEI/XML encoding eventually of a 161+ MSS corpus (The Archive of Early Middle English) to writing about race, gender, and online protest culture on Twitter and particularly hashtag activism and digital ethics. It is through my New Media/DH work that I have encountered the most resources and discussions about the awful, violent world of online digital harassment. In this way, I have been a real-time witness to the violent harassment, doxing, and stalking of prominent BIWOC activists and scholars, a number of whom were central in hashtag activism or wrote about gaming culture. I have been writing public articles or blog posts since 2014 including several individual and collaborative pieces for the technology journal ModelViewCulture: “Gawking at Rape Culture,” “TwitterEthics Manifesto,” “TwitterPanic,” and “Social Media and Academic Surveillance,” and “The Rules of Twitter” for an academic online journal. I started writing on the blog In the Middle about #medievaltwitter, #medievalwiki or medieval Wikipedia, about sexual harassment at medieval conferences; inclusiveness in Medieval Studies to pieces about Rachel Fulton Brown, the medieval historian turned Breitbart writer and Milo Yiannopolous acolyte, and to more recent posts about medieval studies and white supremacy problems, both after the 2016 US elections and after Charlottesville.

On account of the DH areas I have worked and written in (i.e. BIWOC feminism and online platforms and social justice activism), I have spent a number of years preparing for potential and possible harassment, doxxing, and online violence from the darker reaches of the interwebz—particularly the MRA/manosphere, gamergate, 4chan, subreddit, and white supremacist crowds. A number of my WOC feminist pieces on tech platforms have been flagged by various reddit and other MRA/manosphere threads and blogs. I have been on the SJW list of the #Gamergate types. I am also on various target lists on that dark side of the web because if you discuss any kind of issue related to feminism, social justice, race, #BlackLivesMatter, #NoDAPL, etc. on Twitter, let alone write about some of these topics, your name will be on these lists. So, I have prepared myself for potential violent attacks from the general public. I even have a worse-case scenario family emergency relocation plan. I have been a part of the Center for Solutions for Online Violence’s work on digital security and ethics (I have a video in there on classroom privacy and ethics), so I know exactly what resources are available if I need further help with online harassment, trolling, doxing, swatting, etc.

But I have been shocked by the recent spate of harassment, trolling, online violence directed at me this summer because it has not come from a general public but rather from academics themselves. In the recent MedievalFail – during the International Medieval Conference at Leeds and afterward in Old English Facebook groups in the aftermath of their ISAS conference in Hawaii—I have dealt with a number of violent online attacks from academics themselves. I am fully cognizant of what the online terrain looks like for a WOC who discusses race, social justice, inclusiveness, etc., and the fact that this intersectional identity makes me more of a target than, say, a white man who may say the same things. In addition, I also know that I have had some cover because I am an academic in comparison to my colleagues and friends who are activists, journalists and/or writers. You only have to consider the incredible digital violence that has been sent to @medievalpoc to understand that academic affiliation actually does shield you to a certain extent.

Because of recent national events, I also fully anticipate that with the political and public conditions and the pressure on universities from hate groups that I too will also get more abusive traffic coming my way. As I mention above and as a matter of necessity, I already know how to deal with this and have prepared. However, how do you address this when it’s actually the academics in your communities and in more closed and intimate online settings (like academic Facebook groups) that are using the tactics of the white supremacists/white nationalists/MRA and manosphere worlds of #gamergate? What do you do when they feel it is OK to try to call you “racist bitch” in a medieval forum and then stealthily harass you online behind the scenes (for instance, when Thomas McMaster—also known as Gay Girl in Damascus—decides to find you in another Facebook medieval group and flags every single one of your posts to be taken down)? This is not just having an argument with you on Twitter or Facebook or the comment thread of a blog or even writing a response post that addresses something you may have written. Instead, this has come to include the tactics of #gamergate and the white supremacists/white nationalists online—online harassment, mobbing, attempts at doxxing, puppet accounts that follow prominent white supremacists/white nationalists directing public traffic to you on Twitter, and in my case, also poison pen letters with intent of malice sent to senior academics around the world. Many of these online acts have different legal ramifications depending on what country you are in and what country your harassers are in. These last set of acts with intent to malice are within the realm of the first step into UK hate crime laws.

The demographic for these attacks in academic spaces or related to academic spaces—from Leeds onto the current controversies in some Facebook groups—have been chilling because these academic forms of harassment, doxxing, and other violent online tactics have come from young men in medieval studies—graduate students and early career. They literally are mimicking the tactics and stances of their #gamergate and white supremacist online counterparts in regards to (1) the need for inclusiveness in medieval studies and (2) any discussion race, sexuality, disability, gender as central to our work as medievalists. I have written about social media in a piece for Hortulus where the editors crowd-sourced questions from graduate students. The top question sought advice about social media use, and I answered by saying graduate students are adults, they should decide what kind of academic they want to be in the world and mainly understand and research first how each platform works (its usefulness but also pitfalls) and then make decisions about their digital academic lives. I still believe in this advice, but I think I should also add that if you do decide to use social media platforms as a way to harass, doxx, violently target other academics, especially BIWOC academics, then you are, in fact, whatever your degree, education, or level, behaving exactly like the worst corners of the violent racist and misogynist interwebz. You are also, in some countries, committing hate crimes and could and will be prosecuted as such.

There are certain strategies used when dealing with these kinds of crimes from the general public you do not know or are connected to in any way. They involving blocking immediately, filing more substantial legal and other complaints, getting law enforcement and often academic institutions involved depending on what country you may reside in. But what do you do when they are academics in academic spaces? I have this summer have had to contact department chairs—in the case of the puppet account (who I identified because they had harassed me in another digital forum and we had briefly met in person)—and also get an International Scholarly Society involved. I could have also called the UK police—as some of these violent online harassing attacks had fallen under their hate crimes statutes—to have them go and visit the various male medieval perpetrators. But I didn’t, I asked various academic authorities—department chairs and also the heads of scholar societies—to address and take action instead. What this shows is that when these forms of online harassment happen within our academic communities, academic authorities in these communities are going to now need to step up and help protect those being harassed and harmed.