Finishing my third trimester in the midst of a pandemic was not what I had planned for the last months of pregnancy. Since the Ides of March, we have sequestered ourselves in our house in Iowa City and cancelled any and all social gatherings––including the planned baby shower––as has almost everyone else across the globe. Although I lamented not being able to celebrate with family and friends in person, every day it seemed, small book-shaped cardboard boxes began to populate the front stoop. Their opening revealed that our academic friends had sent us their favorite books in hopes that reading to our little one might bring comfort, amusement, and maybe a little sleep into our lives.

In his history of the long and costly war between Athens and Sparta, the historian Thucydides explained that he had written his narrative to be “a possession for all time” and to be of assistance to those of future generations “who want to see things clearly as they were and, given human nature, as they will one day be again, more or less."1 Thucydides was a shrewd observer and analyst of human behavior

The new Classics Everywhere initiative, launched by the SCS in 2019, supports projects that seek to engage communities worldwide with the study of Greek and Roman antiquity in new and meaningful ways. As part of this initiative the SCS has been funding a variety of projects ranging from reading groups comparing ancient to modern leadership practices to collaborations with artists in theater, music, and dance. In this post we honor Black History Month and focus on programs that support and encourage the engagement of black communities globally with the study of classical antiquity.

Blog: Filming the Fable – Animals, The Lion King, and the Humanity of the Ancient Fable

Of the slew of Disney’s new live-action remakes, perhaps the most anticipated release was this summer’s The Lion King, directed by Jon Favreau. After all, the original 1994 version was arguably the crown jewel of the ‘Disney Renaissance’, enjoying massive commercial and critical success (followed by a highly successful Broadway production). More importantly - at least for those like me who grew up in the 90’s - it was a cultural touchstone, a perennial source of references, parodies, and praise.

One of the precepts of Joseph Campbell’s Hero of a Thousand Faces, in fact of his life work of studying myth, generally, is that myth is truer than the truth itself. The metaphoric power of storytelling is such that the story precedes reality. When one deploys the metaphor “my love is a red rose,” the statement suggests the profound truth of the beauty of love, its exquisiteness, its sensual power. 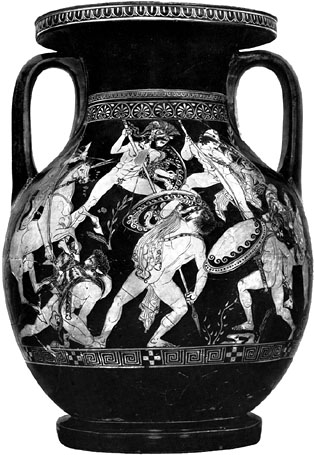