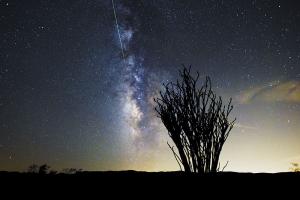 How can classicists best integrate students into the production of research? On the one hand, it usually takes many years of training to gain mastery of Latin and Greek; on the other, debates around the liberal arts in today’s academia are driving a renewal of teaching methods towards more practical approaches and transferable research skills.

A vibrant community of Classicists is working on these issues. There are now abundant digitized primary sources like manuscripts, inscriptions, and papyri, on which students can practice the basics while making small, though real, new scholarly contributions under expert guidance.

By carrying out syntactical analysis of Latin and Greek sentences in a process called treebanking, students can contribute new data that can be used to address various scholarly questions.

Neel Smith and his colleagues and students at the College of the Holy Cross run an extracurricular Documents and Inscriptions Club which is devoted to the study of incompletely published primary sources. They have, for example, described and transcribed previously unavailable manuscripts of Jerome’s Chronicles. The Homer Multitext project has undergraduates work in pairs to decipher and publish previously unavailable Homeric scholia. The EAGLE Project has made inroads in democratizing the practice of epigraphy by offering a mobile transcription app and the Story App, which allows contributors among the general public to enter a narrative about individual inscriptions.

A colleague and I direct a project, generously funded by the Mellon Foundation, called Perseids, whose goal is to enable the creation of collective digital publications made up of a variety of contributors (students among them). Students at my institution have used Perseids in intermediate Greek classes, where they edit and translate Greek inscriptions and contribute to the Flickr community (see for example here and here). Students in mythology classes taught in English worked on a social network of Greek mythology. In other classes, students delved deep into Greek and Latin morpho-syntax through treebanking, which allows the visualization and annotation of the dependency relationships in a sentence as a tree structure.

As is the nature of experiments, not all of them work equally well. We originally thought, for example, that students would be using Perseids to improve the texts in the Perseus corpus. This proved to be an unwieldy approach for very large texts and the pedagogical imperative wasn’t clear. Any such projects need to be carefully integrated into the learning goals of individual courses, or else done in extracurricular club on the Holy Cross model.

Technical challenges in this kind of work include designing the appropriate workflow, and supporting publication in a way that makes the results of student-faculty research collaborations widely and easily available. At University of Nebraska at Lincoln Vanessa and Robert Gorman have used Youtube videos to describe the workflows needed to effectively treebank and Latin sentence in an introductory Latin class. More of this kind of work will be necessary if student-faculty collaboration on such projects is to become easy and routine.

As for publication, although all data on Perseids is accessible for download by users, it still requires significant technical skill to be able to turn it into true digital publications. But it can be done. A good example of a successfully published and usable project using Perseid’s tools is J. Matthew Harrington treebanking of the entire AP curriculum. Giuseppe Celano designed Dolphin, which calculates the degree of agreement between treebank annotations, thus allowing for quick grading and further analytical tasks.

Those of us without extensive computer skills must work closely with colleagues whose training and expertise is often not in Classics, but rather in vastly different areas such as technology and engineering. Forming such teams is another challenge. We need to find points of intersection where each colleague feels comfortable, yet engages productively with the other’s area of interest. We have documented our collaboration as a series of blog posts on skills exchanges.

While there are still significant technical, pedagogical, and collaboration-related issues to be worked out for student-faculty digital publication to become widespread, this open approach to scholarship offers promising avenues for Classics, as we move away from the “lone scholar” model to embrace broader collaborative methods and share research materials and results freely.

Marie-Claire Beaulieu is Associate Professor of Classics at Tufts University. Her interests include Greek religion, especially centering on Greek cult and myths of the sea. Her most recent book, The Sea in the Greek Imagination (University of Pennsylvania Press, 2016), proposes that the sea marks the boundary between mortals, immortals, and the dead. She is the co-director of the Perseids Project, a collaborative online environment in which users can edit, translate, and produce commentaries on a variety of ancient source documents, including inscriptions, medieval manuscripts, and texts transmitted through the manuscript tradition such as Homer's Iliad. Marie-Claire.Beaulieu@tufts.edu

07/23/2021
Blog: “Can We Strangle the Muse?”: Carson and Bruno’s The Trojan Women
By Christopher Trinacty, Emma Glen, and Emily Hudson (Oberlin College) Anne Carson’s celebrated adaptations and...
07/12/2021
Blog: Contingent Faculty Series: A Conversation with Daniel Libatique
Our fifth interview in the Contingent Faculty Series is a virtual conversation between Dr. Taylor Coughlan and Dr...
07/06/2021
Blog: Six months in(surrection)
Today marks half a year since insurrectionists stormed the U.S. Capitol, occupied the Senate chamber, violently...
06/28/2021
Dissertation Spotlight: The “Oracular Tale” and the Oracles of the Greeks
Joseph Fontenrose’s The Delphic Oracle (1978) fundamentally reshaped how we think about Greek oracular divination...
06/24/2021
Blog: Ancient Worlds, Modern Communities: Connecting to the Ancient Greeks through Medicine, Sociology, Literature and Philosophy
The Ancient Worlds, Modern Communities initiative (AnWoMoCo), launched by the SCS in 2019 as the Classics...
END_OF_DOCUMENT_TOKEN_TO_BE_REPLACED