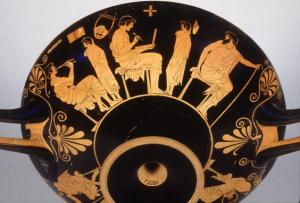 Stephanie Kimmey: My interest in Classics began with Cleopatra in Middle School. I was fascinated by this Greek, female ruler of Egypt. Hollywood portrayals, as problematic as they are, presented such an interesting image of a woman navigating different worlds. This resonated with me in a way that no other historical figure had because of my own multicultural upbringing, trying to navigate my own set of worlds. This connection made her more real, even though I was nothing like her, and inspired me to want to know more about this ancient culture, which eventually led me to Classics.

The summer after my sophomore year in college, I participated on my first excavation in Israel, and my interactions with the material culture and ancient sites, like Petra, drew me in. When I returned, I shifted my studies to archaeology, because I wanted to be part of uncovering and understanding the past. You never really know what you’ll find at an excavation and how what you find can immediately change what we thought we knew. I’ve really found my passion working with ceramics at Nemea. These weren’t the fancy, complete vessels you see in the museums, but thousands of sherds from hundreds of vessels used every day by ordinary people.

TBK: Can you tell us about your unique path to your current position as a Visiting Assistant Professor at Colorado College? What are you looking forward to in your new position?

SK: Throughout graduate school, I was a tutor at the Writing Center. I loved working with all students one-on-one and being exposed to writing styles and disciplines from across campus. Serendipitously, there was an opening for a temporary position at the Writing Center when I finished, which turned into the Assistant Director (AD) position. For the three and half years as AD, I was also teaching courses on the ancient world for the Honors College. I was finding a path to working with students and continuing my field research within a staff position. With the security of the full-time staff position, I was able to be more selective when applying for jobs. This allowed me to focus on teaching positions that appealed to me, but also other administrative and Writing Center positions.

In my new position, I’m most excited about teaching new courses and building the curricula in archaeology and material culture. There haven’t been many openings in departments for archaeologists, so this was a rare opportunity. I understand the struggles in academia, but I strongly believe that the study of the ancient world is incomplete without the study of all the objects people used. My aim is to present the ancient world to majors and non-majors in a way that helps to bridge the gap that some students see between us and them, who lived so long ago.

TBK: You have had experience in both the teaching and administrative aspects at a university. How have these impacted your perspective and experience of academia? What have you learned from being in these different positions?

SK: Academia is a complicated place. I’m sure we all are aware of this, but there are so many aspects that get split between teaching and administration. Even though I became AD after receiving my Ph.D., two staff members in my office, including the Director of the Writing Center, were still finishing their degrees. This allowed them to both see everything as a graduate student but also as a staff member of the university. I know the feeling when there are too many voices in the room, but I think that academia could do a better job at balancing those voices.

While being in the classroom can keep you connected to students, I found that engaging with my student employees was the best way to ensure that I was supporting them both as a teacher and an administrator. It’s unique that I spent three years teaching a preparatory course for writing tutors. Knowing what those students needed to learn in order to be good tutors allowed me to alter my teaching style or the course itself. Now, I’m not saying that every administrator should be in the classroom and vice versa, but I do think the classroom, the student’s future outcome, and the school as a whole should be considered. I think that more open communication and shared experiences would benefit everyone.

TBK: How do you think departments and the university administration can adapt to better serve contingent faculty members?

SK: While this is not a novel answer, the honest one is support. The directors at the Writing Center always strove to be the “best bosses” on campus, and they really were. They did this in the simplest way: their employees are people with lives and other responsibilities; work shouldn’t be a hindrance to that. When I stepped into the AD role, I was able to carry that forward. We had a work environment that was easygoing and communal, which meant we all enjoyed working there more. Feedback and training were more productive because we knew they came with the goal to help everyone improve, and it translated into the level of tutoring the students received.

This carried over to my time in the Honors College, where I worked with one of my former Writing Center bosses, who invited me to teach. She knew that I wanted to be in the classroom more, so she offered me the opportunity to create new courses, which often included material that some departments would be hesitant to offer. I was able to develop some very interesting courses that were mostly taken by non-majors, and thus share the ancient world with people who might not have interacted with it [otherwise].

This is a long way around to say that contingent faculty should be supported by departments and the administration. Recognizing that they are contingent means they are balancing between “I want to show that I’m invested” and “I have so many other things on my plate,” which comes with a temporary or staff position. It is important to acknowledge that there are people in the field who can be assets who are not in “traditional” academic positions. When I told past professors that I was working as AD of the Writing Center, many would look down on it — until I said I was also teaching courses in the Honors College. It was like my work at the Writing Center wasn’t a good use of my degree, when I would argue that everything I did as AD came from skills I honed gaining a Ph.D. I do want to stress that there are also many people out there that supported my path, but it’s been a slow shift to get there.

TBK: Looking back, what advice would you give to other young scholars just starting their careers?

SK: Two things: try everything, and follow your happiness. When I was first on the market, I did get a VAP, which I turned down to take the AD position. This was a hard decision, but in the end, I went with the option that excited me, even if it was non-traditional. There’s that constant pressure to be a Classicist or an academic, where you have to get a tenure-track position at a large research institution and publish books. It took me a long time to realize that what I wanted to do was work in a field as part of a team and work with students. These are things I can do through so many different career paths, especially with the right support system. Luckily, I do think a lot of people in Classics are beginning to realize there are so many ways to be part of the field and part of academia, and yet find a different path there.

TBK: Looking forward, what are your plans or new projects for the future?

SK: I’m very excited to be part of launching a new project, Rhea Classical Reviews, an online, open-access book review journal that spotlights emerging or alternative academics as both authors and reviewers. But right now, I’m focused on this upcoming year at Colorado College, the courses I’m developing, and exploring a new city. 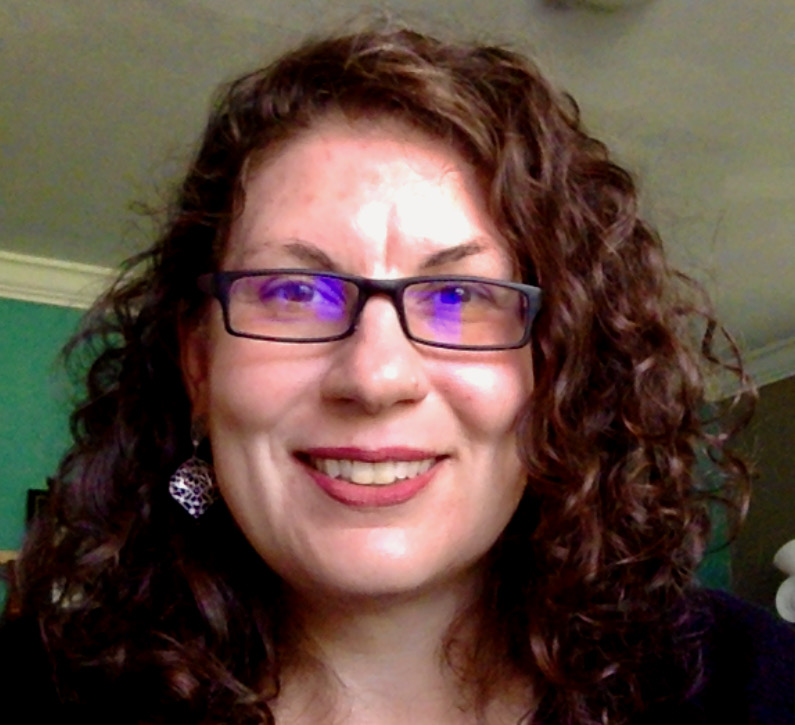 Theodora B. Kopestonsky is a Distinguished Lecturer in the Department of Classics at the University of Tennessee, Knoxville. She received her Ph.D. in Classics from the University at Buffalo in 2009 and has been teaching ever since. She has published several articles on ancient Greek ritual practice, particularly on Corinthian terracotta figurines, dedicatory traditions at shrines, and the nymphs, as well as on Latin pedagogy utilizing pop music to teach poetry.

Dr. Stephanie Kimmey recently joined the Department of Classics at Colorado College as a Visiting Assistant Professor. She received her PhD in Art History and Archaeology from the University of Missouri, Columbia in 2017. Stephanie’s research explores the intersection of Greek religion and daily life through everyday objects and ceramics to better understand the individual, personal experiences through the things people leave behind. She has been active in excavations throughout Greece since 2006, working at Nemea (nemeacenter.berkeley.edu), Mycenae, and Aidonia. Before joining Colorado College, Stephanie worked as the Assistant Director of the MU Writing Center.

04/13/2022
Blog: Two Years Later: “Classics” after Coronavirus?
In an April 2020 post for Eidolon, I gathered predictions on “classics after coronavirus.” Two years later, it’s...
04/08/2022
Blog: Ancient Worlds, Modern Communities: Increasing Accessibility for the Study of the Ancient World
The Ancient Worlds, Modern Communities initiative (AnWoMoCo), launched by the SCS in 2019 as the Classics...
03/21/2022
Blog: I Love You, I Hate You: A Student’s Perspective on Learning Latin
I have always enjoyed Latin class because it felt like a puzzle, much like math. Find the verb, find the noun that...
03/18/2022
Blog: Power to Punish and Authority to Forgive: Imperial State and Imprisonment in 4th-Century Antioch
Research ideas often develop out of chance encounters or unplanned circumstances. My dissertation project was born...
03/14/2022
Blog: Sampling Epic in Kendrick Lamar’s “Mortal Man”
Because it’s spirits, we ain’t even really rappin’ We just letting our dead homies tell stories for us....
END_OF_DOCUMENT_TOKEN_TO_BE_REPLACED