Blog: A Short Note on the Renovated Epigraphic Museum in Athens

Prof. Laura Gawlinski takes a look at the newly renovated Epigraphic Museum in Athens and notes the ways in which museums are working to make their holdings more accessible for students, teachers, and the public. 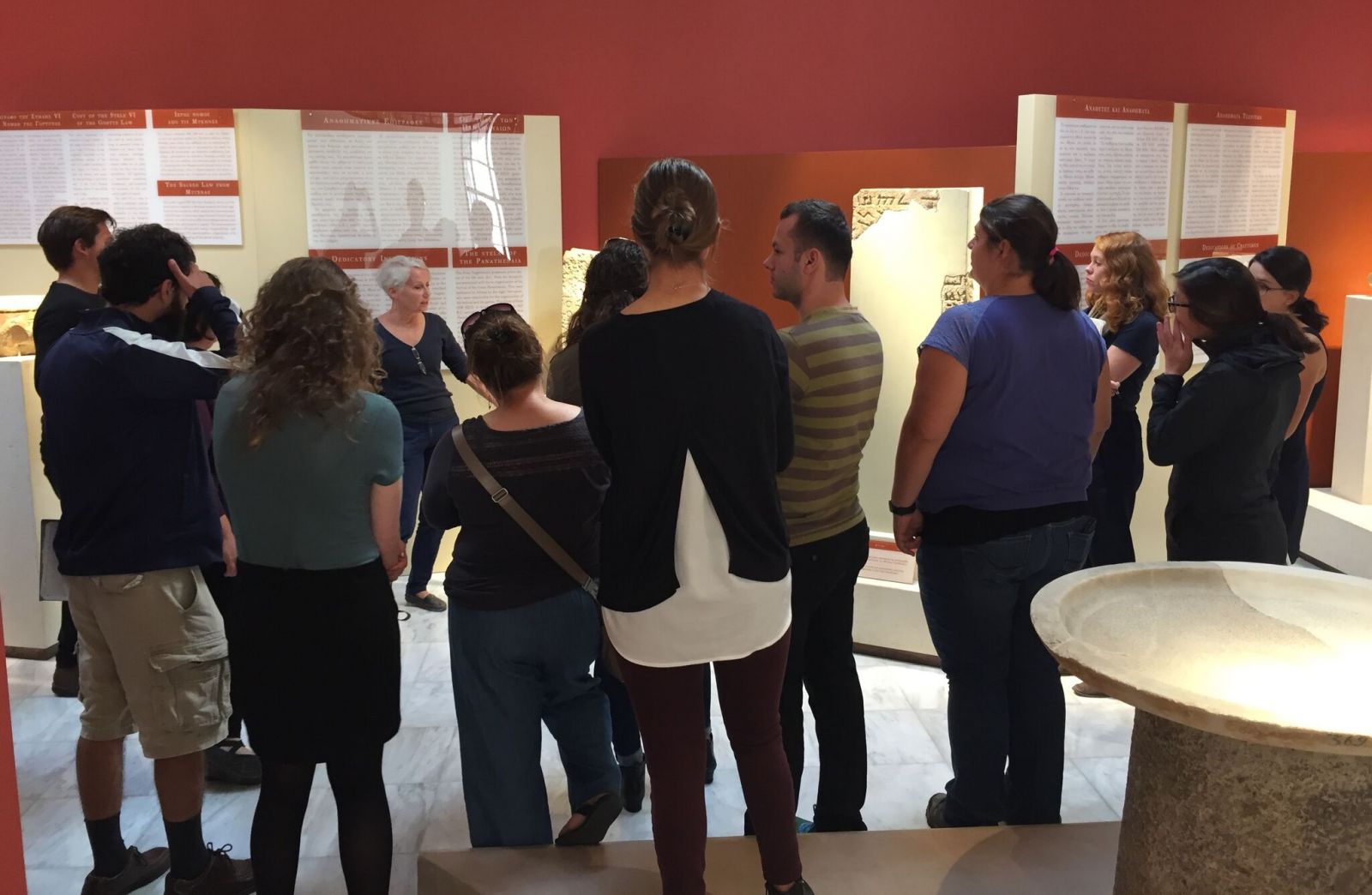 Renovated Room 11. Molly Richardson (ASCSA/ SEG) introduces the EM to members of the Regular Program of the American School of Classical Studies at Athens.

Review: Papyri.info: A Searchable Database of Papyri and Translations Online

Papyri.info is a resource for the study of documentary papyri with two parts. The first, the Papyrological Navigator (PN), whose development began in 2006, aims to integrate and allow simultaneous querying of five existing papyrological databases. The focus thus far is on Greek and Latin texts, with selective inclusion of Coptic. A later development, the Papyrological Editor (PE), launched in 2010, offers the facility for users to contribute directly, in the form of corrections to entered data, new data entry, in particular new text editions, and even “born digital” editions of their own, all reviewed by an editorial board.

The Packard Humanities Institute’s Searchable Greek Inscriptions revolutionized the accessibility of ancient Greek epigraphic texts, first in CD-ROM format and then online since 2005. David Packard, Jr. initiated the project in the late 1980s as a collaboration between teams of scholars at Cornell University and The Ohio State University, and supported it financially through the Packard Humanities Institute (PHI). The original intent was to produce searchable texts of the well-over 200,000 inscriptions published in volumes like Inscriptiones Graecae (IG). The PHI editors did not aim to replace or fully re-edit the published editions of the texts, but did make corrections and standardize many inconsistencies.

The Atlas Project of Roman Aqueducts (ROMAQ) is an initiative to collect published information about Roman aqueducts from the period of 400 BC to 400 AD. The project website was developed between 2004 and 2011, but the database and other efforts do not appear to have been actively updated since 2013. As it stands, the project’s scope is limited to large aqueducts that served cities and towns, excluding smaller aqueducts that served areas like villas and mines. The need for such a project, as the authors highlight on the landing page, is four-fold:

Attic Inscriptions Online (AIO) presents translations of Attic inscriptions alongside cross-references to Greek texts, images, and notes. The website is the creation of Stephen Lambert and is affiliated with the Europeana Eagle Project. As of March 2017, AIO contains over 1,000 inscriptions with the eventual aim to provide translations of the 20,000+ inscriptions originating from Athens and Attica. The majority of the translations are by Lambert himself, with the remaining texts translated by a team of collaborators.